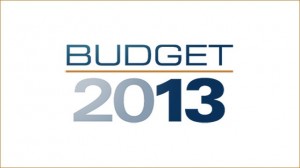 It’s been a day of wins and losses for pubs and other businesses involved in socialising and tourism. VAT remained at 9%, but excise on beer, cider and spirits have been hiked by 10 cent per unit (per pint for beers, and per measure for spirits). The price of a bottle of wine has also increased by 50 cent.

What does this mean for pubs and customers? Although the 10 cent rise applies from midnight tonight, it’s unlikely that the cost will be immediately passed on to customers just yet. It may take a week or two for pubs to have a review and see what they do. Some will likely look to their competitors to see what they do, and some may even hold off until the new year before increasing prices. This was more easily done in previous years when the budget was closer to January or when the changes didn’t take effect immediately.

This means that in the last year or so there has been an increase of up to 30 cent on the price of a pint, mostly passed on to the consumer. There was a 10 cent excise increase in last years budget and Guinness also put up their prices by 10 cent around the same time.

It’s not good news for pubs or customers.