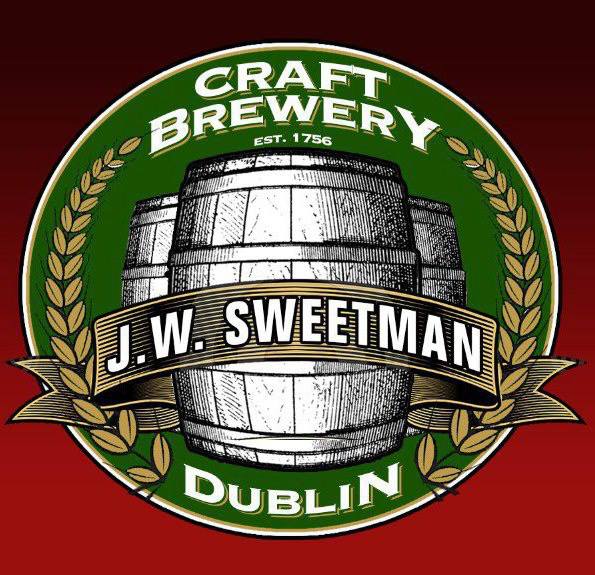 A few weeks ago we paid a visit to JW Sweetmans on Burgh Quay to finally take the plunge and try their brewery tour. Here’s a short account of what it’s like, should you be considering how to spend your Wednesday evening.

Since they opened early last year, Sweetmans have been making their on site brewery the focal point of the bar, highlighting the fact that they are the only brew pub in the city at the moment. We had tried a few of their brews before and were very impressed. At only €4.50, and €4.00 for one of the brews, it’s very good value for a good craft beer.

The tour starts on the top floor and is hosted by one of the knowledgeable barmen. We’re treated to a short history of the site and also of the Sweetman name, which stretches back further than the Guinness legacy so we’re told.

After the history lesson we move down to the ground floor where we take a peek in at the vats that are visible to the public. We get a short explanation of the brewing process. Enough of an explanation for us novices to understand, but not so overwhelming that it seems like a biology lesson (even though it kind of is). 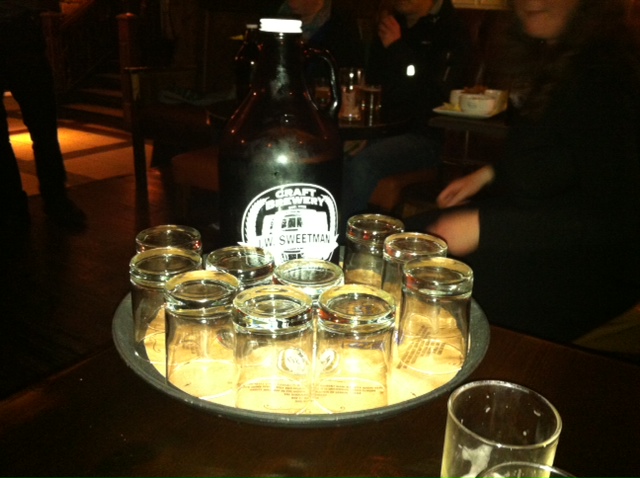 Finally, we get downstairs to the tasting room. From there we can look in at the ground floor of the operation, and even see the brewer in action. Our guide gave us some more in depth explanations of the brewing process and origin of their beers as the samples were handed out. The samples were each placed on a circular tasting matt with descriptions of what we were drinking. We had 6 samples, including kolsch, pale ale, and the rest of the range. They also supplied us with a few nibbles, including pork scratchings, which are fairly rare in Dublin pubs.

All in all, I think it’s worth the €15 and proved a very enjoyable evening. You’re not exactly on the operating room floor of the brewery, but you do get a nice flavour for the history of the place and it’s nice to have a try of all the brews in the company of someone who can take you through what you’re tasting.

Even if you’re not looking to do a tour, I’d recommend giving Sweetmans a try. Their beer is good and you can order it by the pint or get one of the tasting trays to see what you like. They do some good after work specials, including on Thursday evenings. If you book for 4 or more people and arrive between 5-7pm you get a free pitcher and finger food. Can’t really say fairer than that.

The tour runs every Wednesday from 7.30pm and costs 15e per person.

* We’re very aware that our photography skills are somewhat lacking.