post-title 4 maps that tell the story of beer consumption in Europe.

4 maps that tell the story of beer consumption in Europe.

Most popular beer in each country

The favourite beers from around the world. Source: Vinepair- http://vinepair.com/wine-blog/most-popular-beer-every-country-map/ Click to expand in new tab

Beer consumption in Europe per capita and per year 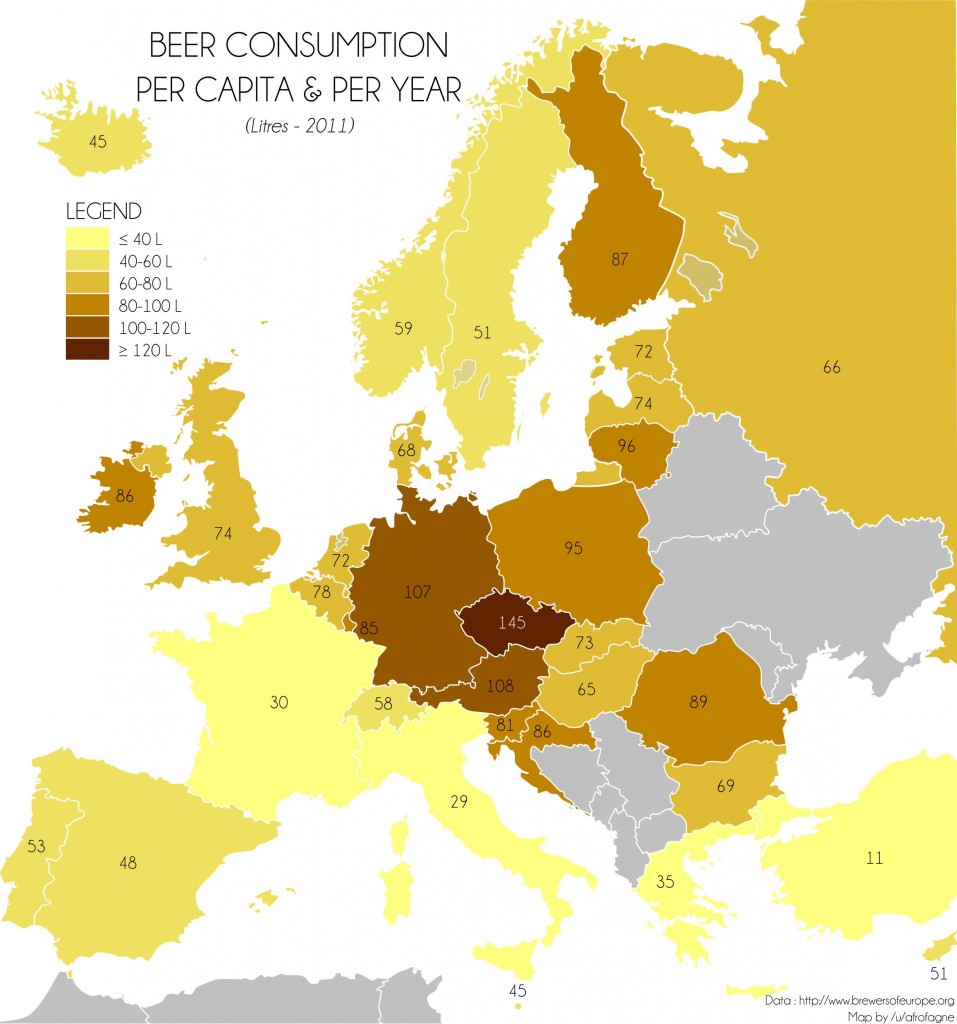 The amount of litres of beer consumed in Europe per capita per year.
Source: /u/afrofagne on reddit.com/r/mapporn

How many beers can you buy with monthly minimum wage in Europe? 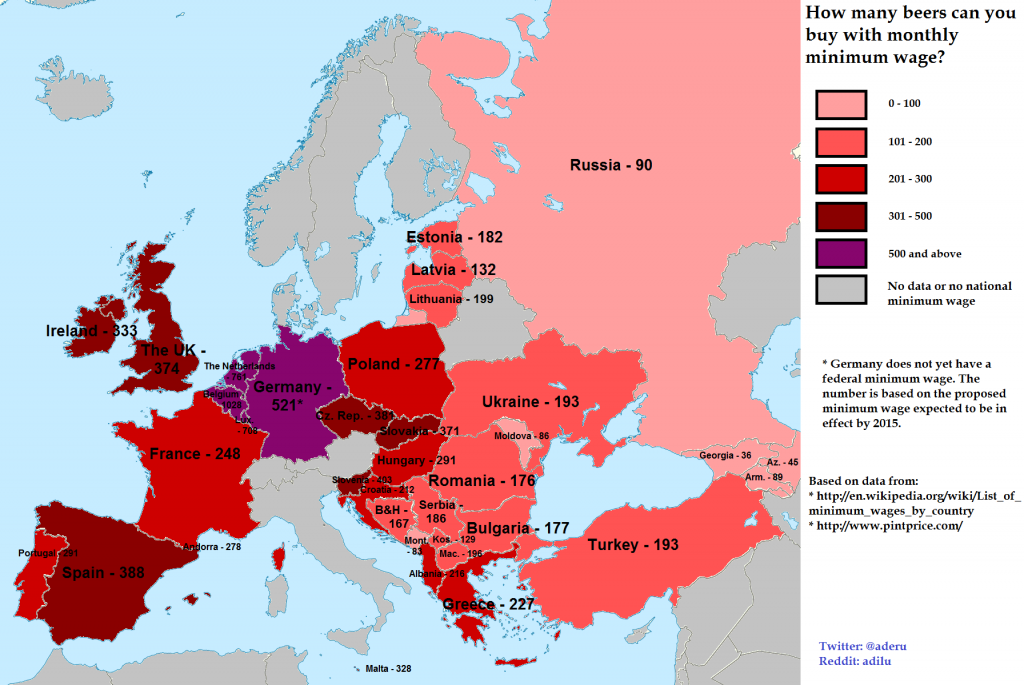 How many beers can be bought with the minimum wage in Europe.
Source: /u/adilu reddit.com/r/mapporn

The word for beer in European languages. 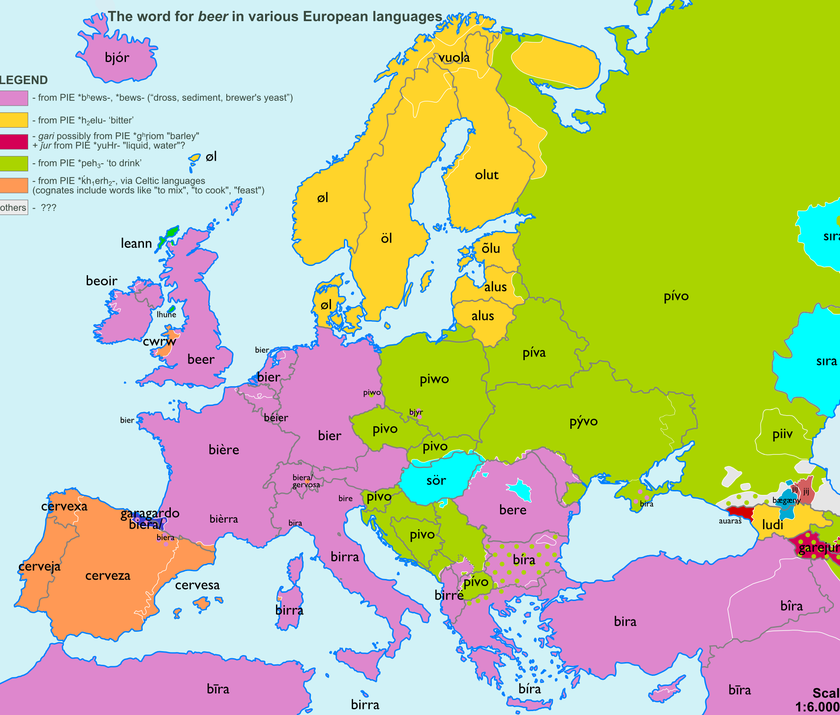