post-title Deals for before and after the AC/DC gig.

Deals for before and after the AC/DC gig.

There’s a number of pubs in Dublin offering deals before and after the AC/DC gig in the Aviva, including drinks deals and free entry to nightclubs with your ticket. There’s also a number of after parties going on playing AC/DC tunes or with cover acts.

Here’s a number of them, starting close to the stadium.

The Waterloo bar is on baggot street across the canal and very close to the stadium. A good place to get fed and watered beforehand.

Going to see ACDC rock it in the Aviva on Wed? Call in for ribs, wings & 4 btls of Howling Gale Ale for €30 before the gig #ACDCDublin

The 51 bar on Haddington road

is close to the Aviva, serves food and has a selection of bottles for €4 including- Kopparberg, Erdinger, Budvar, Pilsner Urquell and pints of Tiger, Paulaner & Becks. Enjoy them on the terrace at the front of the pub.

Heading to @AVIVAStadium tomorrow? Call in and we’ll get you fed and watered beforehand #ACDC#RockOrBustWorldTourpic.twitter.com/zjjjRqmWYC — The 51 Bar (@the51bar) June 30, 2015

Club Hell is one of the biggest bars for rock music in Dublin and tonight they’ve got plenty of drinks deals after the gig, including €3.60 pints. It’s free entry. 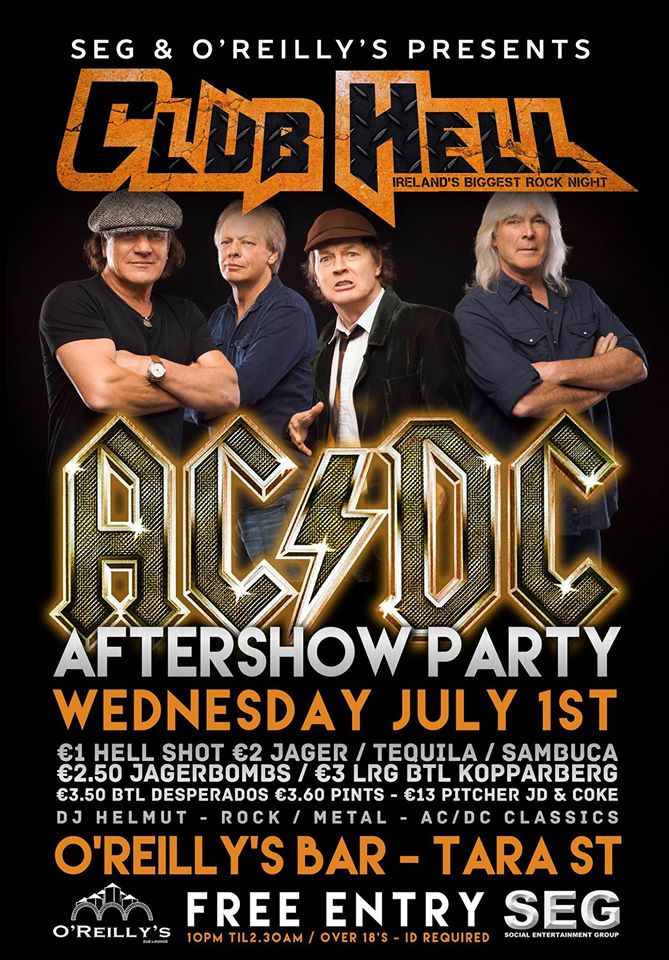 Sin é on the north quays have an AC/DC tribute act if you want to keep on going after the show. 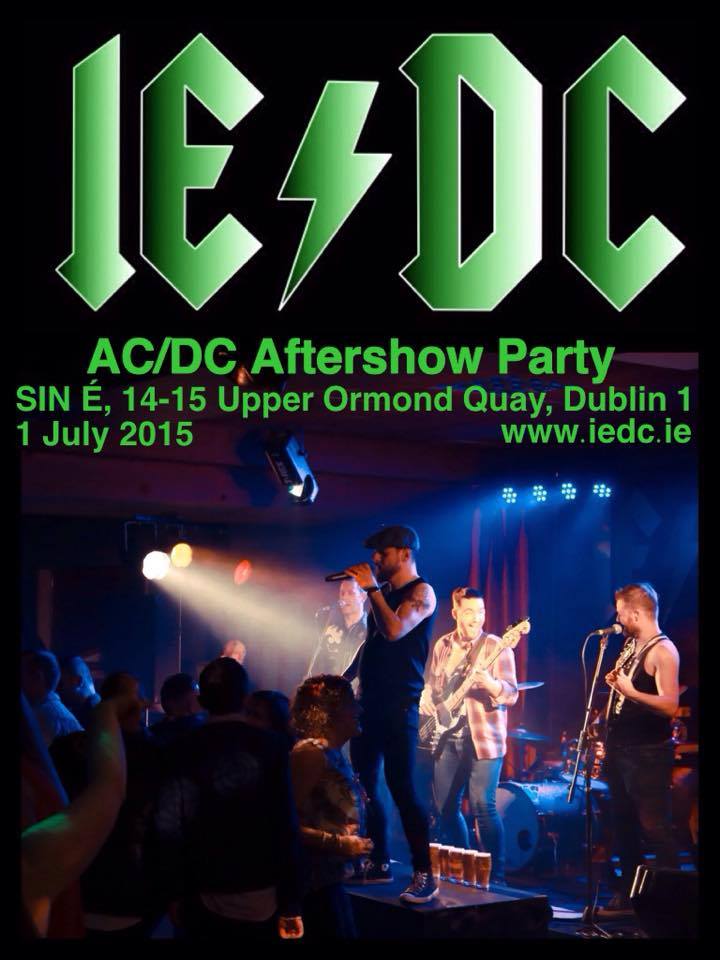 If you’re living on the northside you can pop over to McGowans on the way home and get free entry with your tickets to their late bar and avail of their drinks promotions.

on Parnell street have an after show party with 9 Stone Cowboy playing a tribute set to the band. They’ve got a great big beer garden and will be serving some drinks specials. 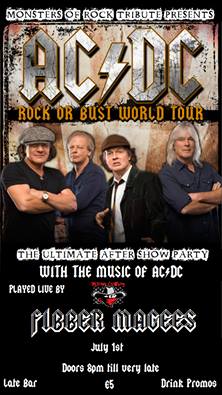 have 10% off your meal with your AC/DC ticket.

Heading to ACDC tonight in the Aviva? Produce your ticket in Copan and receive 10% off your meal

Crow Black Chieck will be playing an AC/DC tribute following the gig in The Mezz in Temple Bar. 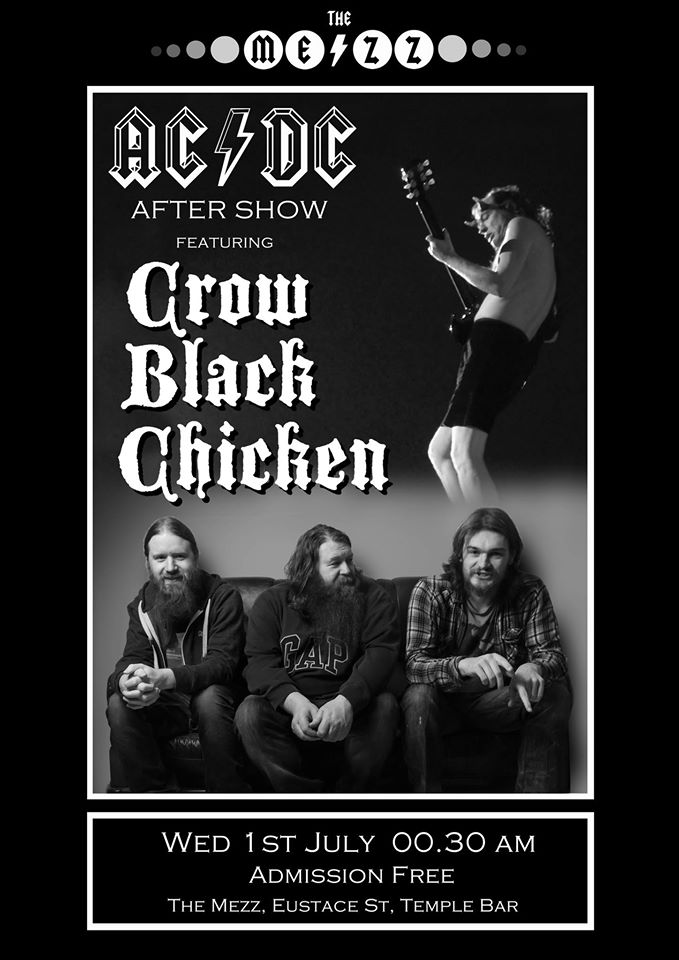 The Wiley Fox, formerly The Pint, is giving a free bottle of sol to any AC/DC fans that show their ticket.