post-title Oscars call for a Yes vote in marriage equality referendum via their wifi code!

Oscars call for a Yes vote in marriage equality referendum via their wifi code!

Oscars bar in Christchurch have had lots of success lately in making their wifi code go viral. They recently had thousands of retweets for their wifi code ‘Hipsterpleasebuysomething’. Now, they’ve done it again, but they went for something a bit more political.

Their new password is ‘VoteYes#MarRef’ , which refers to the upcoming referendum in May that seeks to allow same sex couples to marry. 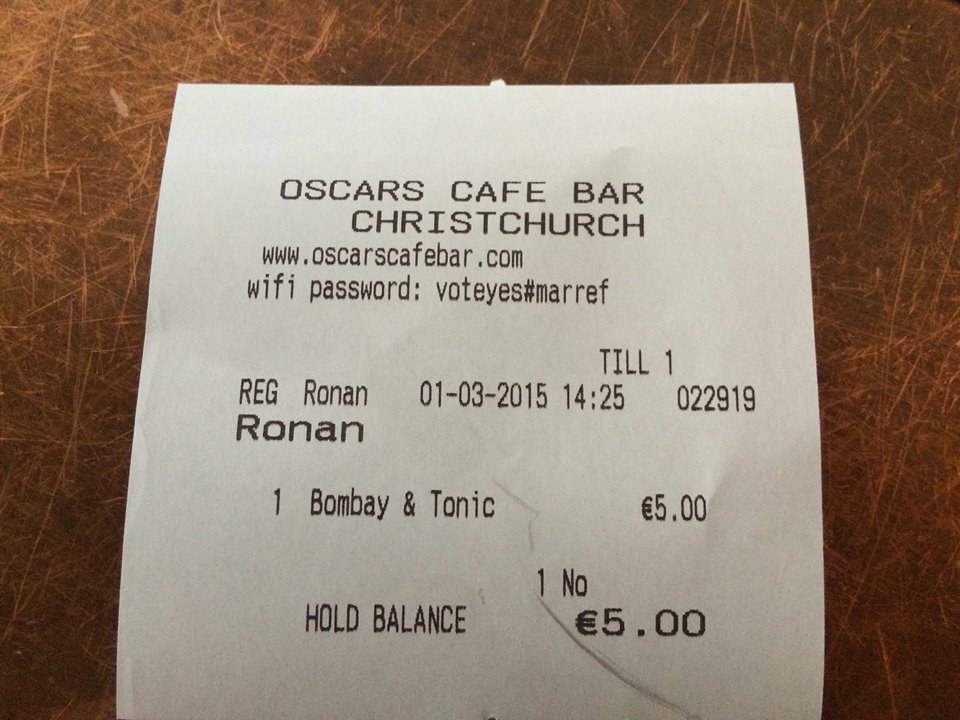 We posted the photo on twitter at 1.50 and it’s currently making its way around the web.

We got in touch with Ronan from Oscars and he told us this, “We were approached to host a fundraiser night in Oscars Christchurch  on March 16th for Marriage Equality  with Justlin Utley performing.
We were delighted to host this event. Changing our wifi code to “voteyes” is our way of showing solidarity to the Gay Community and we would love if other businesses followed suit.” 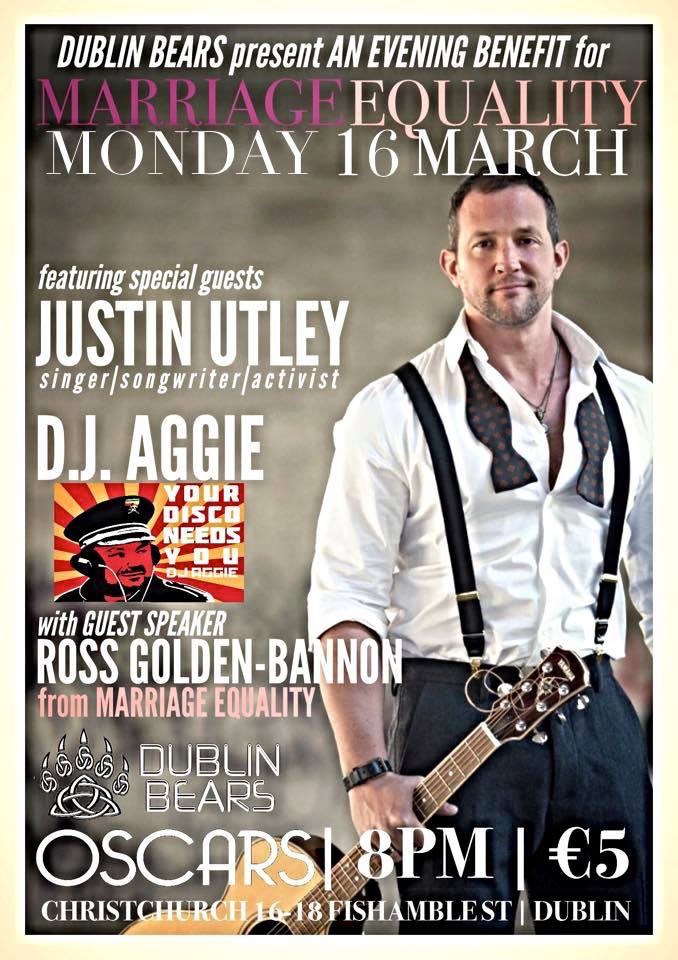 So far we’ve seen a few bars lending their support to the yes campaign. Both Sin é and Slatterys on Grand Canal street both holding fundraising nights for the Yes campaign in their bars. We’re sure to see more bars showing their support in the coming months.