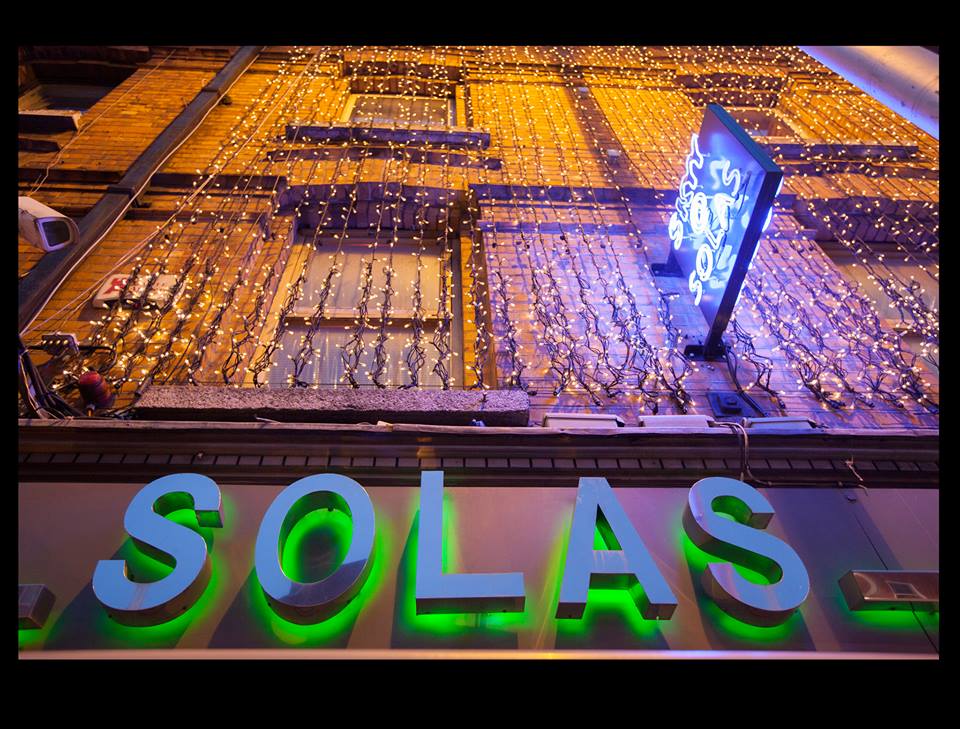 So, there was some confusion today about the state of affairs in Solas bar on Wexford street, but we can confirm that Solas bar is still open and has just been taken over by new owners. It’s remaining the same.

The confusion arose from a facebook post on the Solas page earlier today saying goodbye which was written by the old owners/management.

Thank you sooooo much.To all the good people who supported us over the last thirteen years to the people who drank our cocktails ate our food listened to our music and had a great time,we thank you,to the people you met and fell in love with be nice.to all the staff who worked hard and made Solas what it was you will not be forgotten,to the djs who’s kept us going,well done…to the journalists who wrote the kind words and understood what we were doing thank you
But today on this fine sunny day we must say good bye
And we will miss you guys
So long……..
13years not forgotten

We spoke with the new owners a few minutes ago who wanted to assure people that Solas is still open and trading as normal. It’s just a change of ownership. All your bookings and parties will go ahead as planned.

So, rest easy, Solas is still with us.