post-title 1916 commemoration talk in Sweetmans with beer sampling and food.

1916 commemoration talk in Sweetmans with beer sampling and food. 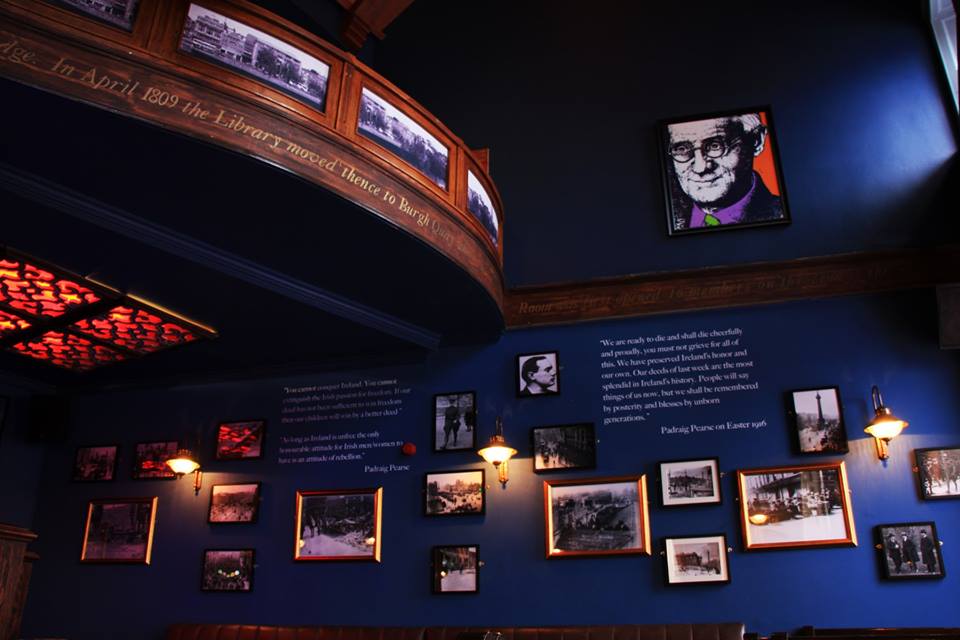 JW Sweetman’s on Burgh quay have recently been running history nights, focusing on the recent past of the original Sweetman brewery, their building, and the general history of Dublin.

This Thursday night they will be holding a commemorative talk on the 1916 rising. The talk will be given by historian Gerry Cooley. The talk will last 2 hours and will be accompanied by a tasting tray of the Sweetman beers, which are brewed on site, as well as a selection of finger food.

Included in this taster is their limited edition 1916 stout.

The talks take place up on the 2nd floor, where there’s an excellent view over O’Connell bridge and the Liffey, where much of the 1916 fighting occurred.