post-title A new Irish brewery has made a Brexit beer.

A new Irish brewery has made a Brexit beer. 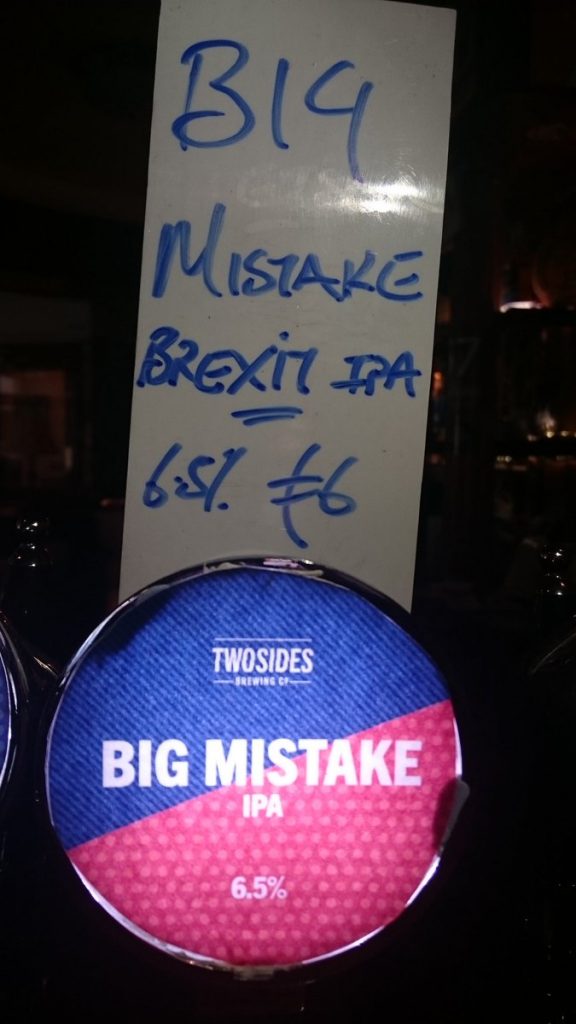 A few weeks ago we told you about the new ‘Two Sides Brewing Company’ that launched recently in the city. They’ve launched a few beers so far, brewing in collaboration with other breweries. Their latest one has made the international press in the last few days.

Their ‘Big Mistake Brexit IPA’ is on tap in 57 The Headline. In the wake of the big vote, word got around that the beer existed, and a few photographers came to the pub to capture an image of it. The photos have since made their way to PBS Newshour in the USA, The Irish Sun, and Reuters.

The beer is a collaboration brew with the 5 Lamps brewery, which is located only around an 8 minute walk away from 57 The Headline.

‘2 Sides Brew Co’ obviously think Brexit was a mistake. Take that in contrast with the JD Wetherspoon boss Tim Martin, who had thousands of pro Brexit beer mats printed and distributed to Wetherspoon’s pubs around Britain.

So far as we can tell, the beer is only for sale in 57 The Headline at the moment, but all their other beers have also been sold in T.O. Brennans on Dominick street. What we can say for sure is that the beer probably won’t be getting exported to the UK any day soon.