post-title A peek inside a private members bar: The Law Society

A peek inside a private members bar: The Law Society 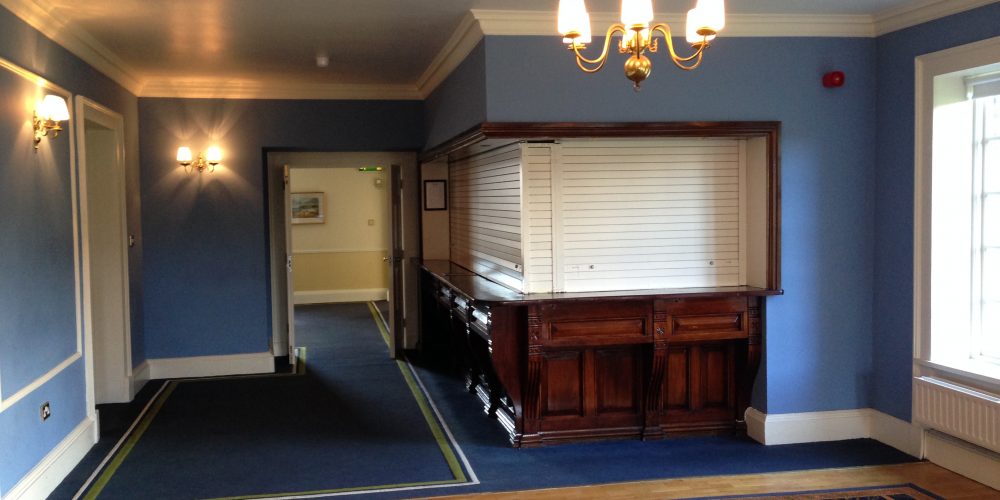 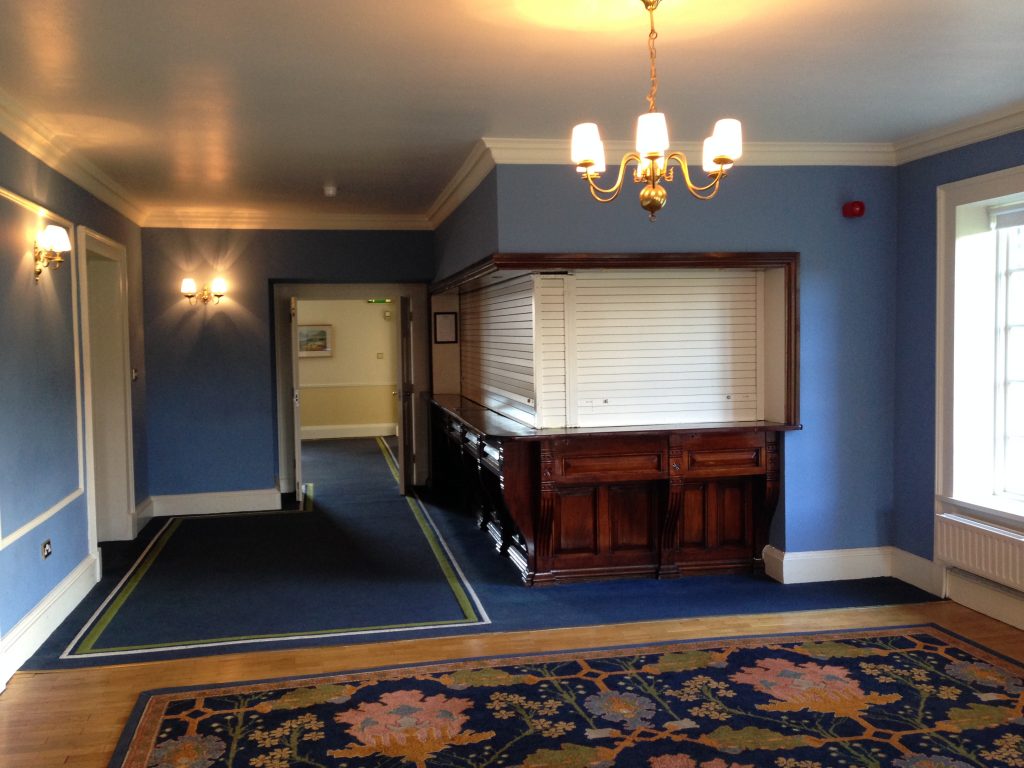 It’s been our intention for a while to be able to get into a few private members bars around the city, take some photos, some video, and maybe put it all together into a short documentary or at least an article.

A few weeks ago the opportunity unexpectedly presented itself to see one of these private members bars. The Law Society in Blackhall place opened it’s doors for Open House, a weekend of insight into the architecture of Dublin. It’s not unlike culture night, but focuses more on architectural feats big and small.

There’s an easy joke about studying for/at the bar here, but we don’t pick such low hanging fruit.

During the tour of the Law Society we were brought through the members bar at the back. The shutters were down on the bar itself, so we couldn’t see what it was stocked with. In appearance the room wouldn’t be out of place in a more upmarket GAA or tennis club, which is in contrast to the grandeur of some of the rest of the building.  The bar opens onto an outdoor area that looks over a green area, including a football pitch. Collin’s barracks can be seen over the massive perimeter walls.

It’s a small enough room, but it does have a good deal of natural light.

We’re not sure what level of exclusivity the bar has with regards to members and whether students can drink there. We also don’t know how regularly they open and whether it’s just for big engagements. I guess we’ll have to put those on our list of questions for when we try to get an inside peek into there and the rest of the private members bars.

We were in the Dáil in the same day but the tour didn’t include either of the bars. If you have suggestions for more private members bars, we’re all ears. One other one on our list is the bar in the Freemasons building on Molesworth street.