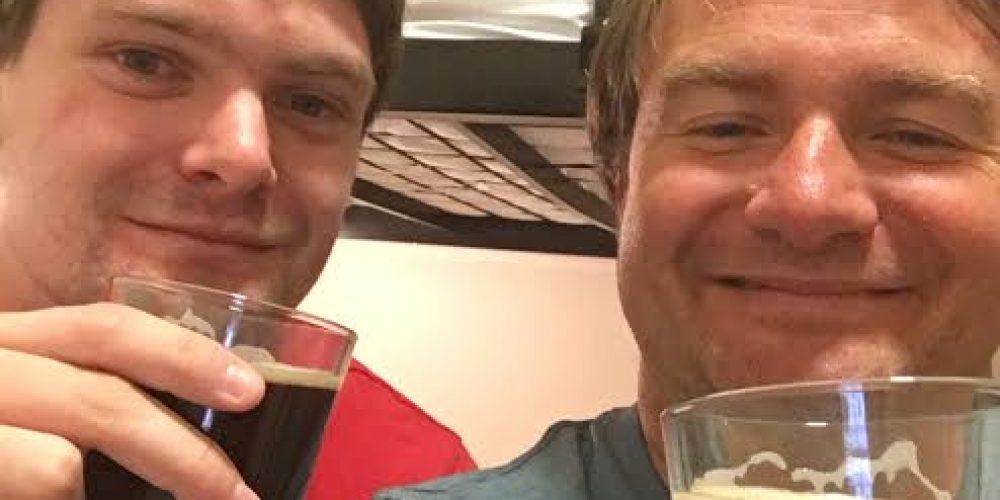 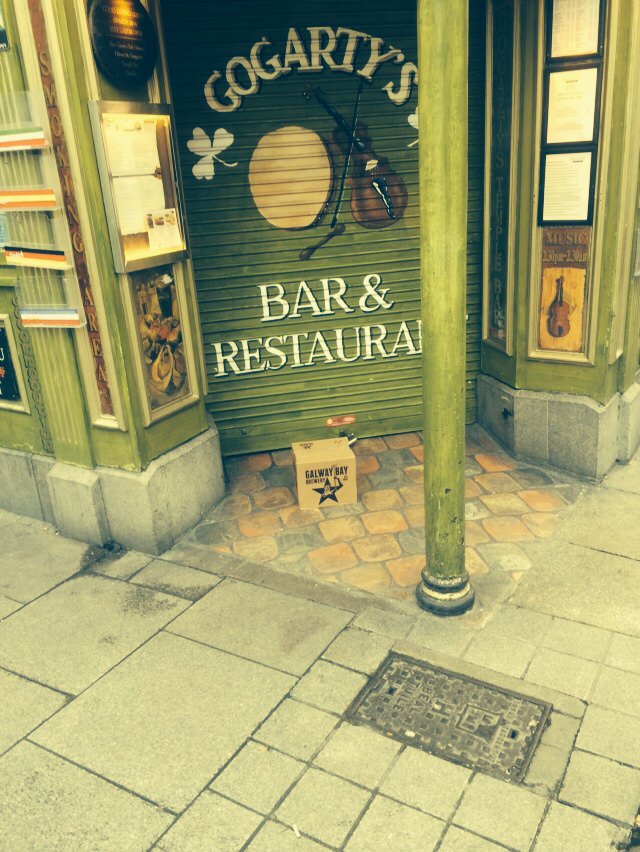 For the most part, the Publin audience is comprised of people native to the city or people that live here full time. We frequently refer to them as ‘Publiners’. Every now and then we get a request from abroad from people looking for advice and assistance when it comes to their Dublin pub selection for their upcoming holiday in the city. These requests excite us. Sharing the love you feel for your home city and getting the chance to see it and explore it through the eyes of an outsider it a brilliant experience.

A few weeks before Christmas we got a request from a guy in Australia. Ben is his name. Ben was in a bit of a predicament. He and his pal were arriving into Dublin late on Christmas Eve and were wondering if it were possible 1: To get a late drink in the city after they arrive, and 2: If anyone would deliver some craft beer to their hostel on Christmas Day. They’re big fans of craft beer, especially Irish craft beer. Now, those familiar with Dublin licensing laws and the opening hours of pubs in Dublin city centre on Christmas Eve know that both of these were a tall order. Finding a late pub on Christmas Eve was achievable, but the craft beer delivery would prove a bit of an ask. Or so we thought.

Through their own research, Ben and his friend found that Rody Boland’s in Rathmines would be open late and would satisfy their thirst after a long long flight. Christmas would be saved. Well, Christmas Eve at least.

A few days before Christmas, Ben emailed again, prompting me to actually put into place a plan to get a craft brewery to deliver some beer. We had asked for a reminder closer to the date, a note that would function as a kick up the arse to get into action. The week leading up to Christmas is one of the busiest of the year in the trade, both for pubs, and for breweries making deliveries.

We put out the call on twitter on the 23rd, asking fora kind-hearted brewery to save Christmas for 2 lads who would likely have little else to do on Christmas Day. We didn’t expect the request to be taken up. Having spoken to some people in the business on the day, it was apparent that nobody had a spare minute for pursuits other than those dictated by the delivery docket.

But, lo and behold, Irish hospitality and kindness prevailed. Jenna from Galway Bay Brewery got in touch to say that they’d see what they could do. I gave them the details of where the lads were staying, their name, the story, etc. Christmas was saved! Now, by this time I had emailed Ben telling him I wasn’t sure whether we would be able to help him out. I was resigned to defeat. After the good news, I emailed Ben to say that there would be beer waiting for him. But, the email was sent when he was in transit, so it was likely he’d get the email after the beer. 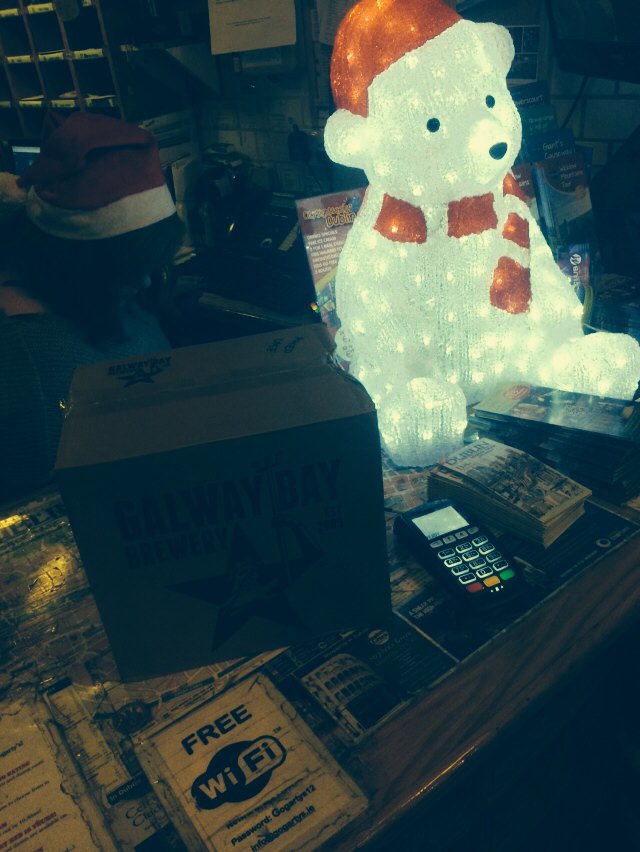 Andy from Galway Bay Brewery dropped in the beer to the hostel, sending me a few photos in the process. He did a bit of creative parking in Temple Bar, which drew the attention of 2 Gardai. The younger guard admonished him for not following parking regulations. After explaining the situation to the 2 Gardai and that he was on a mission to save Christmas (or part of it) for 2 Australian fellas, the older Garda said to the other “Fuck’s sake John, it’s an emergency!”.

And so it was that 2 Australian lads got to have a few craft beers on Christmas Day. A little bit of generosity from a craft brewery went a long way. 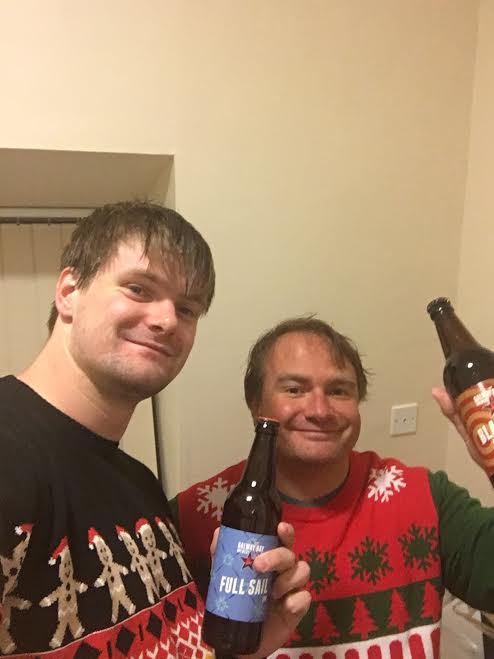 In his email to thank us and Galway Bay (Galway Bay did all the hard work), Ben mentioned that the 25th was also his birthday and that he and his friend were big fans of the Galway Bay pubs the last time they were here. It couldn’t have worked out better. The lads are currently making their way around Ireland and Europe. We’re going to meet them for a pint in Dublin in the New Year when they get back. It’s only fitting that we go to Against The Grain (a Galway Bay pub).

I think we can now call Ben and his mate true ‘Publiners’ after that experience. 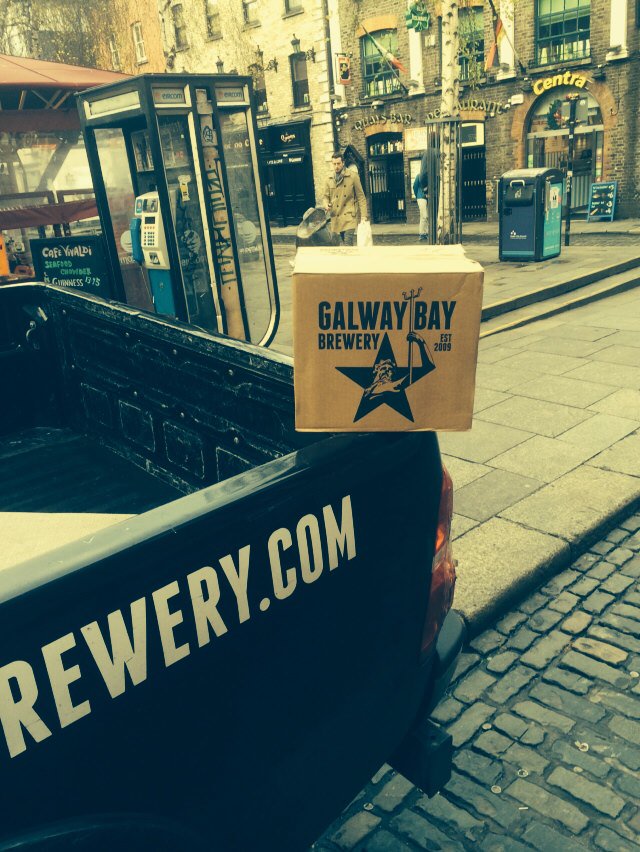 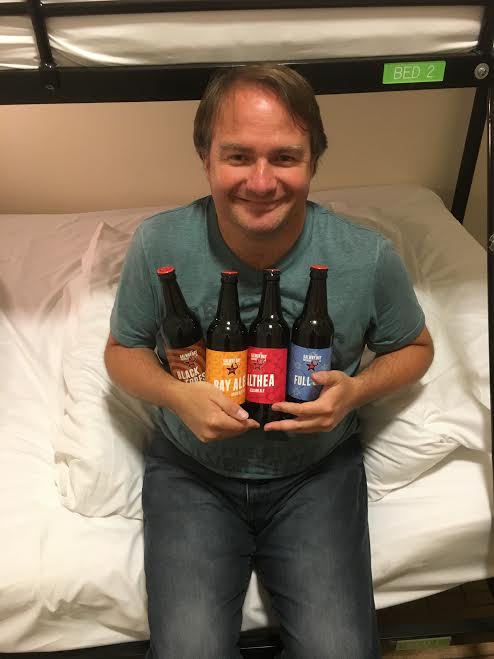