post-title The footage of Kielys pub from Italia 90 will put you in the mood for the Euros.

The footage of Kielys pub from Italia 90 will put you in the mood for the Euros. 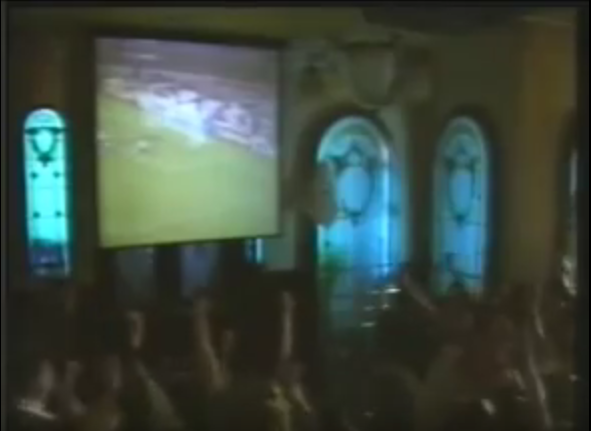 The traveling Irish fans are always guaranteed to create an atmosphere. Back home, the fans who couldn’t make the trip, will try to replicate it in pubs around the country.

There’s always great footage from pubs when Ireland are competing in major tournaments. During Italia 90, RTE sent their cameras into Kielys pub in Donnybrook to capture the atmosphere. They put together a clip video of some of the highlights captured in the pub. 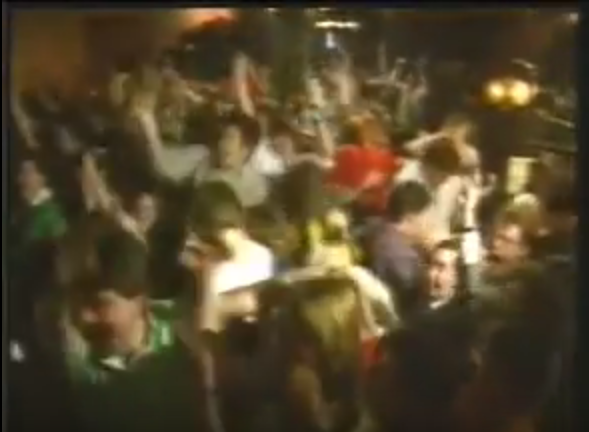 The crowd in the pub belted out the Irish national anthem (after throwing beer mats at the screen when the English anthem was playing). They were then somewhat subdued by the English goal that tempered their enthusiasm for a few minutes.

Then came Kevin Sheedy’s equaliser, which brought the pub to the point of eruption. It’s hard not to get caught up in the emotion of it watching the clips all these years later. Many a pint was spilled that day. 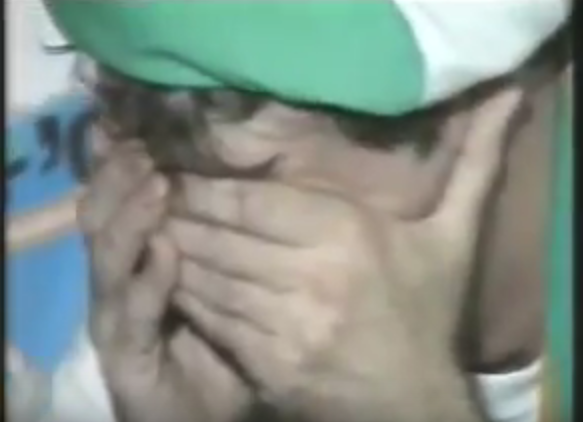 This fan can’t even watch the last penalty.

The tension in the pub during the penalty shootout with Romania was palpable, and the release that followed David O’Leary’s penalty was electric.

The footage then goes on to show the aftermath in Dublin city centre where the atmosphere and craic looked absolutely incredible. There’s even a few seconds of a Lassie type dog in an Ireland jersey with it’s head out the sunroof of a Volkswagen Beetle. 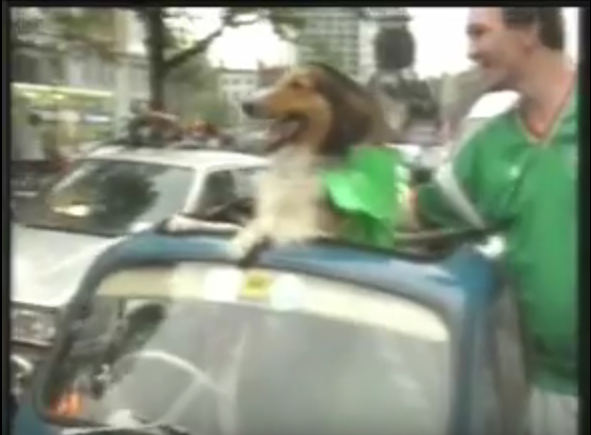 Let’s hope we can get something even moderately approaching this kind of atmosphere in this tournament. The pubs will be heaving and I’m sure if a goal goes in there will be scenes like these.

Watch the full video here. The pub coverage starts at 0:55