post-title Remember Yuya, the Japanesese guy trying to visit every pub in Dublin? Well, he’s getting closer to his target.

Remember Yuya, the Japanesese guy trying to visit every pub in Dublin? Well, he’s getting closer to his target. 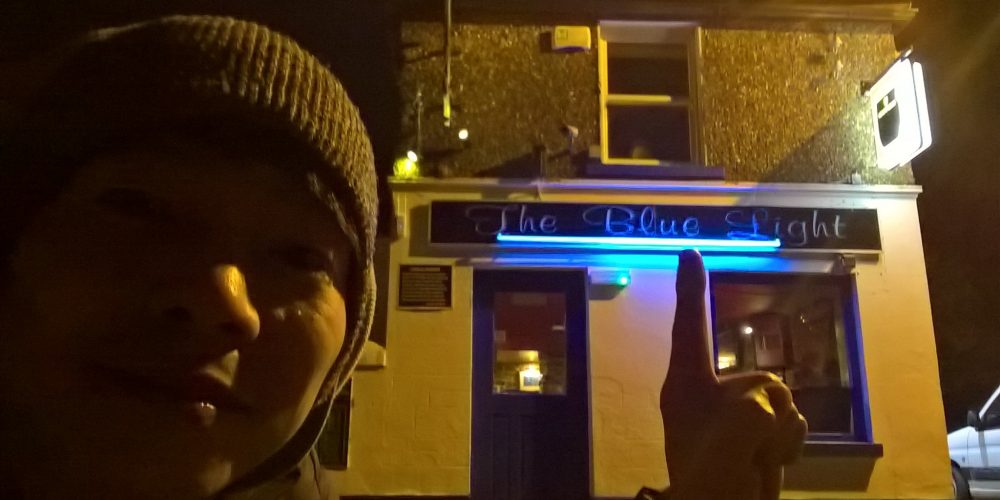 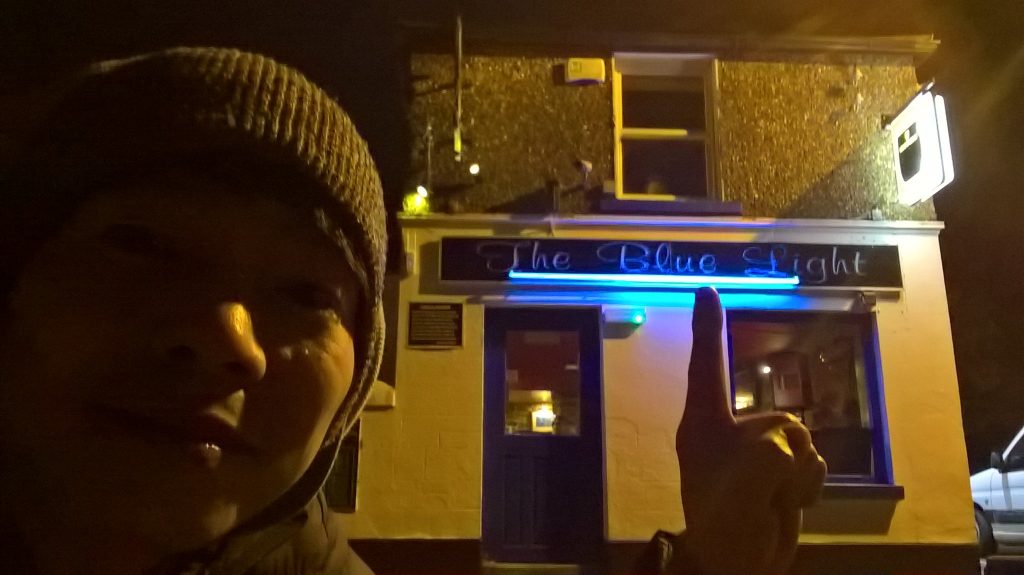 Regular visitors to Publin might remember a story that we found in October of 2015. It featured a man named Yuya Abe, who set himself the task of visiting every pub in Dublin and having a pint of Guinness (where possible) in each one. Yuya was making his way through a book called ‘The Dublin Pubspotters Guide’ by Mac Maloney. Link.

In every pub Yuya visited he would get one of the bar staff to sign the book as proof that he’d visited. Word soon got around and most pubs that he visited had heard of his mission.

Every now and then we check in on Yuya to ask how he’s getting on. He’s getting considerably closer to achieving his goal. Mac Maloney’s pub is quite comprehensive, but there’s always new pubs opening up and there may be ones that aren’t in the book.

As it stands, Yuya thinks he has around 150 pubs to go. By our calculations, there are 751 pubs in Dublin (as of 2015). So, that means that Yuya may have visited approximately 600 pubs since he started. That’s extremely good going! That’s not just city centre pubs. It includes suburban areas as well. 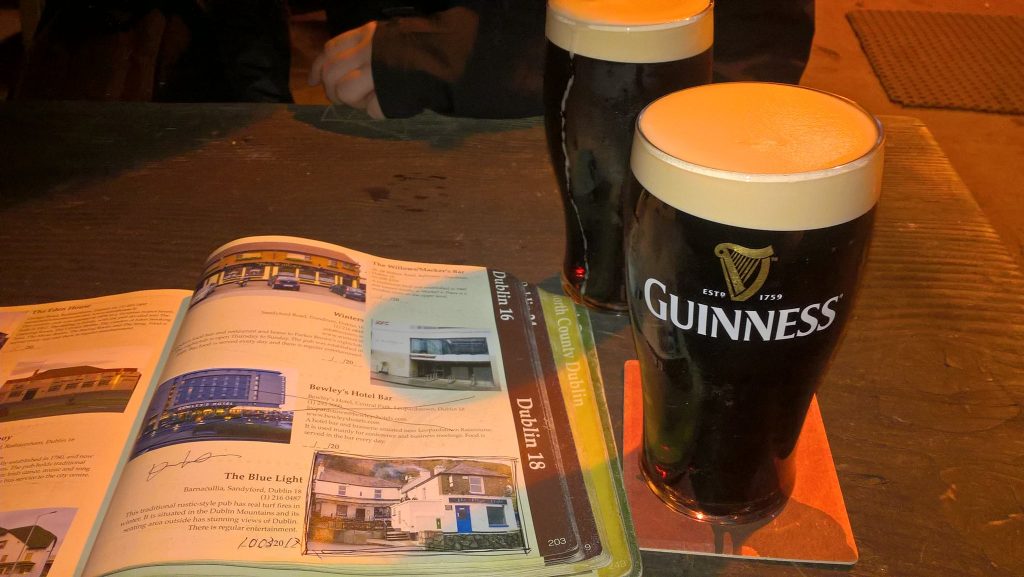 When we were last talking to Yuya , he had just ticked 4 more pubs off his list. The Golden Ball, The Step Inn, Fern and Co, and The Blue Light.

The Blue Light is a pub in the Dublin mountains with an exceptional view of the city. He enjoyed himself and plans to go back again this summer.

He was good enough to send us some photos of him and his friend Ren enjoying a scoop in each of the pubs. 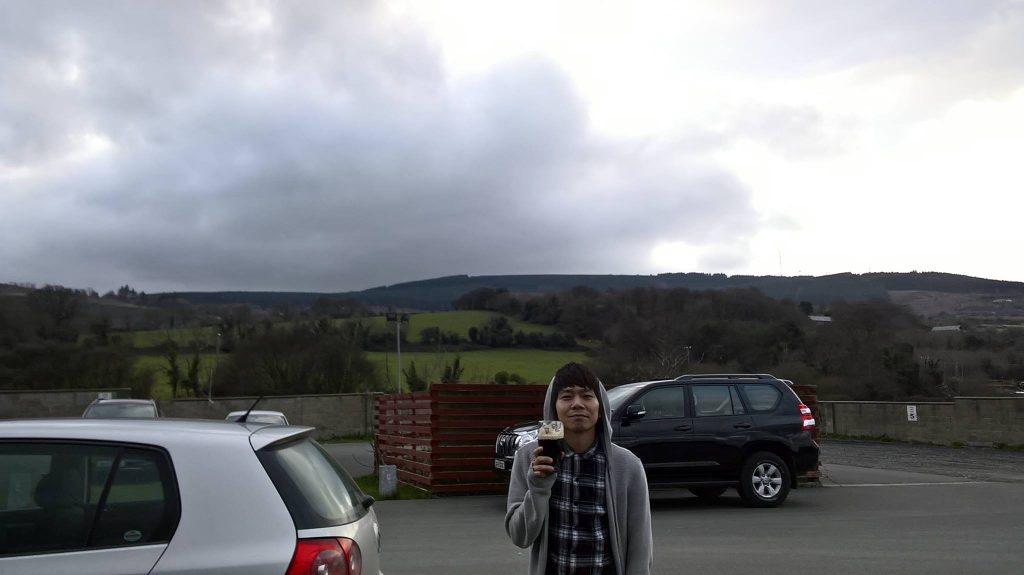 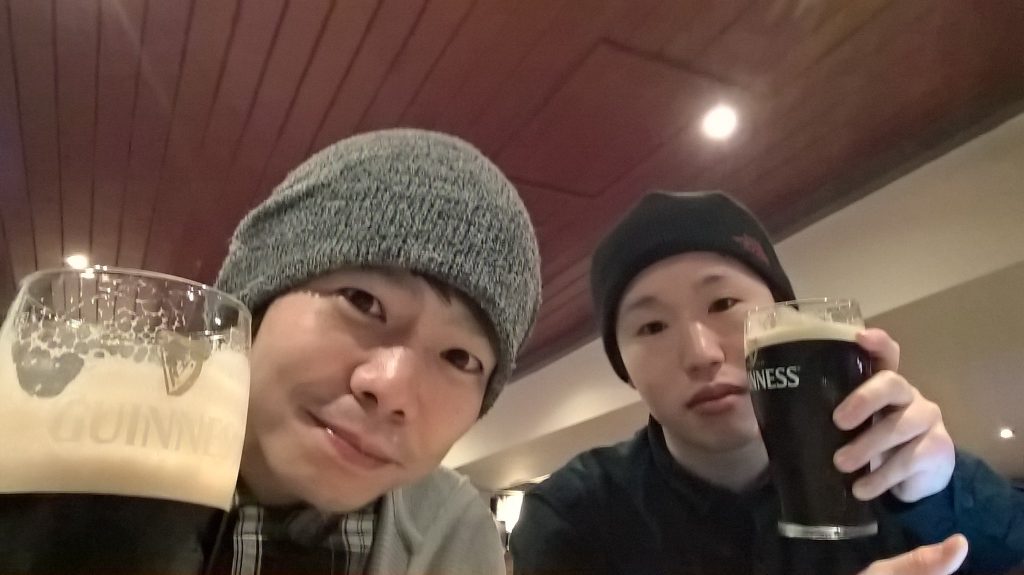 We’ll keep track of how Yuya is getting on over the next while. No doubt there’ll be a big party when he visits his final pub. Well done Yuya!