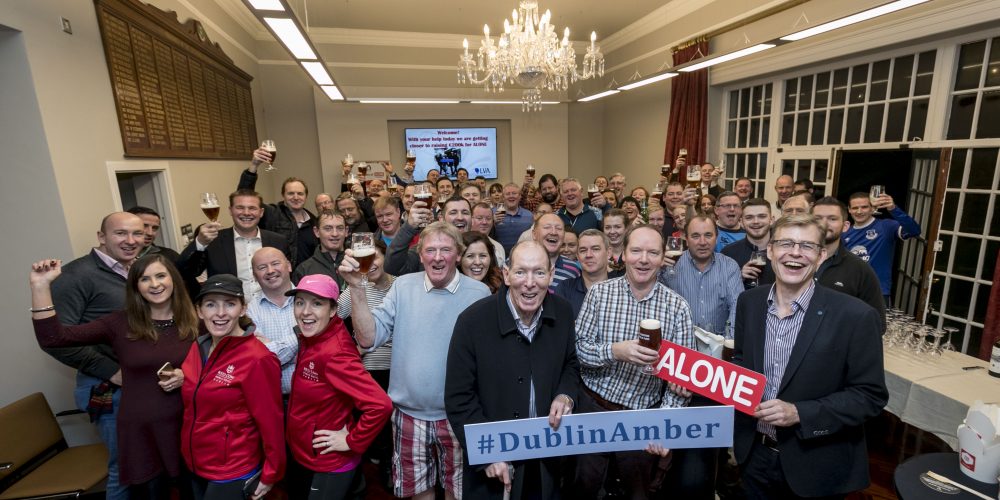 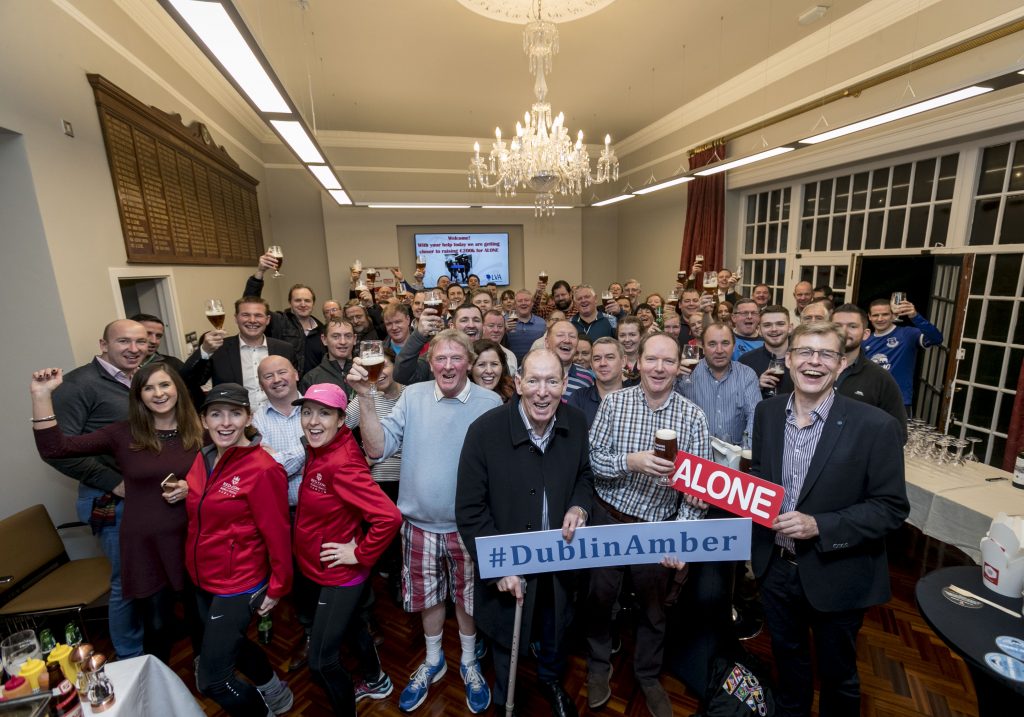 Over 30 publicans and their staff took to the streets of Dublin last week to raise €25,000 for ALONE, the charity that supports older people to age at home. The ‘You’ll Never Walk ALONE’ sponsored walk, which took place from their individual pubs to the head office of the Licensed Vintners Association (LVA) on Anglesea Road, was part of the LVA’s charity partnership with ALONE, which aims to raise €200,000 for the charity this year to mark the LVA’s bicentenary and ALONE’s 40th Anniversary.

To support the initiative, Guinness has brewed a limited edition beer, Guinness Dublin Amber Pale Ale. A joint donation of fifty cent for each pint of Dublin Amber sold in participating pubs will be made to ALONE by Guinness and the publican to support the expansion of its Befriending Service which provides companionship to older people who are socially isolated through a weekly volunteer visit.

John Gleeson, Chairman of the LVA, said, “Community has always been at the heart of the Dublin pub, and we are delighted that we are able to support the important work ALONE does in helping older people to stay in their homes and remain active in the local community. We are delighted with the funds raised so far and are optimistic that we will reach our ambitious target of €200,000 for ALONE by the end of our bicentenary year of 2017.”

Speaking at the event, Sean Moynihan, CEO of ALONE, commented, “We would like to thank Dublin’s publicans for their tremendous effort today, despite the bad weather, and their continued support for ALONE. The money raised today, and throughout the year, will go towards ALONE’s Housing with Support and Befriending services. Together, we are working so that no older person is left without friendship and support.”

Guinness Dublin Amber Pale Ale is available on draught in more than 200 pubs across Dublin until the end of 2017.