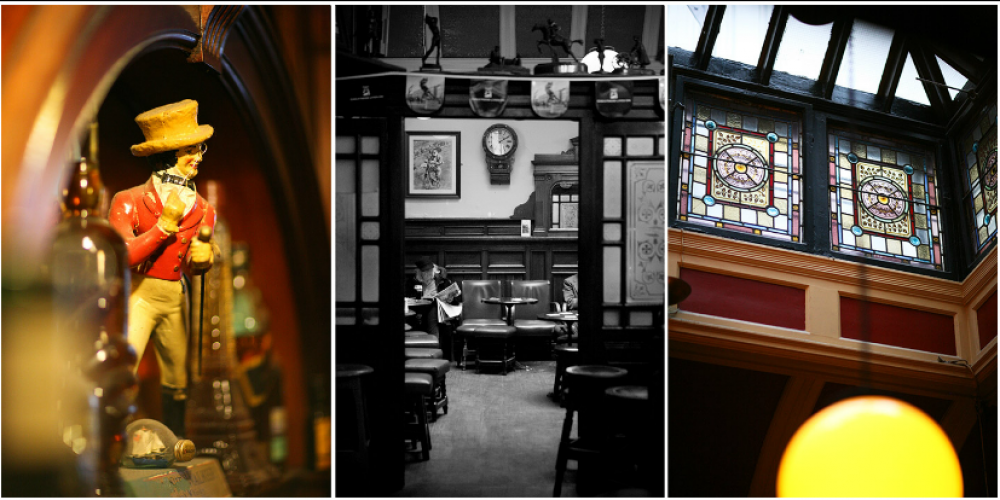 Every year a celebration of the life noted Irish author of Myles na gCopaleen/ Flann O’Brien/ Brian O’Nolan is held in The Palace Bar on the 1st of April. This year (2018) it’s happening on Monday the 2nd of April just to make things easier and so it doesn’t coincide with a rugby game.

Myles was the author of ‘An Béal Bocht’, The Third Policeman, ‘At Swim Two Birds’, and other literary works as well as a wildly popular column in The Irish Times. He died on April 1st 1966, hence the date of the celebration.

Myles, along with other noted literary figures of the day was a very frequent visitor to The Palace Bar on Fleet Street. The pub was one of several pub associated with the literary types o the day, including The Pearl, McDaids, The Bailey, and Davy Byrnes. While McDaids was the sawdust on the floor type of place, The Palace was a deal more refined and respectable. Myles seemed to enjoy and frequent The Palace more so than the other pubs.

From 3-6pm there will be a celebration of the life and work of Myles na gCopaleen in The Palace bar in the form of readings and performances of some of his work in costume. The organisers note than entrance is free but you’ll want to arrive early to get a seat.

The pub is very proud of its association with the writers who have come through its doors. In fact, at the base of the lamp outside the pub are 4 plaques dedicated to writers, including Flann O’Brien himself.

If you’re looking for a pub in Dublin with genuine literary pedigree, then it probably doesn’t get better than The Palace.