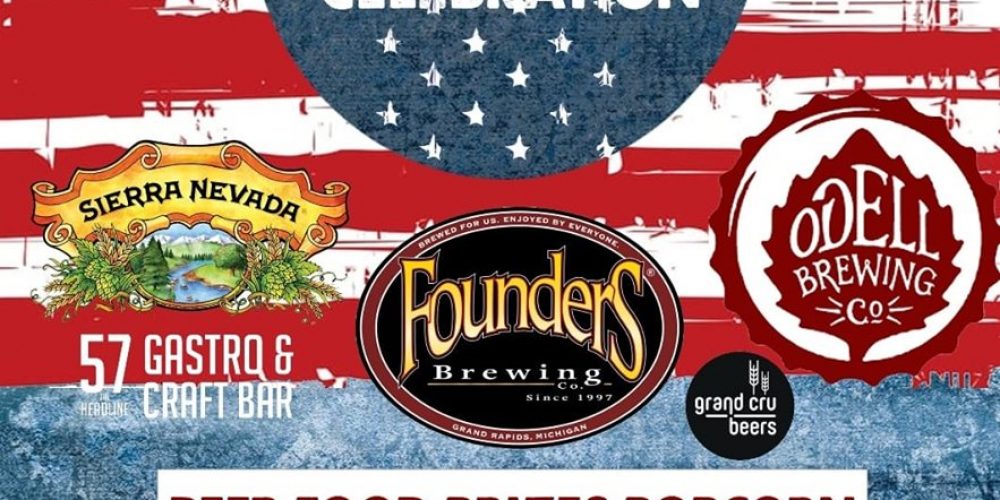 The Headline are celebrating in typical fashion mixing good beer with good food. For €20 you get 2 drinks and one main course. They’re doing BBQ style food and American beers like those from Odell brewing, Founders, and Sierra Nevada. Link.

For those unfamiliar with the pub, they’re known for having a great selection of Irish and international craft beers as well as great food.

Slatterys of Beggars Bush think that Americans might be in need of a shot of whiskey so they’re giving one to every US passport holder on the 4th.

The Big Romance on Parnell Street are celebrating the 4th of July all this week with a special food menu, including mac and cheese, hot dogs, grilled cheese, and other offerings. You’re likely to get a nice American craft brew here too.

Bison are offering half a rack of St Louis style ribs, cowboy fries, and a bottle of Lagunitas IPA for € 16.95

DTwo will be celebrating in their massive beer garden with specials on Coors and a southern style BBQ.

The Bath are distinguishing themselves will a complimentary first drink for US passport holders.

Celebrate the 4th in Buskers with a movie marathon and 2 for 1 on wings.

Alfie Byrnes will be celebrating with a BBQ in their outdoor terrace. They’ve got a few American beers you can try too.