post-title 5 pubs with a great and ever changing beer selection.

5 pubs with a great and ever changing beer selection. 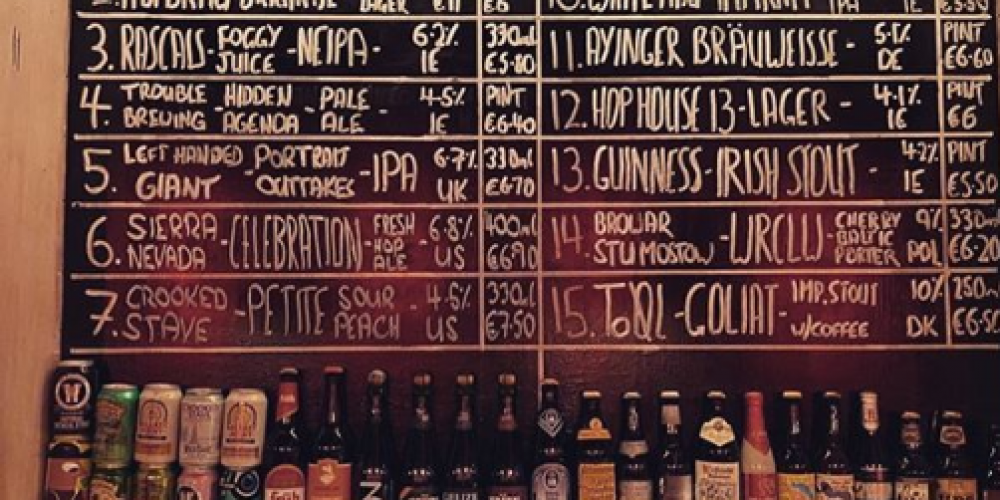 The craft beer revolution in Ireland is in full swing. Most pubs have some degree of selection on tap and in bottle, but a few pubs go that extra mile further and have become specialists in Irish and international craft beer selections. These pubs cater to the tastes of customers who are constantly looking to try something different and to try a host of different beers.

Here’s a few pubs where you can try different beers on each visit.

The Big Romance on Parnell Street has been flying since they opened in 2018. Part of their appeal is the beer selection that changes regularly to include seasonal and guest brews from Irish and international breweries. Most recently they’ve tapped a keg of Crooked Stave ‘Petite Sour’ Raspberry from Denver, and as they say “once it’s gone, it’s gone”.

The beer selection here is as important as their vinyl collection and selection, and that’s saying a lot. Website.

The Headline on Clanbrassil Street have been a big backer of Irish craft beer, with over 20 taps pouring mostly indigenous beer from all over the country. There’s always something new to try on tap here and the staff are well versed and capable of offering a recommendation based on your tastes.

There’s also a very good food and bar snack menu to go with your selection.

Underdog (which resides under Brogan’s on Dame Street) has become much loved by craft beer drinkers since opening. They’ve got screens around the bar displaying what is on the tap menu for that day. Some of their beers are quite challenging and often can’t be found anywhere else in the city. Their instagram is a litany of beer labels, displaying what to expect when you go in. Again, this is somewhere that you can try something new on every visit.

They offer cheese and charcuterie boards to accompany your beer of choice.

The Beer Market on High Street has numbered taps which lead you to consult a board overhead with beers that correspond to these numbers. The concept behind the bar is that these beers are ever changing, sometimes with a single keg for pouring before it’s gone. One ever-present is the range of Galway Bay beers, which include seasonal and one off beers.

Brickyard in Dundrum (beside the Balally Luas stop) is a gastro pub that seeks to offer up some excellent beer to be paired with the grub. They hold frequent beer festivals, including a stout festival and a bavarian beer festival known as ‘brick-toberfest’. Instagram.