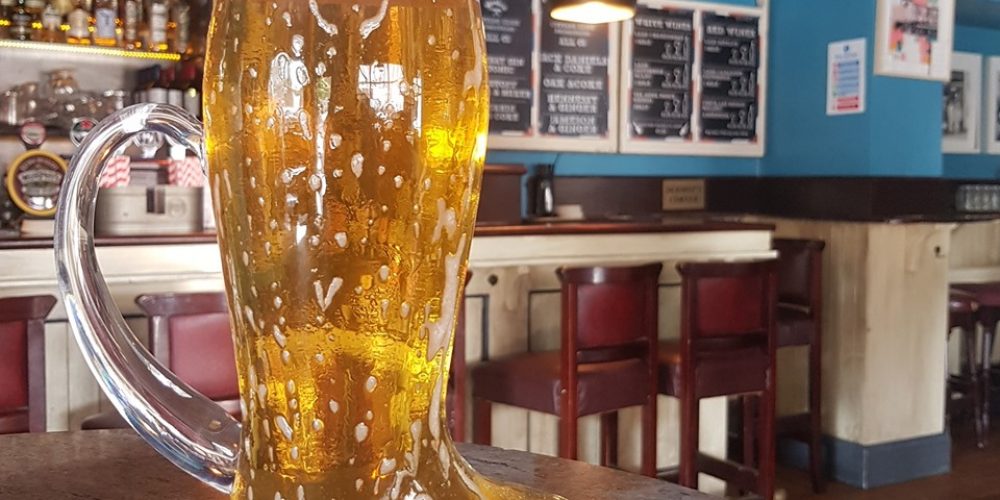 Try saying that headline fast 5 times in a row.

We’ve seen some inventive drink receptacles in our time doing Publin; Watering cans, jam jars, and flower pots. Now The barbers Bar in Grangegorman have their own new way of drinking a beer, from a glass boot.

The phrase “single plum, floating in perfume, served in a man’s hat” comes to mind. It’s part of an promotion from Meath based Bru Brewery and is exclusive to the Barbers.

You can get yourself a Boot full of Bru lager, which holds 1.75 litres for only €8. But, as with any great deal, there is a catch. Since they launched the promotion, a number of their beer boots have gone missing and been stolen. As a result, they have chosen to implement a rather unique deposit system (or barter as we term in our alliterative headline). To get a glass boot, you must exchange one piece of your own footwear to be kept behind the bar and it will be returned to you when you return the boot.

You’d do well to remember to wear a shoe and sock combo that when removed won’t cause offense to anyone else in the pub.