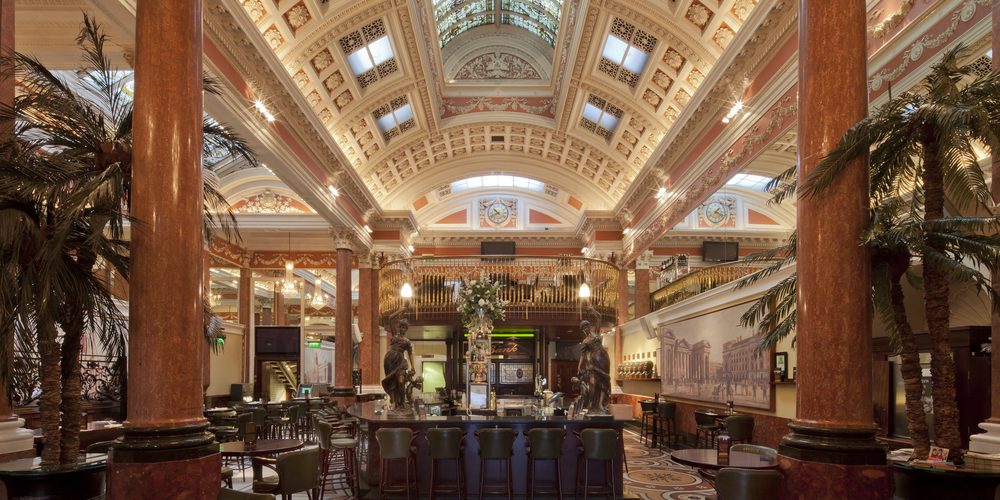 Here we’re going to take a brief look at what some of these pubs were once used as. If you know of any other pubs with past lives, please send them in to us and we’ll include them in the article.

It’s not that the buildings The Waterloo and Searson’s reside in was once used for a prior purpose, but rather that the building is built on the site of what was Baggotrath Castle. That’s according to Waterloo owner Mick Quinn who has a keen interest in local history, and confirmed by a brief consultation of maps of the time.

Hely’s is a bar on Dame Street that is semi-distinct from The Mercantile next door. It’s named after Wisdom Hely, a man who owned a print works on the site. Hely’s was mentioned numerous times in Joyce’s ‘Ulysses’, principally as a place where the protagonist Leopold Bloom was once employed.