post-title Here’s where ‘The Morgue Inn’ gets its name.

Here’s where ‘The Morgue Inn’ gets its name. 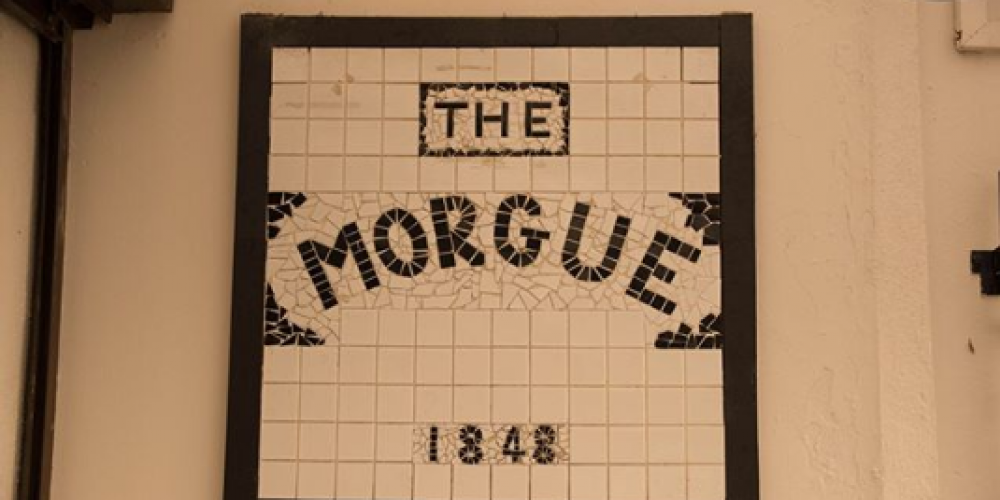 We presumed to know the reason behind the name ‘The Morgue’ in Templeogue but we had to go to the pubs website for the full story. It’s an interesting one:

The Morgue was first licensed in 1848, it was licensed under the Ruling British government as a public house, part of the duties of the pub under the license, was to provide certain public services one of these services was to provide the services that would normally fall on an undertakers.

At the time Templeogue was in the country side and was the last proper town before Blessington, so it was common place, that if anyone died in the surrounding area, the bodies of the dead would be left in the pub until the coroner, constable or priest was available to examine the body.

In the year 1888 the Dublin Blessington Steam Tram opened for Business, the Tram-line changed the Templeogue Inn forever, The pub had also a new duty, it became a ticket office for the Tram and also earned it’s famous nickname.

Many people were killed by the tram (owing to not only it’s speed, but also the lack of noise), including many who were worse for drink, the tram line ran less than two feet from the front door of the pub, on several occasions people would leave the pub, get knocked down right outside the front door and there bodies would be brought straight back into the pub.

Today the Morgue is owned by the Lawless family, who have run the pub for over 25 years, David friendly now runs the pub and offers a friendly traditional welcome to all the customers.