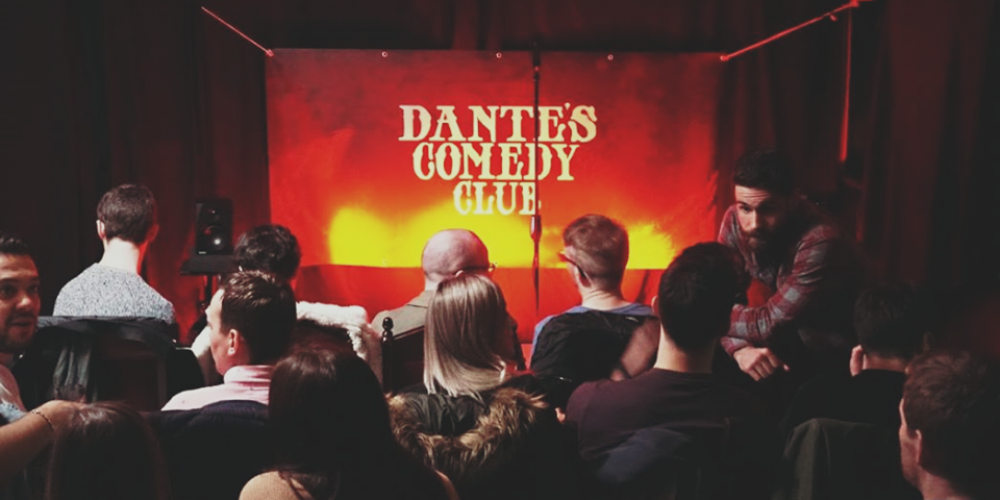 Fans of seafood and old school pubs in Dublin might remember that at one point the second floor of the Lord Edward was a seafood restaurant. Since it’s closure a few years ago the room hasn’t really been used much. In October of last year a group of comedians and promoters got together to turn the space into a new and intimate live comedy venue.

Dante’s Comedy Club was set up by Danny Ballance and Ciaran Kelly with the intention of turning this room into the comedy club with the most unique atmosphere in Dublin. That’s quite an ambitious project considering the wealth of venues new and old in the city. Comedy nights seem to come and go in a lot of pubs in Dublin but this one looks to be sticking and building upon the foundations of the hosts ambitions.

A night out at a Dublin comedy show always pops up on lists of ‘must do’ things on lists of things to do in Dublin pubs before you die (including on this site) and there’s good reason for it. €10 for hours worth of live entertainment (or €6 online) from talented comedians is such excellent value.

Headliners in recent months include Kevin McGahern, Gar Murran, Ryan Cullen, Pat McDonnell and more. It’s a great spot to see both established and up and coming comedians trying out original material or preparing for Fringe shows.

Their next show is on this Thursday 25th April at 8pm with doors at 7.30. Here’s a plan for the night: Leave work whenever you can, pick up a bag of chips in Burdocks next door, go up to the lounge in The Lord Edward for a pre show pint and then file up to your seats for 7.30 and enjoy the show.

This week’s headliner is Aine Gallagher. You can get tickets from this link.