post-title Magoo the Frank Ryan’s pub dog now has his own beer.

Magoo the Frank Ryan’s pub dog now has his own beer. 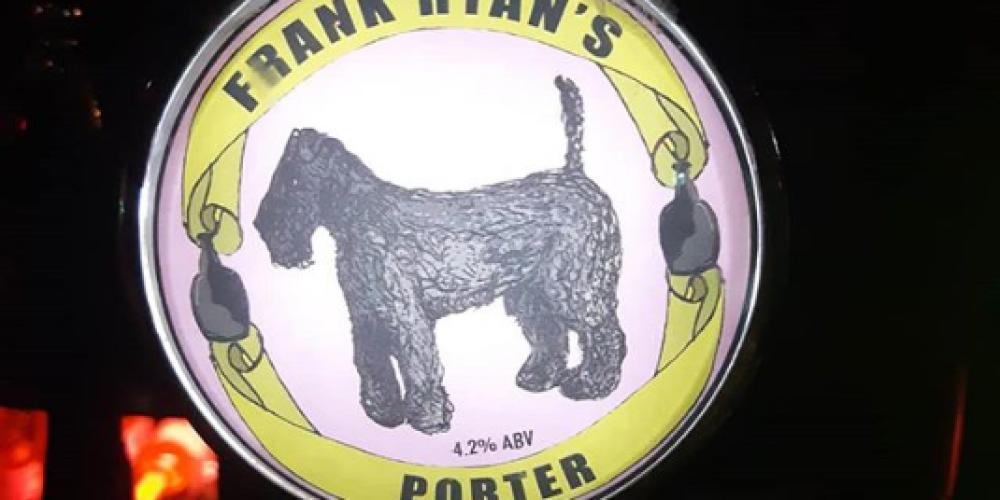 Devotees of Frank Ryan’s pub on Queen street will no doubt be familiar with a certain lurking canine who sporadically appears underneath the legs of blindly wandering pub revelers. Magoo the dog is a mainstay of the pub, making friends wherever he goes, whether they be human or fellow dog. Magoo belongs to the owner and is ever present when he’s working a shift.

Frank Ryan’s could be said to be a pub so dark that you can develope film here, which doesn’t help when trying to identify Magoo when walking about. Sometimes this Kerry Blue just appears as if out of nowhere and sticks around for a pet before ambling around behind the bar when he senses that the production of a ham and cheese toastie may be commencing.

The pub have just recently tapped a new brew that is particular to the pub, ‘Frank Ryan’s Porter’. The label features a caricature of Magoo himself and they’re sure to sell quite a lot of it owing to this fact alone.

If you’re not familiar with Frank Ryan’s, it’s a superb pub with eclectic decoration, live music on Thursdays, a pool table, smashing toasties, and an atmosphere unique to the city. We’re obviously big fans of this place and in particular of Magoo.