post-title Pubs are in the giving spirit this Christmas Season with their charity initiatives.

Pubs are in the giving spirit this Christmas Season with their charity initiatives. 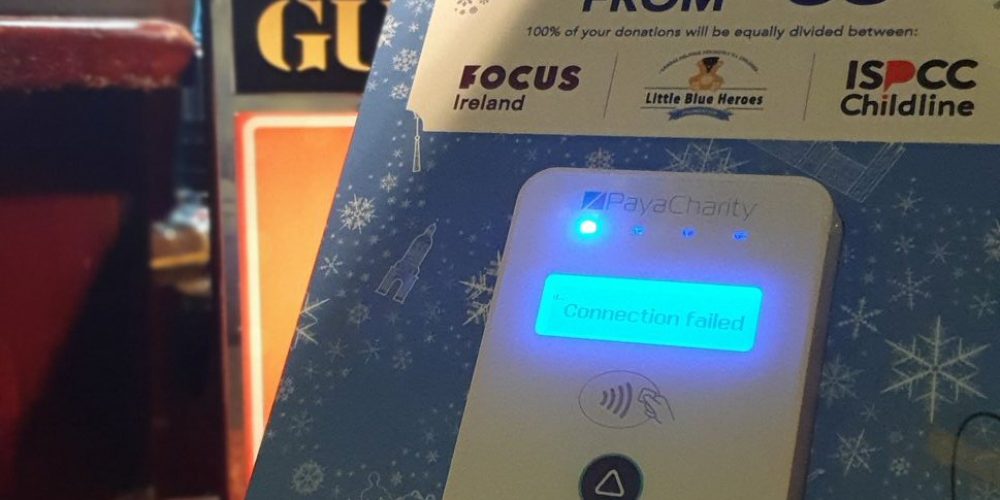 Dublin pubs are at times at the forefront of supporting community initiatives when it comes to sports and being a venue for local meetings. They’re also very decent and giving when it comes to charity and fundraising. We’ve come across three campaigns that are worth noting and supporting this Christmas season.

57 The Headline are having a raffle to raise funds for the Capuchin Day Centre in Smithfield, who do sterling work. Geoff and Maire have been overwhelmed by the generosity of suppliers and fellow publicans. They’ve received donations from Larkins, McIvors, The Bank Bar, Lemon and Duke, The Bridge, Las Tapas De Lola, Teelings Distillery, and more.

Tickets are 5 euro and are available at the bar, with the draw taking place on Thursday 19th December at 8pm.

In The Bankers Bar on Dame Lane and The Boar’s Head Capel Street, beer isn’t all they have on tap this Christmas season. They’re taking part in a city wide initiative that makes donating at the bar that bit easier. Installed in the pubs is a card machine that accepts tap donations of 3 euro and more that go to Focus Ireland, Childline, and Lil Blue Heroes. At a time when cash makes up less and less of each sale, it couldn’t be easier to donate to these worthy causes.

Also participating in this campaign are, Cafe en Seine, The Mercantile, and Nolita.

The Gravediggers in Glasnevin were famously visited and lauded by the late Anthony Bourdain. In tribute to Anthony and in support of a great cause they’re selling a special Bourdain/John Kavanagh’s t-shirt, with proceeds going to to chairty ‘3T’s’ (Turn The Tide of Suicide).

The shirt features a quote from Bourdain that he wrote in the pub’s visitor’s book- “Heaven looks just like this.”

Fair play to all the pubs involved and the work they do all year round.