post-title Pubs for GAA fans during and after the game in Dublin.

Pubs for GAA fans during and after the game in Dublin. 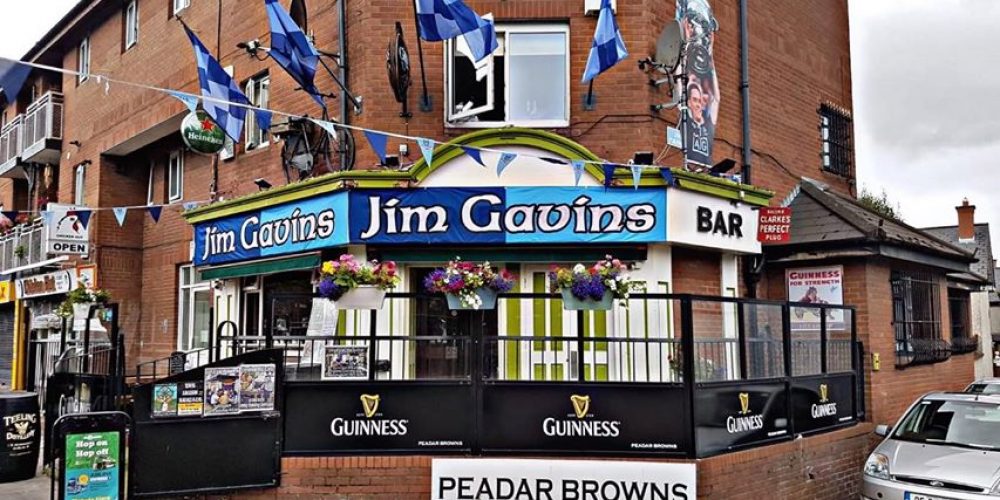 We’ll do our best to keep everyone happy with this list, but pubs and the GAA can be a contentious issue! There’s always backlash as to why certain pubs haven’t made the list. Suffice to say, as always, we take suggestions for which pubs should also be included in this list, so let us know and we’ll look at adding them in.

But, the list can’t be endless, so here’s a few of our picks for pubs to watch GAA games in or to go to after you’ve attended a match.

Some pubs are good for watching the match in, some are good to go after the match, and some fulfill both purposes.

Devitts has a thriving business on GAA days, with people spilling out to the barriers outside the pub. Prior to the redesign of the pub there was a sign on the side of the pub that said ‘The Cusack Stand’ and a portrait of two hurls overlapping. Although the sign is no longer there, the patronage of the fans is as strong as it’s ever been. There’s live music on big GAA days as well.

The Boars Head is nearly synonymous with GAA in Dublin. It’s frequented by ex-players, commentators, and those with a keen interest in the sport. This is a knowledgeable crowd to watch a match with and the smallness of the pub adds to the condensed atmosphere.

We have to have a Kerry pub on the list and Ned O’Shea’s on Lower Bridge Street has Kerry ownership and has tended to draw crowds visiting for the day for a match. They’ve got screens, food, and an outdoor area to cool down in.

The Palace is a Tipperary pub traditionally, but they’ll draw a crowd before and after a match full of traditional pub lovers from the participating countries.

O’Shea’s on Talbot Street have recently unveiled a cracking new beer garden, so you can sit outside in the sun and watch a game or come here after attending Croke Park to bask in victory and the rays of the sun. This is a Kerry owned and supporting pub so this might be a shout for Kerry people without tickets or for after the game.

The Dame Tavern will always be one of those pubs with a match day atmosphere. Their patrons are fond of sports of all varieties and the live music adds to a carnival like atmosphere on big game days.

Big pubs come in handy on days like this and there’s few bigger than the 4 floors of JW Sweetman. They serve food, their own craft beers, match day deals, and they’ve got screens on every floor. A great spot to watch a match.

Peadar Brown’s have gone so far in the past to temporarily rename the pub ‘Jim Gavin’s’. That should tell you all you need to know about their devotion to Dublin GAA. They’ll always have some live trad and ballads after the games.

You’ll want to get in early Cassidys on Camden Street, such is its popularity on big match days. It’ll be hopping with the sound of live music and sing-alongs.

Mulligans is, like The Palace, a traditional option many up for the day choose to take. And a fine option it is. This is a good shout for before or after attending the match.