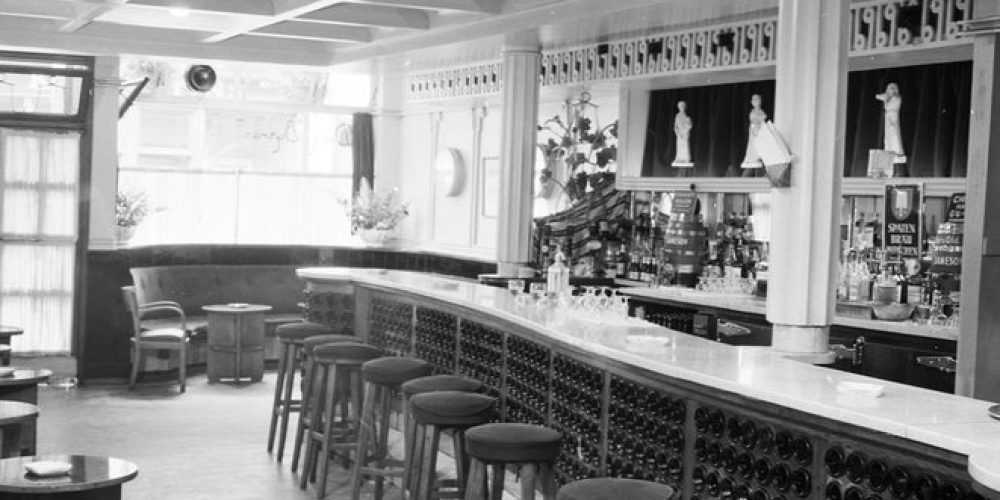 It’s always a pleasant thing to wake up to a new tweet from the Dublin City Libraries Reading Room twitter account with a photo of a Dublin pub from the past. They’re good enough to tag us in them so we thought we’d pick out a few of our favourites from the last while.

The Cat and Cage, Drumcondra

The Cat and Cage is one of the cities oldest pubs, with records of a coach house on this site dating back to the 1600’s. There’s actually footage from inside the pub from the 1960’s. Link.

This is one of several pubs featured on this list that share their names with a pub in a different location in modern Dublin. This would have been near Ryan’s of Parkgate Street.

The front of this building looks completely unchanged. There is a John Clarke and Sons not far away on Bridge Street.

Before these businesses were taken over by the pub, it was set back from the street. Indeed you have to squint to see the Brazn Head sign down the laneway between these 2 shops.

This pub shares the exact same name as Cleary’s on Amiens Street, which also has some connection with Irish railways.

You can find more details about the Dublin City Libraries, including digital collections via this link.