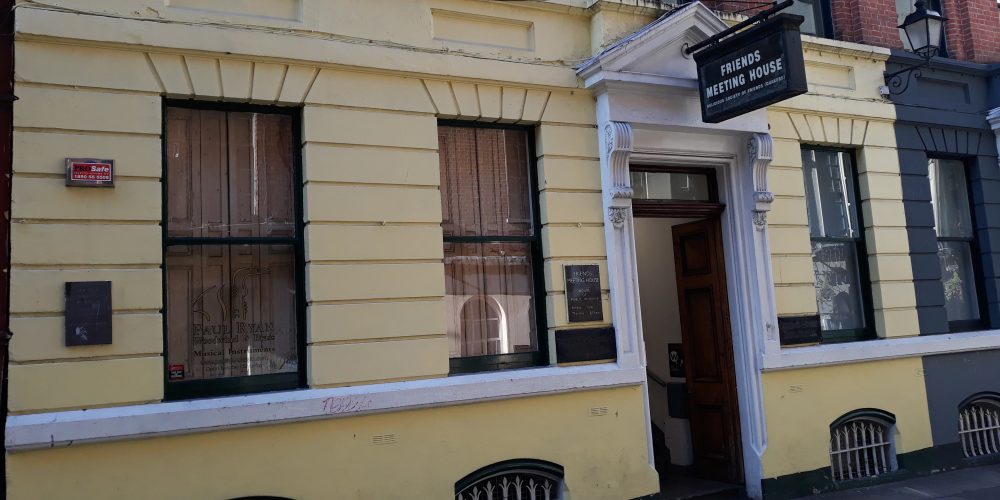 As it’s Halloween week we thought that we would dip into the more macabre and spooky side of Dublin pubs. We’ve written articles in the past about pubs still standing where there have been claims of hauntings and unexplained goings on. Now it’s time to tell you about a pub that no longer exists, save for a plaque on a wall, that has the best claim of all (or would have if it still stood) as Dublin’s spookiest pub.

Most people in Dublin or most people in Dublin with an interest in horror movies and literature will be familiar with the notorious Hell Fire Club in the Dublin mountains. First constructed as a hunting lodge in 1725 by William Connolly, it was originally known as Montpellier Hill. The building and general location soon derived its name, at least among the locals who lived nearby, from a hell raising (in the drinking sense) group of wealthy land owners known to themselves and others as ‘The Hell Fire Club’.

The clubs were first founded in England in 1719 and began to spread to other parts of Britain and Ireland. By 1737 the Dublin chapter of the hellfire club was founded, not in the notorious structure in the Dublin Mountains but rather in a pub. This pub was called The Eagle Tavern and existed in the area where now exists the Irish Film Institute and the Quakers building on Eustace Street. As with most organisations and most revolutions in Dublin and Ireland, things usually start with a meeting in the pub.

The Hell Fire Club developed a bit of a reputation around town for their drinking, debauchery, and their attitudes towards organised religion. As a result, many myths and rumours developed about their practices, no doubt spurred on by the group themselves. People talked about the group performing satanic rituals, sacrificing virgins and leaving one seat free at their table at all times for the devil.

The likely primary concern of the group was actually drinking and generally being a nuisance to society. With this in mind you can see them spending a good deal more time in their Dublin pub retreat rather than traipsing up to the Dublin mountains to enjoy libations. Montpellier hill was rumoured to have been built on a prehistoric passage tomb (this was later confirmed by archaeological excavations). This is likely to have fueled the rumours that followed the club through its brief existence, and surely if there’s any truth to the stories of their practices then surely the site of the pub must be similarly haunted or possessed? If you believe in that sort of thing…

All that remains today on Eustace Street today to suggest the pub ever existed is a plaque that names the United Irishmen as an organisation that met in this pub. There’s no mention of the Hell Fire Club having been here. Although you can’t go in anymore , maybe pay the site a visit and have a glass of wine in the IFI bar and see if you can feel a presence.