post-title The Sackville Lounge has reopened.

The Sackville Lounge has reopened. 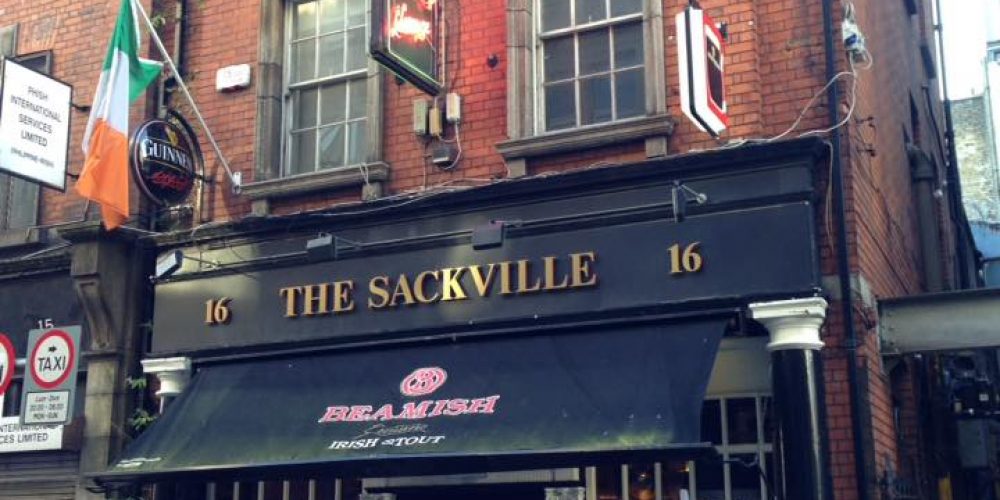 Its the best news stout drinkers and fans of small traditional pubs will have heard all year. The Sackville Lounge off O’Connell Street has reopened under new management.

The pub opened it’s door midway through the last week of August and word has been filtering around the city ever since. Before it closed in January of 2017 the pub was very much loved by those who enjoy a quiet pint in comfortable surroundings. Before closing, the pub walls were decorated in GAA jerseys, one for every county (except, we think Monaghan).

There was much regret at the news of its closure in 2017 as there were no clear plans as to what was going to happen to the building and whether it might be involved somehow in the ongoing construction work happening in that area of town. Thankfully the pub has now been reopened and is safe for the foreseeable future.

The pub tweeted on Monday the 2nd September that it was back and was met with greetings and well wishes from other pubs, breweries, and customers longing to be reacquainted with the premises.

We’re very much looking forward to our first pint back. Here’s hoping they still do a toastie.