post-title We walked around all of the Haunted Pubs in Dublin in one day. Here’s how it went. #HauntedPubs

We walked around all of the Haunted Pubs in Dublin in one day. Here’s how it went. #HauntedPubs 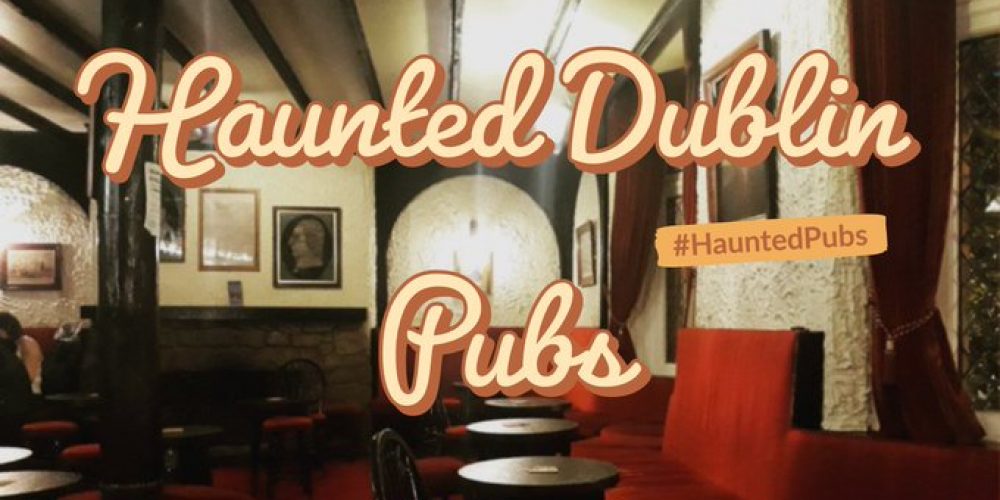 We got the notion early on Halloween Eve to go out on a bit of a mission around the city and visit all of the pubs that we have found to have connections with the occult, hauntings, and Irish horror literature. These are always fun projects to do as people following along usually chime in with stories and contributions of their own. We tweeted and instagrammed the pubs and their stories in real time. Here’s how it went.

The Portobello: The story goes that a lock keeper was responsible for the sinking of a boat and the drowning of its crew. He himself died soon after in mysterious circumstances. It’s said that he never left the canal, the Portobello bar, and the harbour. #HauntedPubs

The Bleeding Horse was mentioned in Irish gothic horror author Joseph Sheridan Le Fanu’s 1845 novel, ‘The Cock and Anchor’. “Two horsemen rode to the… Bleeding Horse”. There is a stone at the side entrance to the pub marking this fact. #HauntedPubs

Toners on Baggot Street has 2 famous past customers that were interested in the occult. ‘Dracula’ creator Bram Stoker and W.B. Yeats both drank here. Stoker regularly and Yeats only once. Both were members of the semi secretive Hermetic Order of the Golden Dawn.

Toners is a Victorian era pub. The Victorian era known as a time when there was huge interest in the occult, seances, and the investigation of the afterlife. This was in fact the only pub W.B. Yeats ever visited. #HauntedPubs

The building in which McDaids exists was once apparently where the city morgue existed. They’re credentials enough to be included on this #HauntedPubs list. It then went on to become a Moravian Church, the features of which are still evident today as you look up inside the pub.

A staff member in The Swan recently told us a story of something happening on the upstairs floor of The Swan, another Victorian era pub. As she had a nap between shifts she woke to a colder room and the sensation of someone holding her hand. #HauntedPubs

Mulligans “I felt something was watching me. So I turned around and I looked down and there was a man sitting on a keg at the end of the cellar. He wasn’t even looking at me. He was looking straight ahead as if he was minding his business.I just felt cold.” #HauntedPubs

Barman Gary Cusack used to live above the pub and had a few encounters. He and his brother were standing on top of the cellar door after closing time when they heard several knocks. Upon inspection there appeared to be no living person down there.  #HauntedPubs

The Eagle Tavern on Eustace Street was the site where the Dublin Hell Fire Club met when not in their mountain retreat at Montpellier Hill. The group were accused of devil-worship and were said to always keeping a seat free at their meetings for the devil. #HauntedPubs

The Bull and Castle

Poet James Clarence Mangan is said to visit the Bull and Castle in Christchurch. A profile of him shows that he did not lead a happy life “His life may only be considered miserable. He was an opium addict at one time and a hard drinker.”  #HauntedPubs

One of his poems contains the lines “Tell how this Nameless, condemn’d for years long To herd with demons from hell beneath, Saw things that made him, with groans and tears, long For even death. “

Darkey Kelly’s is named after a woman who was burned at the stake, possibly for witchcraft (In Stephens Green). Other stories suggest she was a serial killer or that her death was because she was carrying the child of the then Sheriff of Dublin. #HauntedPubs

The ghost of revolutionary Robert Emmet is said to haunt The Brazen Head. He was executed nearby on Thomas Street, hung and beheaded close to the pub where he planned the rebellion that he was killed for. #HauntedPubs

Fittingly The Gravediggers is our final pub. A barman here reported seeing a bottle of whiskey flying off the shelf while alone. Of course that couldnt be anything to do with the nearby cemetery… #HauntedPubs

There’s only one way to finish off the #HauntedPubs day and that’s with a bowl of Ciaran’s Coddle and a pint in @thegravedigger2 . Thanks for reading and please let us know if you have any pub related ghost stories. Maybe take these with a pinch of salt.