post-title A whiskey fit for a…president.

A whiskey fit for a…president. 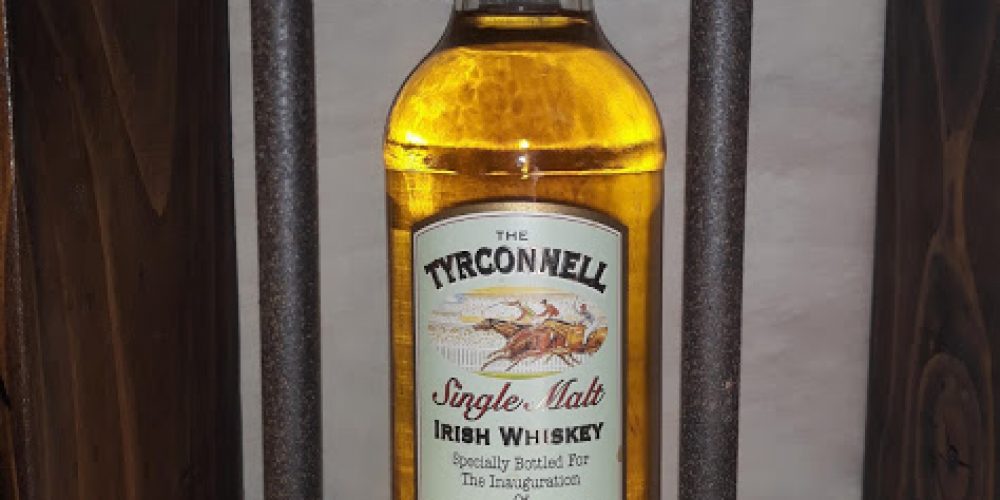 On a recent trip to The Headline on Clanbrassil Street we were admiring the display case on the wall showcasing their range of whiskeys. Our attention was directed to a bottle in the bottom right corner where stood a bottle of quite noteworthy distinction. The bottle label read:

Apparently the cask made by Cooley Distillery was commissioned to mark the inauguration of the new American President and was unveiled at the Irish American Democratic Inauguration Ball. Everyone in attendance were given miniature bottles of the whiskey as memento’s for the historic day, while some key members of the Democratic party who attended the ball received whole bottles.

A limited number of the bottles were made available to buy, while the rest apparently went to President Obama himself. It’s cool to see such a limited edition and personalised bottle sitting on a shelf in a Clanbrassil Street pub, knowing that identical bottles sit in the stores of a former US President.