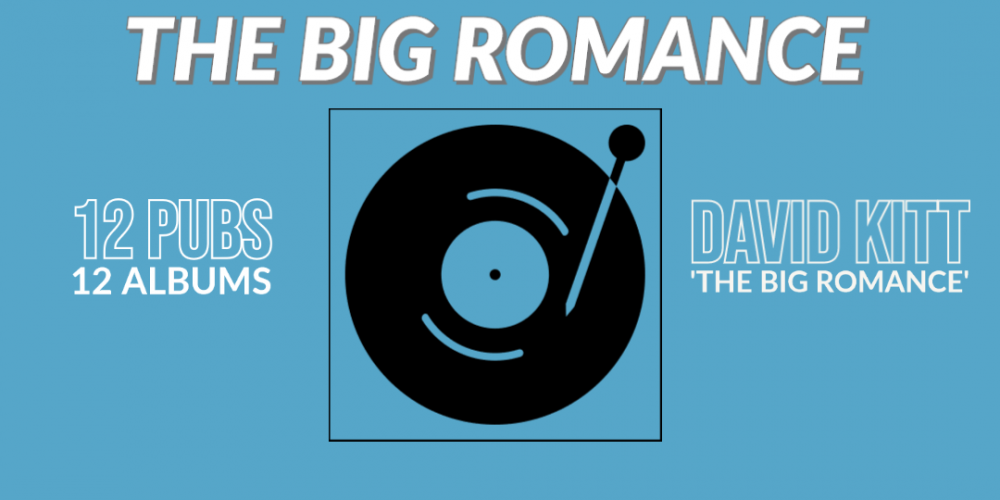 When The Big Romance opened their doors in 2018 they trumpeted loudly their plans to associate themselves with music in a big way. This meant a whopper sound system, a commitment to playing vinyl in the bar, and to having musicians playing regular events. This commitment was exemplified by the name that the bar took. ‘The Big Romance’ is the name of David Kitt’s 2001 album that is widely considered to be one of the best Irish albums ever.

The pub is owned by Dave Parle and Stephen Manning, the team behind Hidden Agenda, who put on gigs around the city. That prior relationship with the cities music-scape made for an instant connection between the pub, DJs, musicians, and musically minded customers who want to have a beer (and some good food) in surroundings where the music caters to their tastes.

In honour of the association between pub and artist, David Kitt played a gig here on opening night. He’s also a very regular DJ , playing songs from his vinyl own collection.

The pub also puts on regular listening parties for vinyl albums, so it might not be too long before you can hear a David Kitt album over a pint.

This article is part of series where we look at connections between musicians, songs, and albums and Dublin pubs. The connections are made through patronage of the artists, mentions in songs, and a few other factors. As we write the articles, we listen to the album in question. Join us by listening to the album on spotify.