post-title Pint and a feed: Meal deals for sports matches in Dublin pubs

Pint and a feed: Meal deals for sports matches in Dublin pubs 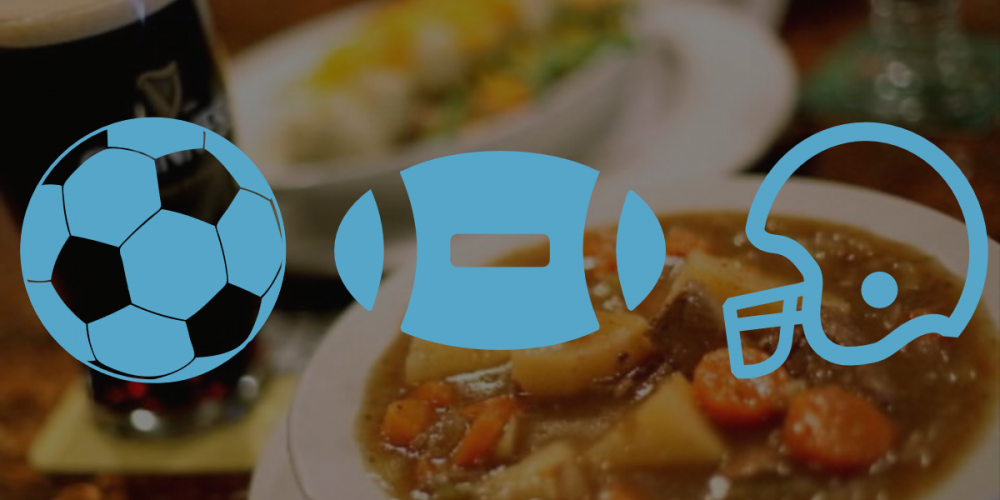 JW Sweetman on Burgh Quay is a huge bar with ample seating, great views of the Liffey and of the TV screens that show all big sporting events. They have specials such as a pulled pork bap with a pint of Sweetman’s beer (brewed on site) for €12 or a bowl of buffalo wings and a pint for the same price.

The 51 on Haddington road have a famous meal deal. It’s €12 for a main meal and a pint. That’s superb value. The deal runs from Monday to Friday from 5-9pm, and Saturday 1-9pm, which happens to coincide with plenty of sporting events.

O’Shea’s on Talbot Street have a meal deal fo a bowl of stew and a pint during 6 Nations games. This deal likely runs for other sporting events. Keep an eye on their social media for details. There’s plenty of screens and even a few outdoors in their beer garden.

The Barge at the canal on Charlemont Street is a really big spot with loads of TV screens dotted around. During every sporting match the have a burger and a pint for €15. They show GAA, football, rugby, boxing and just about everything else.

Ned O’Shea’s on Lower Bridge Street do a great stew and a pint deal for €10. It’s a really good stew too! A good pub for GAA and rugby.

The Square Ball have a deal for their NFL Sunday’s. It’s €16 for a chicken burger and chips with a brewtonic beer. Or you can get wings and a pint for €15. They specialise in chicken here and it’s a good sporting atmosphere.

Bar Rua on Clarendon Street have a special on for the 6 Nations. Get a bowl of wings, chips, and a pint of Brú or Carrig Lager for €10.