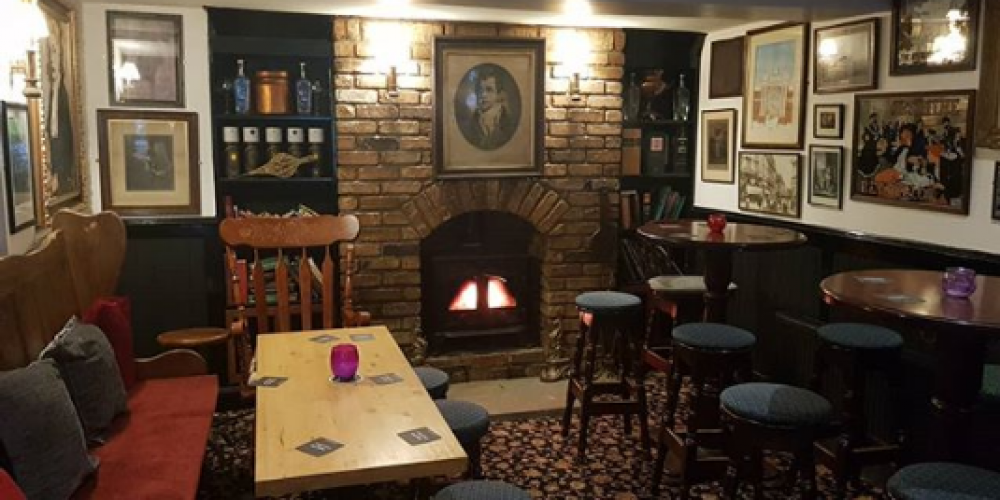 We’re not going over the square footage of each pub in this list with a fine tooth comb. We’re highlighting how a small pub can pack a punch, create an atmosphere like no other, and offer different things to different people.

Cosy is a word we use a lot on this website and it’s a feeling captured within the walls of some of these pubs.

Like most small pubs, the Dame Tavern have a tight knit group of regulars who come in for the chats and the horse racing. This is another gem on Dame Lane, which can expand into the lane on busier days. They’ve also got a upstairs room for functions. There’s a very comradely atmosphere in here, one you’d expect more from a suburban local. That’s what makes it such a pleasureable visit. There’s music several nights a week and you should definitely check out the Sunday session.

The Sackville is located just off O’Connell Street and has a devoted coterie of admiring fans . It’s a pub lauded for it’s relaxed atmosphere, showing of sports, pint of stout, and general pleasant surroundings. It’s a great option for a pint and a toastie after an activity in the O’Connell Street area.

The King’s Inn on Bolton Street has fast become one of our favourite haunts. The interior is a mix of Medieval, Celtic, and Viking design and boasts a heater to the back of the pub, several screens, and a homely welcoming atmosphere. It’s one of those pubs where you hear ‘I’ll drop that down to you’ and you know you’re in good company.

Briody’s on Marlborough Street was recommended to us by another publican in the city, so we had to check it out. The crowd here is made up of a pleasant collection of regulars engaged in chats and some watching the horses on the tellies. Plastic bottles of white lemonade sit on the tables shared by groups of ladies and couples enjoying their night out.

Outside T.O. Brennan’s they’ve got a small, astroturfed sun trap (when the weather’s right) at the side of the building. There’s always a crowd drawn to these seats. Inside, it’s one small room with multiple tables that give each party a degree of separation and space. They’re very engaged in Irish produced here, serving excellent Irish craft beers, spirits, and a few choice nibbles too.

Grogan’s on South William Street is one of the best loved pubs in the city. It’s not a very big spot, but you’ll find it to be busy from before lunch time until the close of business. It’s an extremely well run place. There’s never any shortage of staff behind the bar, and they’re always very quick with service, and always a pleasure to deal with. Inside, you’re not just in a pub, but also an art gallery. The paintings change monthly, so there’s always something to look at.