post-title Radiohead’s first gig was played in a Temple Bar Pub in 1993.

Radiohead’s first gig was played in a Temple Bar Pub in 1993. 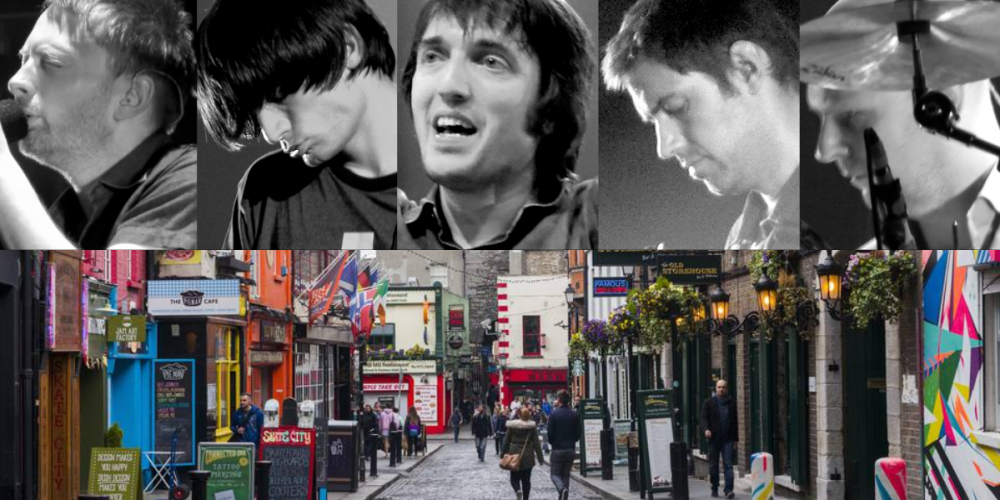 Radiohead have been keeping us entertained on Thursday evenings by streaming replays of concerts from the last few decades in Dublin, Berlin, and Buenos Aires. It got us thinking that we remembered hearing a reference to Radiohead having played their first ever gig in a city centre Dublin pub in 1993.

After a bit of digging we found that they did indeed play in a pub in Temple Bar’s Crown Alley that went by the name of ‘The Rock Garden’. This pub and location might be better known to people by the name that it became after The Rock Garden, Eamonn Doran’s. Doran’s was a pub well known as a spot to go see up and coming bands playing small gigs in the downstairs venue. The pub today is The Old Storehouse, a fantastic spot where music of a different kind is played live by exceptional Irish musicians over 2 floors.

Back in 1993 Radiohead were on a huge promotional tour following their debut studio album, ‘Pablo Honey’, which was released in February of that year. In 1993 alone they played 149 concerts all over the world. One stop on that tour was to the Rock Garden in Temple Bar on the 14th of May. Their massive hit song ‘Creep’ had been release in September the previous year but had failed to get recognition and it was only well after this May gig in Dublin that Creep became a smash hit and catapulted the band on the road to becoming the huge act that they are today.

There’s an interesting account of what it was like to work in The Rock Garden. You can read it here. Apparently the venue had a capacity of 700 or so, which is actually quite large. In 1997 The Irish Times put their estimate of the 1993 gig at less than one hundred people. If you want to get a sense for the look of the venue, it likely wouldn’t have changed much between Radiohead’s gig and this performance in the venue by The Fun Lovin Criminals in 1999.When Radiohead were to next return to Dublin for a gig it was 1996 and the venue was significantly upgraded to The Olympia Theatre around the corner on Dame Street.

One newspaper in a section called ‘Dates for the fridge door’ likened Pablo Honey to ‘Something Happen’s’ debut album of five years previous. The bandwere supported by ‘Strangelove’ and it kicked off at 9pm. Another paper in it’s pre-show coverage declared ‘A decent debut album, pablo Honey, suggests tonight’s confrontation should be hot.’

We’re assuming based on the bands success that the gig was indeed ‘hot’.