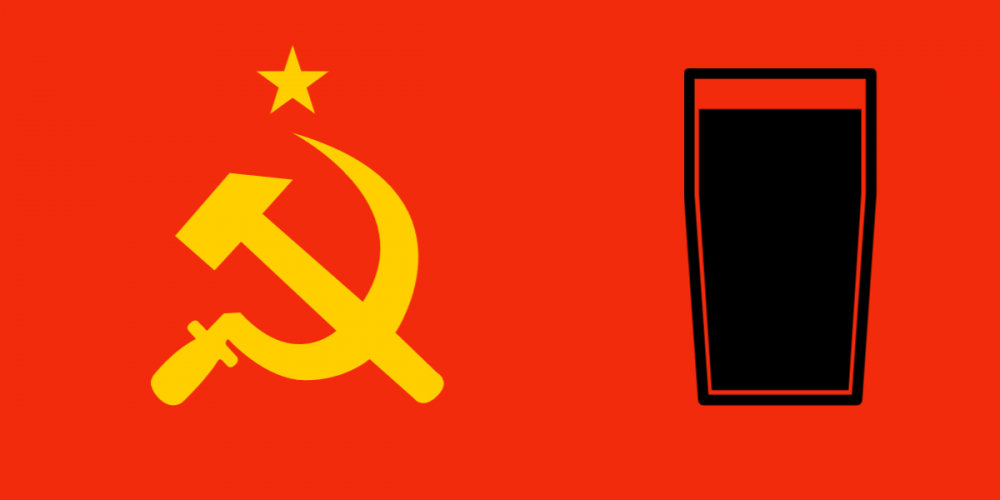 Dublin, Ireland may not have ranked high in the cities of the world involved in Cold War intrigue prior to the fall of the Soviet Union. But a curious story involving the expulsion of Soviet embassy staff from Ireland in 1983 shows that Ireland was not exempt from spying and intelligence gathering by the USSR.

So why would Publin be interested in such a story? Imagine you are a Soviet attache to an embassy in a small western nation where your job is to gather intelligence not just in the form of documents but also through relationships with journalists and meetings with sympathetic political groupings. Now imagine that the country you’ve been sent to is Ireland. And where do Irish people congregate to share information, stories, and become more loose in the tongue as the night goes along? The pub of course.

Through the course of reading about about the case of 3 Soviet’s expelled from Ireland, we came to learn of at least 3 pubs visite Soviet officials where they engaged in intelligence gathering as well as general socialising . First Secretary of the Soviet Embassy Guennadi Saline, along with husband and wife Viktor and Evdokia Lipassov were expelled from Ireland for engaging in “improper activities that had involved the use of our territory for the secret transfer of information concerning the military affairs of the United States”. This is according to Garrett Fitzgerald who was Taoiseach in 1983 and was interviewed by the Irish Independent about the matter in 2010.

The trio were apparently involved in passing espionage secrets in the main concourse of Stillorgan Shopping Centre.

During the course of their stay in Ireland, the Soviet agents had frequent meetings with The Worker’s Party, a left-wing, Soviet leaning organisation that was part of the split in Sinn Féin/The IRA that formed the Provisonal IRA and Sinn Féin on the other side of the divide. In the excellent RTE radio 1 ‘Documentary on One’ episode ‘Ireland and the KGB’ (22nd September 2017) documentary maker Robert Mulhern interviewed Ken McHugh, a then member of the Worker’s Party who mentioned inviting a man who worked in the Soviet embassy to a Capel Street pub for a Worker’s Party fundraiser. The book ‘The Lost Revolution’ by Brian Hanley and Scott Millar lists Slattery’s of Capel Street as a frequent haunt of Worker’s Party members, so it’s likely that the pub mentioned by McHugh is Slattery’s. The pub at the time would also have been a place known for its association with the traditional Irish music scene which was not unaccustomed to left wing politics within its ranks.

Aside from meetings with political allies in Dublin, the group were also interested in getting involved in Irish culture and getting to know more about Irish social life and embedding themselves in plain sight. One location that they achieved this was in the Norseman pub in Temple Bar. The pub and the area at this stage was quite a distance away from being the enclave of tourism that we know it as today. The Norseman would perhaps have had more of a local clientele during that time, making it a place where agents could meet Irish people, including local journalists. As a locals pub, two Russians would surely have stood out, especially during the cold war.

Another pub mentioned by Ken McHugh in the RTE documentary was The Pembroke Inn, which is now Matt The Thresher on Pembroke Street. Ken would arrive at the pub to see his Russian contact waiting there with a Stolichnaya and orange juice in hand.

In 1979 there was produced a short soviet guide book to Ireland that detailed, in slightly unfavourable terms, the countries relationship with pubs and alcohol, with a member of the Irish Department of Foreign Affairs noting in a report that the book “makes a point of the Irish being heavy drinkers – in pubs rather than at home”. It didn’t take a super spy to deduce that Ireland has a significant relationship with the pub, but it’s worth noting that the Soviet’s had made note of the importance of the pub in Irish social culture.

The pubs may not have been the focal point of any direct espionage traceable to the expulsion of these Soviet diplomats, but pubs do seem to have been some of the locations used in some of their efforts at intelligence gathering and fostering bonds with socialist and revolutionary forces in Ireland.

You can listen to the full RTE documentary ‘Ireland and the KGB’ via this link.