post-title What’s in a name? The interesting folk story of a beer named ‘Passifyoucan’.

What’s in a name? The interesting folk story of a beer named ‘Passifyoucan’. 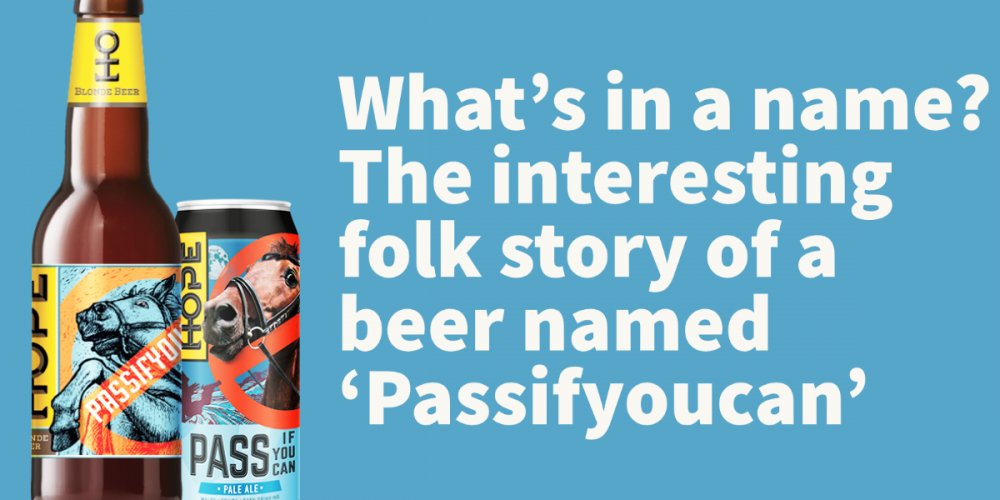 As a native of Blanchardstown, the local history of the area and surrounding townlands has always been of interest to me. For the most part the dual interests of local area history and pubs or brewing has had little crossover to say the least. But our ears naturally perked up when we heard about an inventively christened modern beer named after an interesting place name in the Clonsilla area of West Dublin.

‘Passifyoucan’ is a beer from Hope Beer who brew in Howth Junction/Kilbarrack. The name suggests a play on whether you can share the beer or not, but the title has considerable more depth than just that.

‘Passifyoucan’ is actually the name of a townland in West Dublin. It’s name is derived because of the exploits of a local notorious highwayman. The Hope Beer websites describes it thusly:

Michael Collier, notorious 19th century highwayman, was North County Dublin’s answer to Robin Hood. He was so successful that his townland was dubbed Passifyoucan. Finally arrested  in 1807 in his favourite haunt The Cock, he was deported and returned home only to die of cholera! Still, the name remains.

Collier apparently had rich pickings in the north Dublin area, at one point holding up a Dublin mail coach. Apparently the coach was stopped and he exclaimed “Deliver to Collier“. After years of robberies and searches from the police, Collier was eventually caught and sent to the West Indies where he became of all things a publican.

One of the great things about Irish craft beer breweries is their willingness to be inventive in terms of can design and naming of their new brews. This is a great example of how folk history can be celebrated and given a new lease of life.

If you want to learn more about the brewery or to arrange a brewery tour, check out their website. For a map of the location of the area, see this site. For more reading, see this site.