post-title When do pubs open and what do they open to?

When do pubs open and what do they open to? 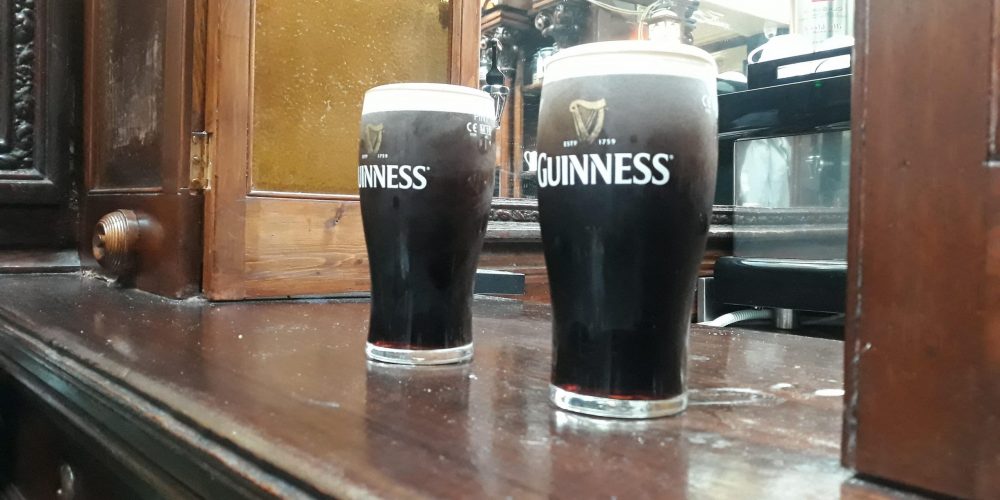 The Dublin pub trade yesterday saw cause for alarm when Minister for Health, Simon Harris, stated in an interview with the Sunday Independent that without a vaccine pubs would not be open in the same way in which we’re used to. It’s important to read between the lines of the comment. It reads:

“So I can’t see how people can be in packed pubs again as long as this virus is still with us and we don’t have a vaccine or an effective treatment.” .

I would infer from that that pubs might not be open fully and be packed but they might be allowed to open with some degree of social distancing. That in itself however presents its own problems and would lead us to question how profitable or viable a pub would be when only allowed to open with a certain amount of people inside. It would also mean that pubs of different capacity would have different abilities to turn a profit and keep the lights on.

From what we’ve seen anecdotally from publicans on social media, having a pub open with a minimal crowd just won’t make financial sense for them and with their regular overheads won’t be feasible. If a pub is owned outright, is operated solely by the publican without staffing costs (i/e just them or a family member behind the bar), and rates are suspended then maybe it might make sense to be open, but there’s few pubs with that ability. It’s also the case that publicans want to have their staff back behind the bar. To lose these people would lose a part of the soul of the pub. The reality of the pub trade is that they need those busy Friday and Saturday nights. Those are the days where the bulk of their money is made, along with big occasion days like sporting events, bank holidays, and Christmas. Without these bonus days throughout the year, all a pub could do would be to maybe tick over, but even that would be doubtful.

Geoff from 57 The Headline on Clanbrassil Street commented on twitter regarding operating a pub as a socially distanced environment ” We tried it for the last 2 days we were open. Absolutely impossible to operate like that, unless you have zero overheads “.

The Licensed Vintners Association, which represents Dublin publicans released a statement calling this a ‘nightmare scenario’. If pubs can’t open as normal or a scaled back opening doesn’t make financial sense then they’re likely going to lobby for some sort of government financial supports outside what has already been promised in terms of wage support.

There is also the ongoing battle with the insurance industry with publicans failing to get payouts from an industry that they were having great difficulties with prior to the Covid 19 outbreak. If the high premiums being paid before all of this were effecting business, the lack of any payouts for disruption of business will compound their problems. Any progress in relation to payouts from insurance companies could go a long way towards assisting the survival of many pubs around the country.

It’s important to say that pubs have followed all public health advice issued from the government and will continue to do so. Nobody is calling for pubs or any business to be opened unnecessarily and to create any sort of environment dangerous to the public. Pubs and publicans are lamenting the fact that these steps are necessary and are not railing against them.

If pubs were to open with social distancing in effect, how would they deal with a demand for seats that they aren’t allowed to fill. Would there be queues outside pubs or a ticketing system for the first to open? And who gets to open first? All of this will have to be resolved in the coming months. Perhaps booking a table in a pub might become a more common occurrence and customers may adapt to this new and possibly temporary state of affairs so that they might return to their favourite haunts. This might formalise the process of going for a few pints, which was previously a thing that happened organically with people visiting pubs on a whim when they fancied a pint. People and pubs are capable of adapting though. It’s fair to say that the outlook is bleak from the position of many publicans. But, and it’s a big but, we don’t know what the future holds in terms of government supports and medical testing.

The reality of the situation is that nobody, even if they’re the minister for health, can given too accurate predictions at the moment. We can only go with our best educated guesses as to what might happen and when that happens. Speculating and predicting can lead you down a rabbit hole of negative thinking. We find it best to focus on what is in our control i.e. talking about pubs so that we and our readership are looking forward to reacquainting ourselves with them when it’s safe to do so.

The prospect of an Ireland and a Dublin without pubs is sorry, sorry news for all of us that love meeting friends and sharing these community spaces, as well as the staff and owners.

A lot of pubs are attempting to adapt by offering take away food and drink collections, but not every business is in a position to do that. A pub is not just the alcohol, it’s the premises, the staff, and the patrons. Collection and delivery services will keep them going and they’re to be supported, but this isn’t a solution for the large majority of pubs who trade not only in pints and small ones, but also in chat, comradery, and community.