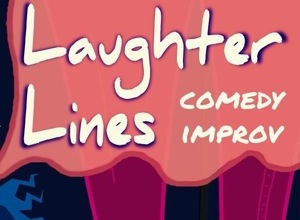 Last night we had the pleasure of taking the plunge and going to see improv comedy in Dublin for the first time. We took a trip down to Laughter Lines upstairs in the Duke pub and we were very pleasantly surprised and thoroughly entertained.

One of the best parts of the experience is that you, the audience, give the scenarios upon which the show is based. You answer a few questions at the start (don’t worry, you’re not put on the spot), and these answers form the basis of the scenarios acted out through the games played by the cast.

The energy and quick wit involved in improv is really quite impressive. Obviously, if the cast are making things up on the spot, the format is very different to stand up. Not everything performed is hilarious, but, due to the nature of the medium the comedy comes in waves, and when someone thinks of something genuinely funny and on the spot, the momentum builds and the payoff can be really huge compared to rehearsed acts.

Laughter Lines has been going on for a year now, and their experience really shows, both in terms of the professionalism of their hosting, and the quality of the performance. People say it’s notoriously difficult to get Irish people to go see live comedy, which is extraordinary considering the quality of comedy in the city. We would really recommend you do yourself a favour and check it out.

Laughter Lines is on upstairs in the Duke pub on Duke street (off grafton street) from 8.30 every Wednesday. Admission is €5. Next week on April 16th they have an Easter special called the ‘Egg and Bunny’ show. 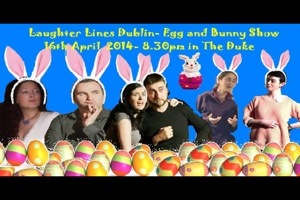