The Baggot Inn became the first Irish pub to accept Bitcoin in exchange for a pint of Guinness on Tuesday 4th March 2014. 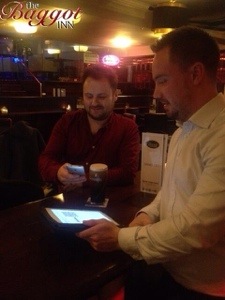 We’re not ones to toot our own horn, but we predicted this (at a stretch) a few weeks ago. 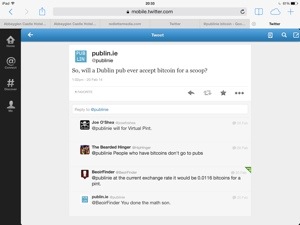 Dublin gets it’s first Bitcoin ATM in Temple Bar in the next few days, with another one opening in the Baggot street pub too. They’ll be accepting Bitcoin going forward, so they really seem to be buying into it. Prices of Bitcoin pints will change depending on the market.

They’re unlikely to make a mint at first, but it can’t hurt to be ahead of the curve, gain a few more loyal customers (Bitcoin devotees), and get a decent amount of exposure for this innovation.

It’s certainly a bold move and time will tell if it’s a wise one. For now, they’re making headlines and that can’t hurt.

Is this the future or is it reserved to the few who have invested in Bitcoin?