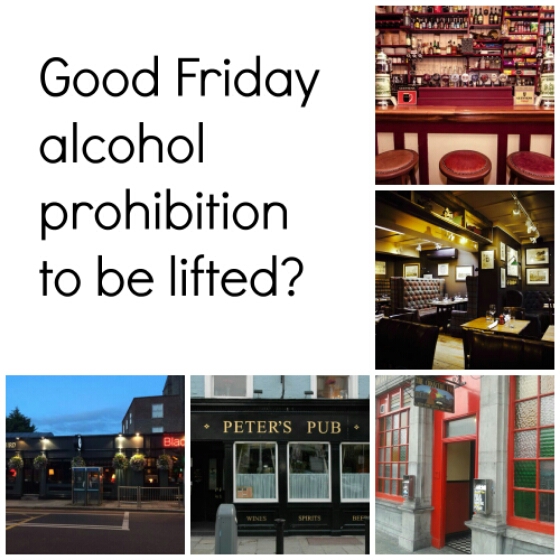 Publin has been told that a message has been circulated to Publicans this week stating that it is the understanding of the Licensed Vinteners Association that the minister for justice is set to make a decision on whether or not to lift the prohibition on selling alcohol on Good Friday. They seem to think that it’s a real possibility.

The law is seen by publicans as archaic and a throwback to a time when the church had more influence over the day to day lives of citizens. Their chief concerns, however, are the impact it has upon tourism in the country, the loss in revenue to the exchequer, and the binge drinking engaged in by people at house parties on that day.

Fine Gael’s Imelda Henry, a senator and a publican, had called for a change to the legislation earlier this year. She seemed to think that the only group opposed to lifting the prohibition might be the Catholic church and that it made sense to allow pubs to open on Good Friday.

Indeed, the Thursday before Good Friday is one of the busiest off license days of the year, along with St Patricks day and New Years eve.

The prohibition on selling alcohol on Good Friday means that there are only certain places where it is legal to obtain alcohol on that day. These loopholes include some sporting events, some clubs, intercity trains, and hotel residents bars.

A change of legislation on this matter would be a significant success for the Vintners, who waged a campaign against any further rises in excise duty through the ‘Support Your Local’ campaign.