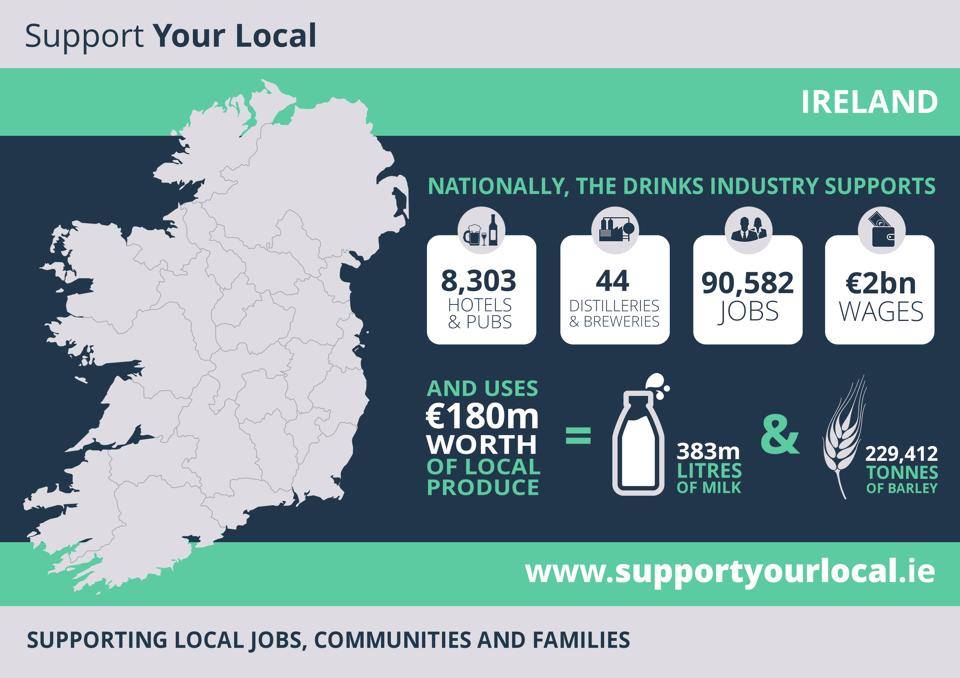 Yesterday we attended the launch of the ‘Support your local’ campaign in Buswells hotel. It’s a joint initiative between VFI, LVA, RAI, ABFI, and NOFFLA. Basically, anyone involved in drinks and food related hospitality whose name can be made into an acronym.

The timing and content of the campaign is very certainly with the local and European elections in mind. The report gives a breakdown, by constituency, of how many jobs exist in each area of the country in the drinks industry. This includes direct employment (pubs, bars, breweries, etc,) indirect employment (farming, providing produce, etc), and multiplier employment, which is an estimate of how many jobs exist because of the money created from drinks industry related employment.

Presumably, the report has been launched ahead of the local elections to try to garner support for maintaining or reducing taxes such as excise on alcohol and VAT, which, these organisations say, would allow them to provide more employment.

There is likely to be another report released through the VFI in the coming months, which was previewed at the Alltech craft brews and food fair in February. The study, which is drawing to a conclusion, asserted through statistical data just how pubs in local and rural communities were in decline. The study showed a decline in revenues, and also in seasonal and fixed employment provided by the sector. As it wasn’t a purely academic study, it also went in depth on the role of the local pub in rural communities and its relationship with local people. In some cases it served the role of community centre, and a place where business was conducted, and employment was discussed.

It will be interesting to see these two reports side by and side, and, more importantly, whether the government recognises the importance of the drinks industry in Ireland and enacts some policy to the benefit of the industry and consumers.

Along with the report was a pledge from the involved parties to ‘Address the sale of cheap alcohol’, ‘introduce a statutory ban on price-based advertising’, ‘introduce statutory codes to regulate the merchandising of alcohol’. None of these pledges are anything new, but they feel it’s worth repeating. This is what the industry has been saying for the last 2 years and it is chiefly directed at the large multiples such as Tesco, who, the industry says, are selling below cost and undermining jobs in pubs, regular off licenses and other places.

Obviously as soon as I saw the ban on price based advertising I thought ‘what will this mean for Publin?’, but I think the intention is to stop Tesco and others being able to advertise a box of Budweiser for €20. They are, after all, practically the only ones on TV or radio who mention the pricing of alcohol.

We’ll leave you with some of the main statistics from the report.

You can find full details on www.supportyourlocal.ie