post-title Trinity Bar: An excellent sports bar in the heart of the city.

Trinity Bar: An excellent sports bar in the heart of the city. 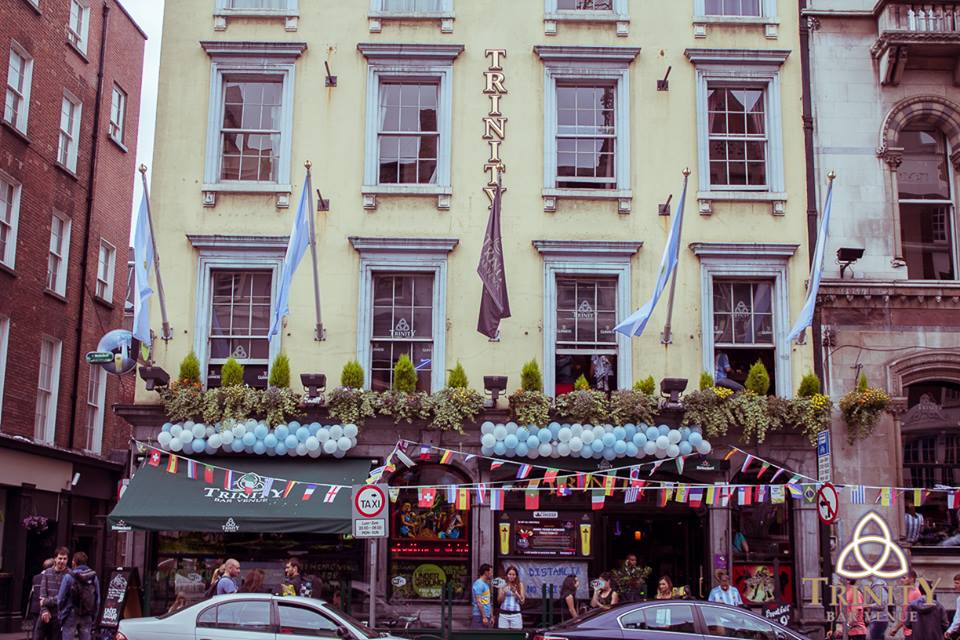 One of the most popular past times in Dublin pubs is watching football, GAA, rugby, and all sorts of other sports. There are a few bars dedicated to providing the best experience for watching all of these. The most central of these sports bar is Trinity bar on Dame street, and they have been working hard recently to become known as the best sports bar in town. 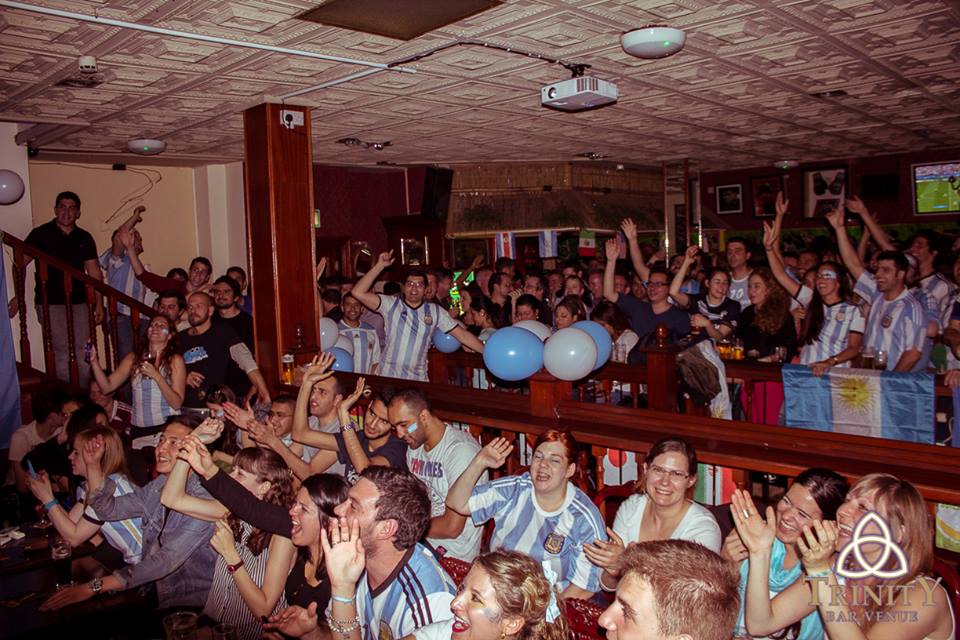 In the last year they’ve nailed their colours to the mast and set out to attract fans of all sports. During the World Cup last summer they were the official home of the Argentinian team, playing host to the Argentinian ambassador to Ireland and hundreds of Argentinians in Ireland. 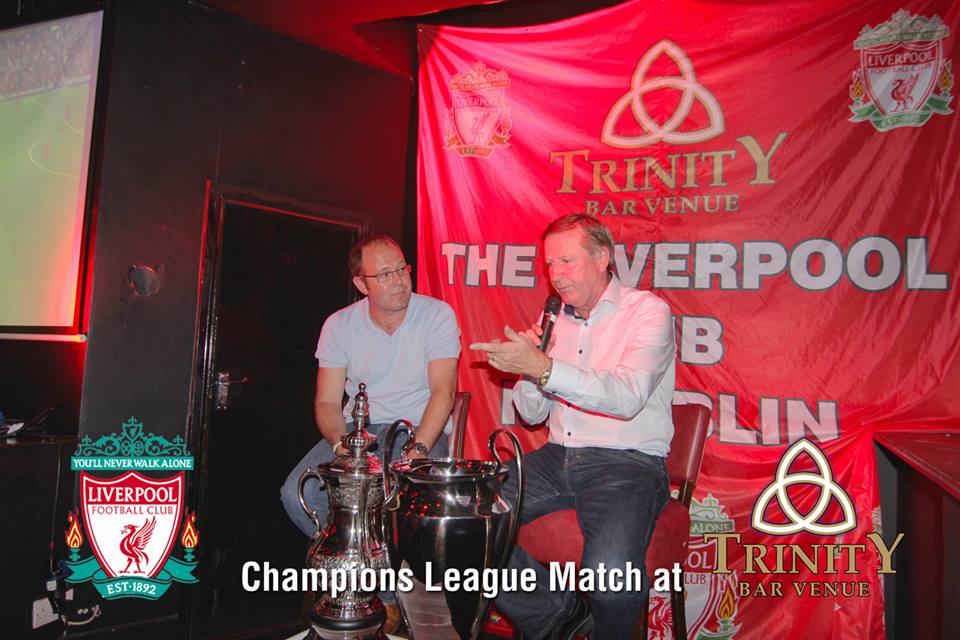 Most recently they’ve had older legends of the game come to give their analysis during half time, to field questions, and to take photos with the fans. These include Ronnie Whelan, John Aldridge, Paul McGrath, and Alan Kennedy. 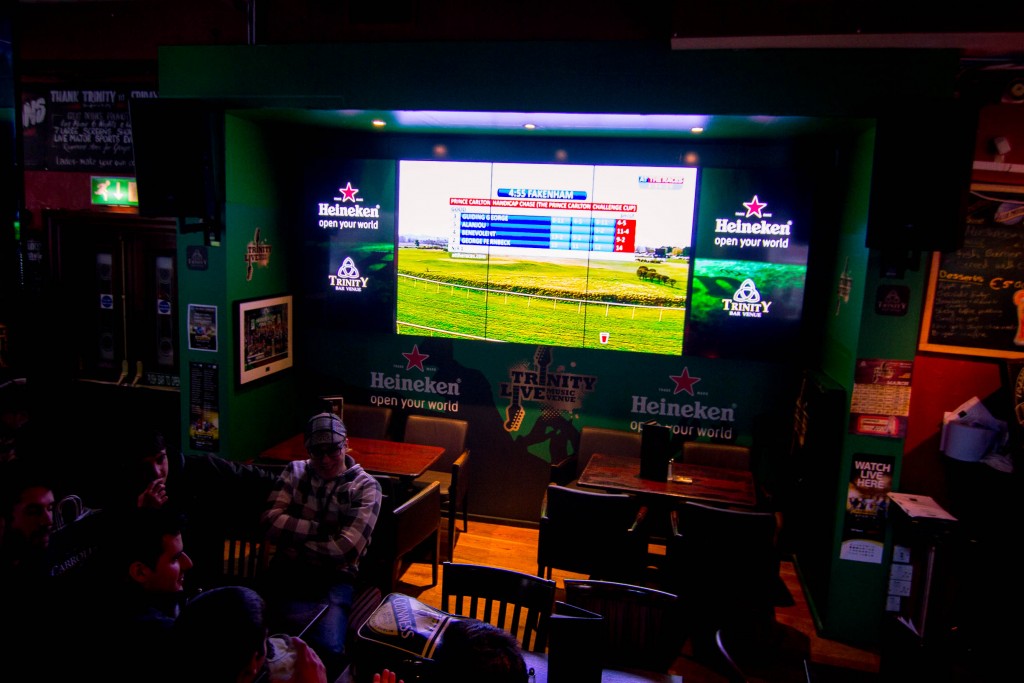 More recently they’ve invested significantly in new, larger screens dotted around the bar. The jewel in the crown is the new 150 inch ultra HD screen in the main area of the bar. I’m sure it cost a pretty penny, but they’re guessing it’ll be worth it to show sports in the clearest definition possible. We’ve seen it up close and it is extremely impressive, and looks a good deal better than HD projection that you see elsewhere. 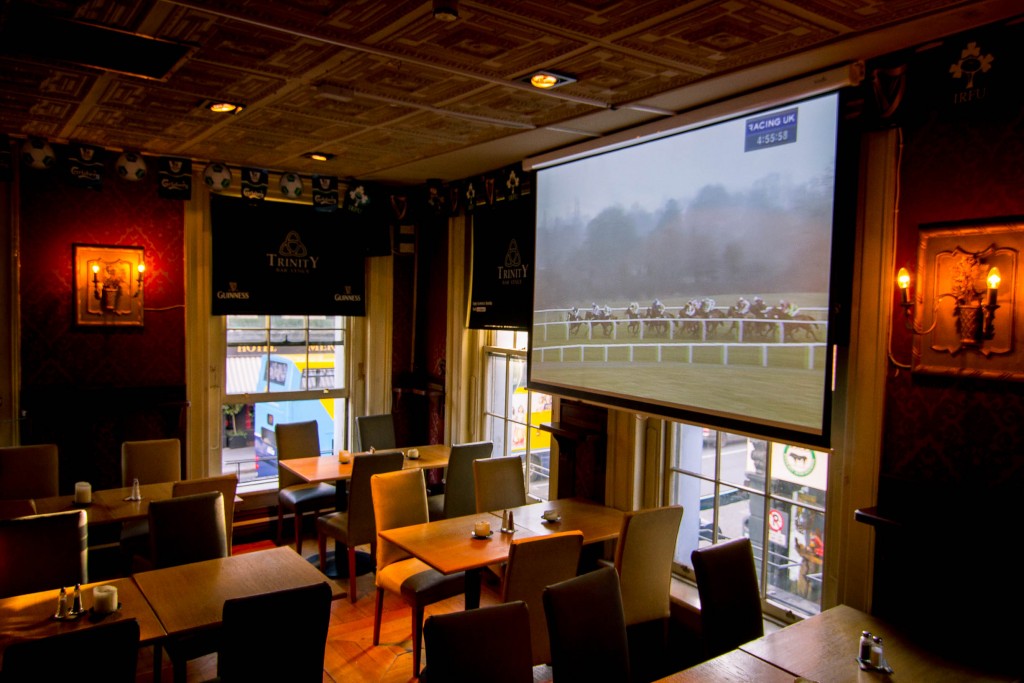 Generally speaking, if it’s a big sporting event, it’ll be on in Trinity bar, or they’ll be able to accommodate you. They’ve got some very fine food coming out of the kitchen and they do some specials on food and drink.

They cater well for groups (we’ve sent groups there before and they’ve always been really pleased) and know how to take care of people. When you book for a group of 10 people or more they’ll give you some free finger food.

If you want to hang around after the sports have finished, they have live music 7 nights a week and ‘The Underground’ nightclub downstairs should you want to keep the night going.

Make an inquiry directly to Trinity bar today. Avail of the free finger food for bookings for groups of 10+