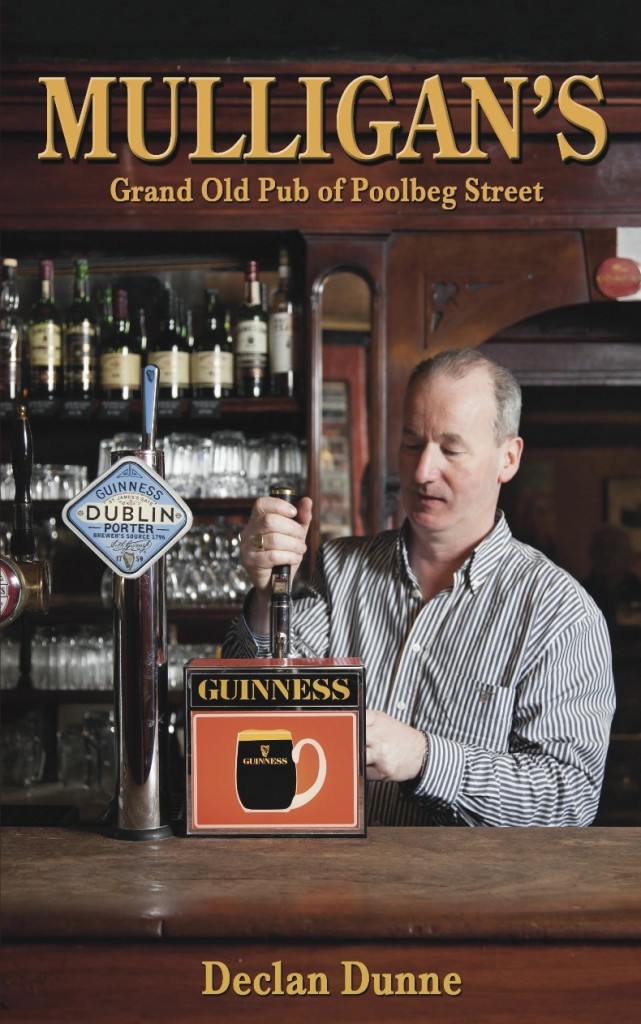 Frequently books relating to pubs or the pub trade fall into the trap of being cold and academic reviews, rather than capturing the true spirit of the pub, and the warmth of character that make them such an Irish institution. In ‘Mulligans: Grand old pub of poolbeg street’, Declan Dunne manages to convey the sense of history, camaraderie, joviality, and the social bond that have made Mulligans such a Dublin institution.

It’s a rare occurrence that we would read a book cover to cover in one sitting, but this is the kind of book that lends itself well to page turning and retains the readers interest, as well as keeping them laughing, throughout. Indeed, what book about Dublin pubs would be worth reading if it could not capture even a small part of the witticisms exchanged between patrons and barmen over the last 200 or so years. Declan Dunne has captured very well the sense of good humour and fair play that permeates Mulligans even to this day.

In one passage a customer related to the barman Christy that he was unhappy with the price of a pint. “When does happy hour begin?” he asked, to which the barman replied “whenever you leave”. These are the kind of nuggets of oral history that capture the sense of a place that can not be found in newspaper or historical records. Dunne interviewed dozens of barmen, ex barmen, regulars, and patrons over the years to accurately capture the character of the pub, as well as combing through the archives to find the more factual elements of history.

As well as profiling the characters and ordinary men that visited the pub, Dunne also recounts the stories of celebrities and statesmen who came to visit the pub, including freshman congressman John F Kennedy, Judy Garland, the football Eusebio, Sean Penn, Julia Roberts, and several others. It could also be said of this book that it doubles as short histories of the theatre royal that was once located across the road, and the Irish Press, which printed around the corner and attracted a loyal base of well tippled journalists.

One of the most poignant stories in the book is that of Billy Brooks Carr, a man from Houston, Texas with an abiding love for the pub. After his untimely death it was organised that some of his ashes be placed in the grandfather clock still standing in Mulligans today. It’s stories of poignancy, history, and wit, that make this book such an enjoyable read and a real treasure for future generations should they wish to know about the grand old pub of Poolbeg street. Every pub should have a book like this.

The book is available in bookshops around Dublin, including Easons and Dubray books. It’s also available on amazon.com.