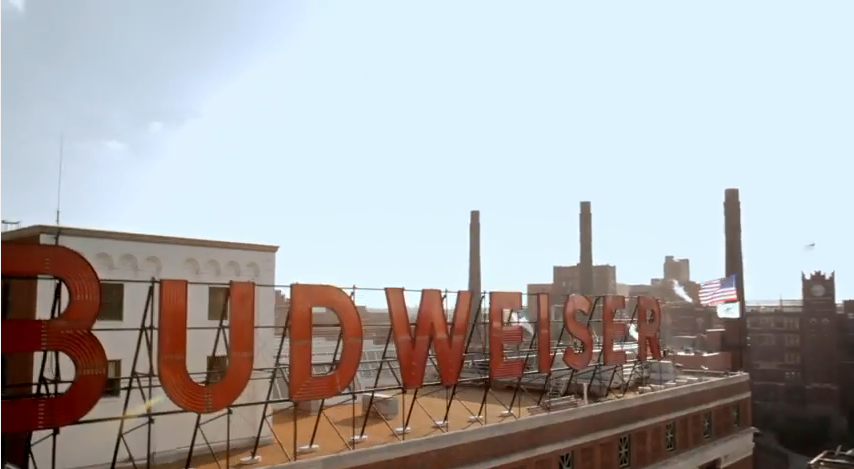 The essence of the ad is pretty much “None of your fancy stuff, you’re only a real man if you horse this down your gullet”

“It’s not brewed to be fussed over” we’re told as we see a mustache twirling hipster poking his nose into a scooner (not a pint glass as you would if you were a beer swilling, wood chopping bloke who drinks budweiser obviously), and “not for dissecting” as we’re shown three bespectacled men nerdily discussing their “Pumpkin peach ale”.

Don’t be a bloody geek is the message.

“People who drink our beer like to drink beer brewed the hard way”. But you’ve established that it’s the micro brewers who take more time with it, so why would your beer be considered doing it “the hard way”?

There’s a beer for everyones tastes, and that includes Budweiser. This however, is just telling one type of beer drinker to look down on someone else. Most advertising is aspirational, i.e. “Drink this and you’ll be some kind of dynamo”, whereas this advert is poking fun at people just for enjoying a beer.

“If you drink this you’re some kind of snobby, quirky hipster, and nobody likes things to be different, so get in line.”