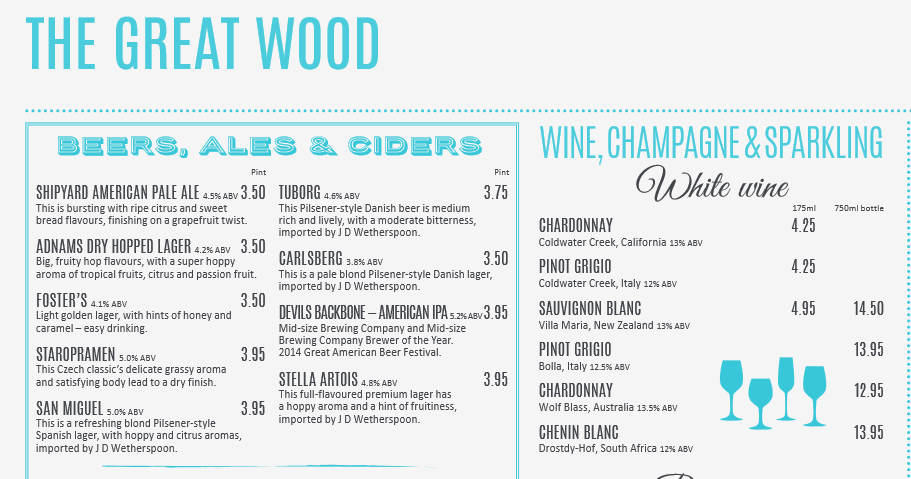 A sample of the Great Wood drinks menu.

Wetherspoons entry into the Irish market has been greeted by some for improving the options for Irish consumers through cheaper prices. They opened their first pub in Ireland, The Three Tun Tavern, in Blackrock in 2014 with their signature cheap drinks and food. Their second to most recent opening was of The Great Wood in Blanchardstown. One would have assumed that it would be part of the Wetherspoons model to have uniformity of price across all the pubs, given that it’s a chain, but that doesn’t appear to be the case.

A number of items on the drinks menu are €1.00 more expensive in the Blanchardstown pub than they are in the Blackrock one. We’ve put together a selection of drinks with their prices compared between the two pubs.

A lot of the items on the food menu also appear to be more expensive in the Blanchardstown location.

It should be said that the prices available are still well below the averages of other Dublin pubs.

If you want to check the prices for yourself, you can view the menus for The Three Tun Tavern here, and for The Great Wood here.