post-title Publicans want to open on Good Friday. Here’s why they might…

Publicans want to open on Good Friday. Here’s why they might… 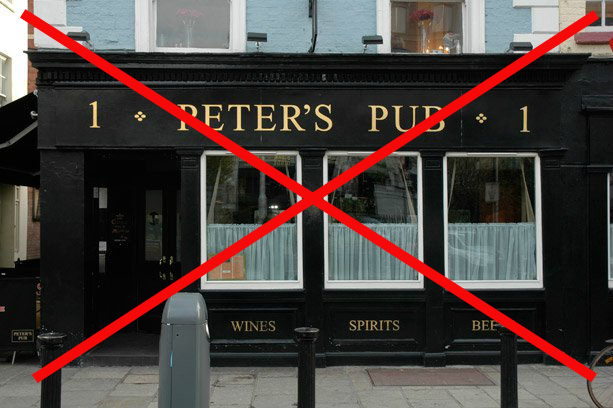 The Irish Independent reports this morning that the Licensed Vintners Association is lobbying the government to remove the prohibition on selling alcohol on Good Friday ahead of this years Leinster v Bath rugby match, which could be played on the Friday itself. The match will take place in the Aviva and should see a sizeable contingent arrive from the UK to view and would, ordinarily, draw decent crowds to city centre and local pubs to cheer on the blues.

The LVA are making the point that the prohibition on selling alcohol on this one particular day is outdated and generally bad for tourism. While the government is unlikely to rush through legislation before April to ensure that rugby fans can cheer on their teams with a glass of beer in hand, they may be making plans for next year.

The LVA have been lobbying minister for justice Frances Fitzgerald for the last few months in an attempt to sway her opinion in favour of allowing pubs to sell alcohol on good friday, and this latest attempt is most likely done with 2016 in mind. Why 2016? Well, 2016 represents the centenary celebrations of the 1916 rising, which is set to have commemorations and celebrations all year long. The government has been hammering home the fact that they want there to be a celebration and a carnival atmosphere of sorts on the Easter weekend itself. They’re advertising abroad for tourists to visit that weekend and take part. Dublin pubs make are one of the big reasons why tourists visit Dublin and wouldn’t it reflect quite poorly on the country if visitors that weekend, or indeed Dubliners and residents of Ireland, could not purchase any alcohol?

This may be the chief motivating factor if the government do take action, and the LVA are right to see this opportunity and seize it. These circumstances would make any change to the law less politically dangerous for the government, when they can use the 1916 commemorations as an excuse.

This is one reason why I wouldn’t rule out some kind of movement on repealing the prohibition ahead of next years celebrations. One Fine Gael senator, Imelda Henry, has already called for repeal and once again makes the argument that the closure negatively affects tourism.

Opening on the Friday of a weekend like this could be potentially as lucrative for pubs as St Patricks day, or at least Arthurs day in its first year.

What do you think?