post-title How can Wetherspoons sell a pint for €1.95? Questions about the business model.

How can Wetherspoons sell a pint for €1.95? Questions about the business model.

Much has been made of the recent entry of English pub chain Wetherspoons to the Irish market, with their low cost in-pub alcohol setting public and media tongues wagging. Indeed, such is the media interest in the chain that the Irish Times have run 7 articles about them already this year. These include a look inside their Blackrock pub by Conor Pope, and several articles about Wetherspoons battle with Heineken over pricing. I shouldn’t single out the Irish Times here, because there has been considerable interest from all parts of the Irish media. 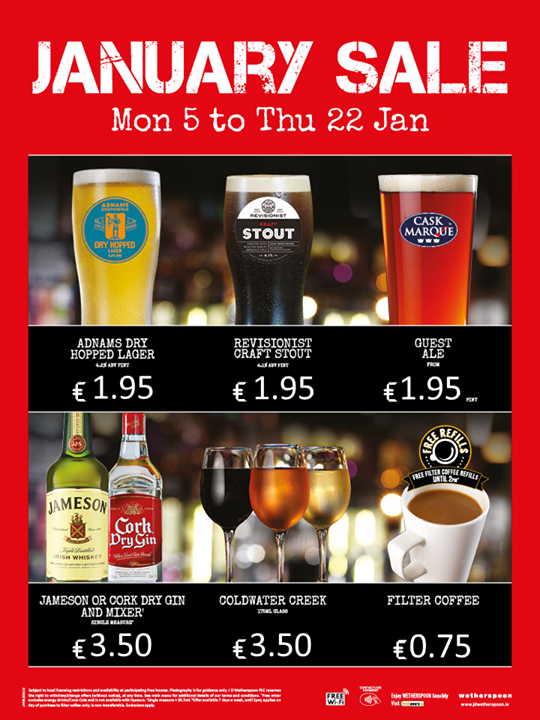 It is worth pointing out that chains in Ireland will have, at most, probably a maximum of 20 pubs in their portfolio, and they rarely offer a homogenous product over their venues.

1/3rd of every pint goes to the tax man in VAT and excise, so, when the brewers are paid, what is Wetherspoons left with? 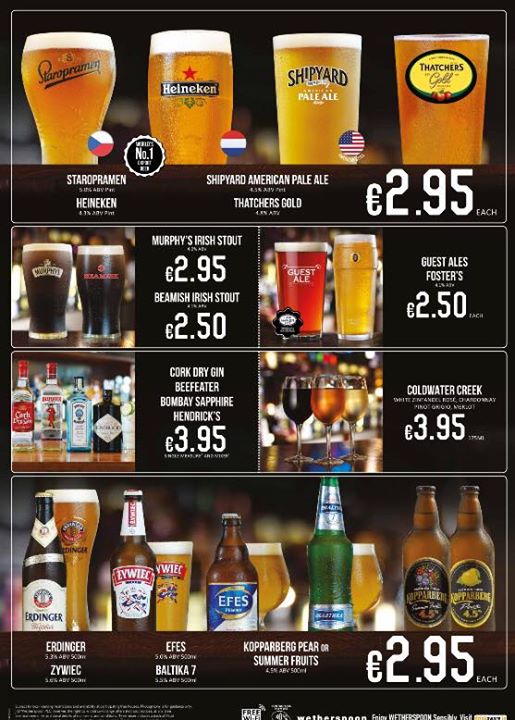 While only Wetherspoons themselves really know just how the business works, we have a few questions that we think will at least get the conversation started as to how the chain operates. Information about their business model is very scarce, so we’re asking these questions in the hopes that we can, in the future, get some answers.

We’re not looking for Wetherspoons or anyone else to give us the golden ticket in the comments section, but it is helpful to have a starting point when trying to understand how Wetherspoons can undercut other pubs in the market by such a margin.

1. Are individual pubs judged on their profitability or do they work as a sum of their parts? Can one pub make a temporary loss and be carried by other pubs in the chain? If the Blackrock pub takes a while to gain market share, will it be subsidised from the larger company?

2. Is there a central Wetherspoons depot that distributes beer all over the country?

3. Is beer bought on a pub by pub basis or is the demand calculated for all beer nationwide (UK and Ireland).

4. How much of a discount do Wetherspoons get from large breweries by buying in bulk?

5. Is food bought/produced in bulk from the same sources and then distributed in much the same way a large restaurant/fast food chain would?

6. How is there such a discount on some bottled craft beers? Is this deal done with the wholesalers, rather than directly with the brewery?

7. What is the profit margin on a pint of beer that is sold for €2.50? (Perhaps the margin on a keg is a better indicator).

8. Is the idea that while some might drink beers for €2.50, their friends may be in there drinking spirits or other drinks that have a higher margin? Does your average customer only drink the cheapest of the cheap?

9. Is it the case that it is factored in to the business plan that people are more likely to have a drink and a meal in a Wetherspoons, whereas other pubs are just for drinking? Thus, the low margin on the beer, combined with the margin on the food makes it worthwhile?

10. How much do Wetherspoons save on not having sky sports and other sports channels in the pubs?  Is this a cost saving measure or a conscious decision to preserve a certain type of atmosphere?

11. How do Wetherspoons calculate how much beer they need if they are operating on such a scale where wastage must be kept at a minimum?

12. Do Wetherspoons have less staff than a pub of a similar size because of their methods for ordering and serving?

13. Are foreign brands used in Wetherspoons and sold at a low price because they don’t see it affecting their brand image? Meaning, if the UK and Ireland is not their prime market, they don’t really mind if their brand is seen as a cheap option.

14. Do Wetherspoons benefit from paying tax and excise as a single large company, rather than as an individual pub or as a smaller chain? Are there tax breaks that they can avail of that give them an advantage over smaller competition?

15. How do big brands like Heineken feel about their beer being sold at a significantly lower price than other pubs?

Wetherspoons currently have The Three Tun Tavern in Blackrock, The Forty Foot in Dun Laoghaire, and there are 3 more due to open soon in Blanchardstown, Swords, and on Camden street.

Please be considerate in your comments and refrain from speculation. Thanks.