post-title The Waxie Dargle pub has been sold.

The Waxie Dargle pub has been sold. 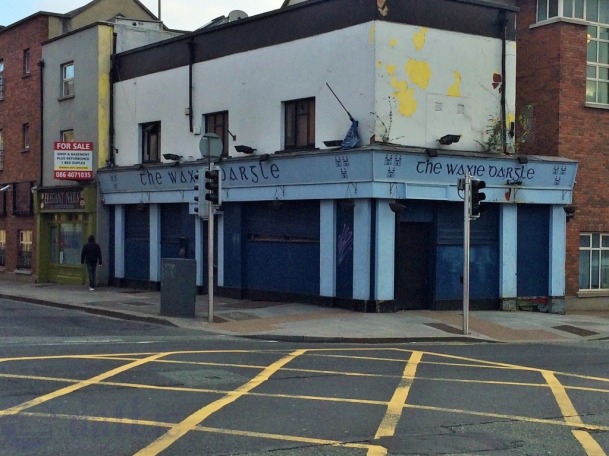 The Waxie Dargle on Granby Row has been sold. The pub has been closed for a number of years now and appeared to be in a state of decay. There is no information on who has bought the pub.

The pub was listed on Daft.ie at a price of €150,000 , which seems cheap considering most pubs have gone for at least €750,000 in recent years. We don’t know the state of the interior of the pub which may require some work to get it back to a certain standard.

It’s unclear at the moment whether a pub will reopen on the site, as the listing notes:

The licence to operate as a public house has lapsed, but could be renewed subject to obtaining a fire certificate and undertaking pre requisite works.

The pub is located slightly North of Parnell square, an area that will soon benefit from a €60 million redevelopment to turn it into a ‘cultural quarter’. Parts of the square will be pedestrianised and will hopefully breath new life into the area.

In the context of this plan by Dublin city council, the purchase of the Waxie Dargle at this price would seem like a bit of a steal, considering that the area will likely soon become a busier spot for nightlife.