post-title Wings and a pint deals in Dublin

Wings and a pint deals in Dublin

A bowl of chicken wings have become a favourite accompaniment to a pint in Dublin pubs recently, tickling the taste buds of those that like a spicy hit. Of course the level of spice can be lowered to fit broader tastes. Here, we’ve compiled a list of good deals on wings and a pint of just on the wings themselves. 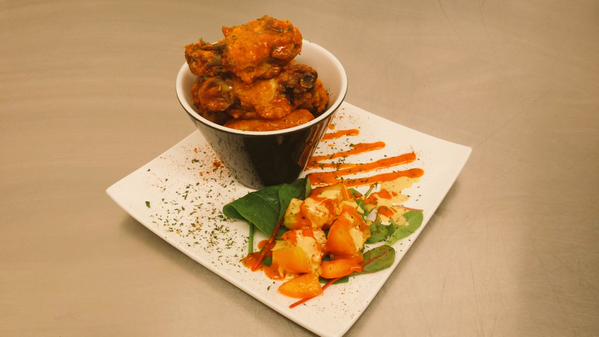 The hot and spicy wings in Bankers bar on dame lane are really good. At €5 they’re very reasonable as well. Add a pint on to that and you’ve pretty much got the €10 wings and a pint deals offered by the other bars. Tasty. They’ve also got a dining room upstairs called ‘The Teller Room’ if you’re looking for more of a dining experience. 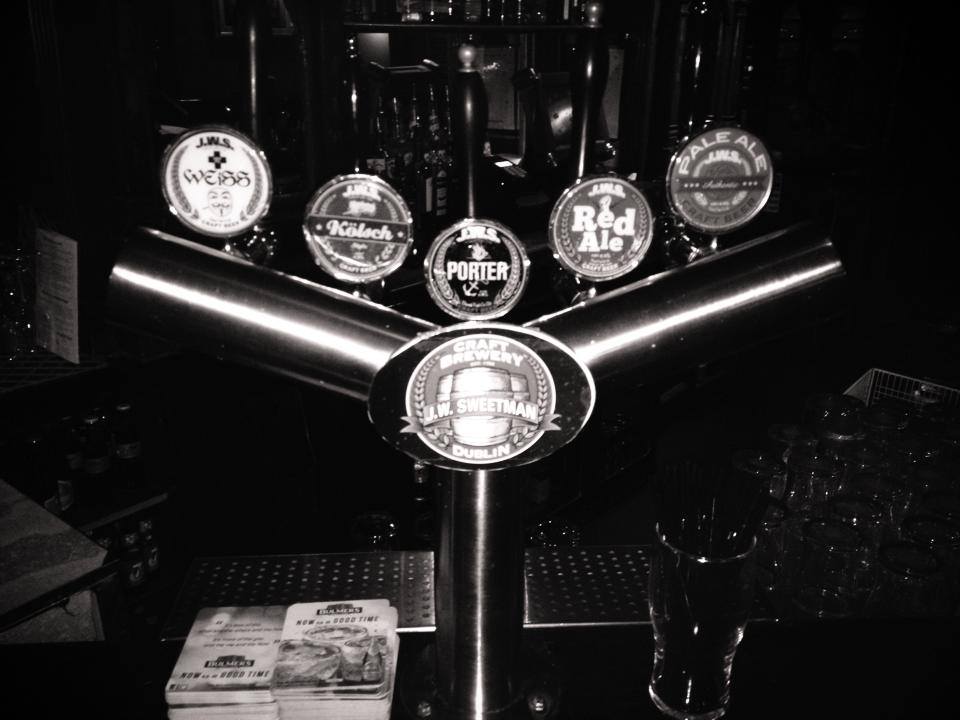 Sweetman have begun their €10 wings and a pint deal recently. The pints are of the JW Sweetman craft beer brewed on-site. They have a selection of 5 to choose from.

McGowans, Free wings during matches. Wings, fries and a pint €9. 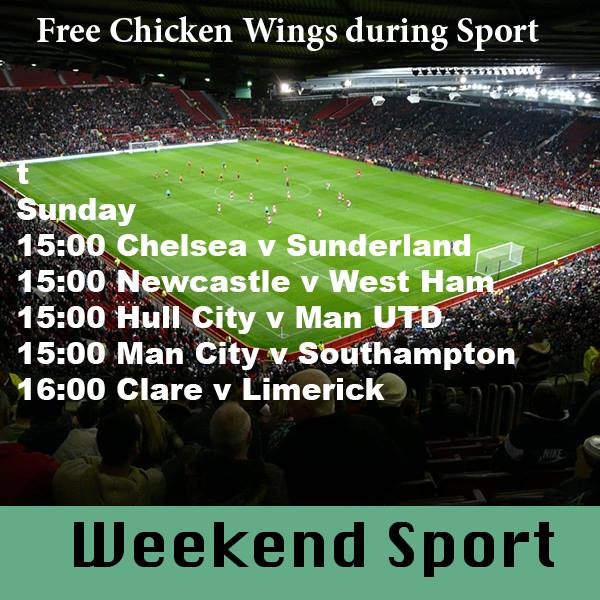 A selection of sport shown in McGowans.

This one could come in very handy when you’re looking for a place to watch a match. They’ll give you free wings during any of the matches or sporting events that they’re showing. It’s a good spot for football and GAA. They’ve also got wings, fries, and a pint for €9. Excellent deal.

The Norseman, Wings and BBQ baby back ribs €11 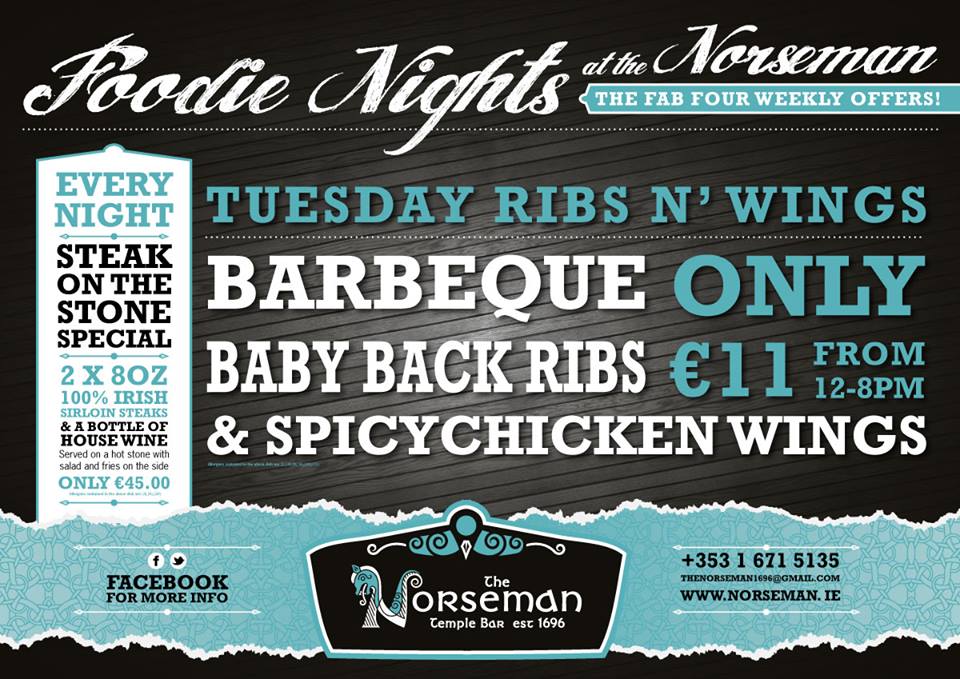 On Tuesdays from 12-8pm they’ve got a meat lovers feast in The Norseman in Temple Bar. It’s one of Temple bars best pubs and you can enjoy some live music after you’ve filled your boots. 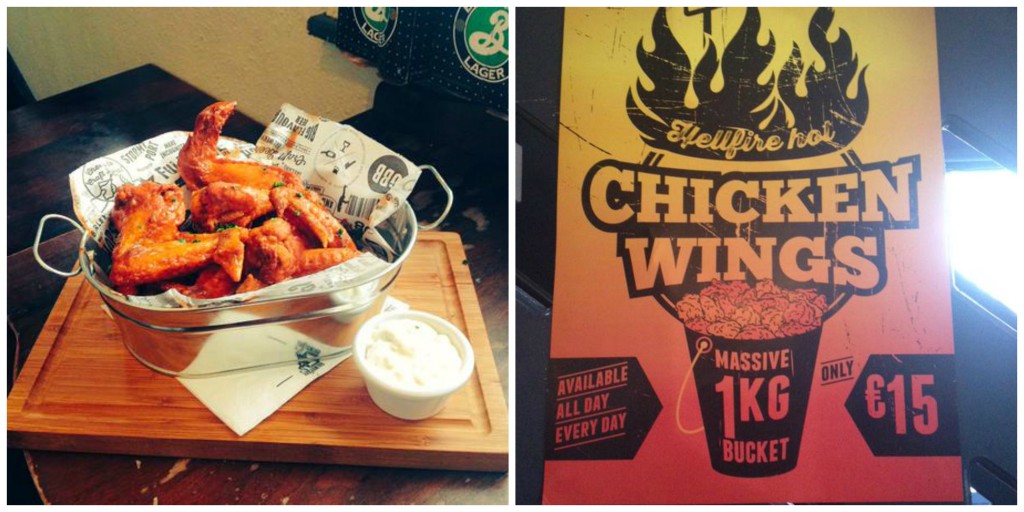 This is the big daddy of wings sharing portions. In any of these pubs you can pick up the colossal bucket and chow down with an excellent selection of craft beer.

Alfie Byrnes, Pound of wings and a Galway Bay pint €10 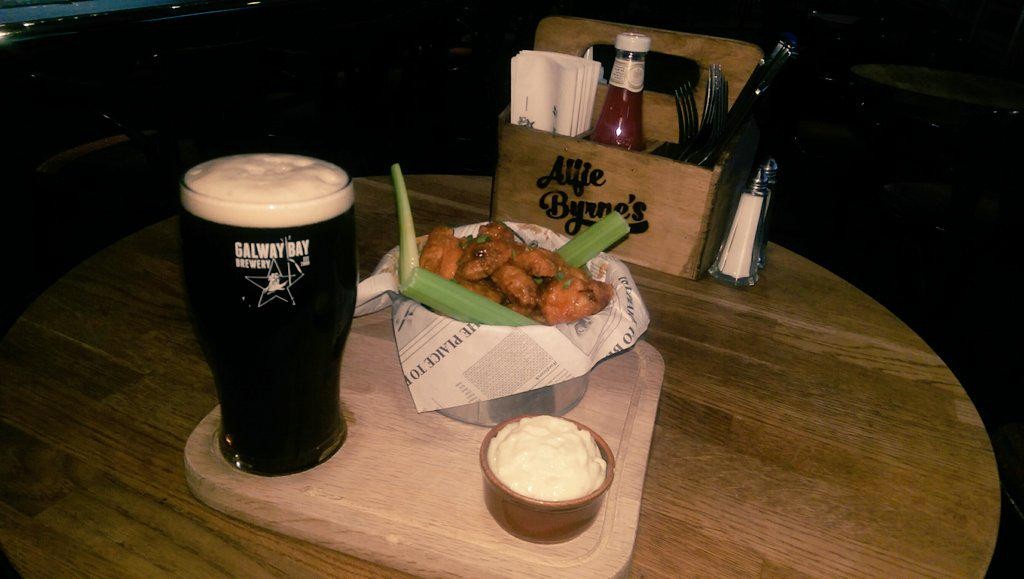 Alfie Byrnes have a second deal for you. You can get a portion of wings and one of their Galway Bay craft beers for €10. 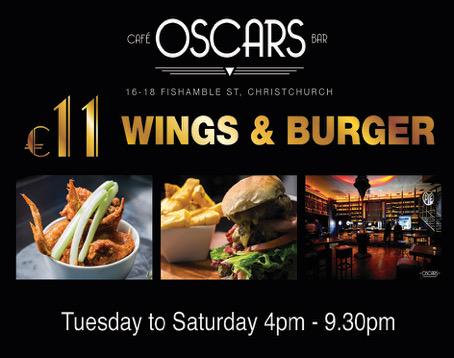 Oscars in Smithfield want to feed you and feed you well. We’ve had the wings and they’re whopper. You can avail of this deal from Tuesday to Saturday 4pm-9.30pm