Dublin pubs were once a place where you were lucky to get even a sandwich. Now, they have become some of the best purveyors of fine food in the city. Since this gastro revolution, some pubs have become known for particular types of food or particular dishes. We’ve put together this list of 16 pubs and 16 dishes that you should really try in Dublin. 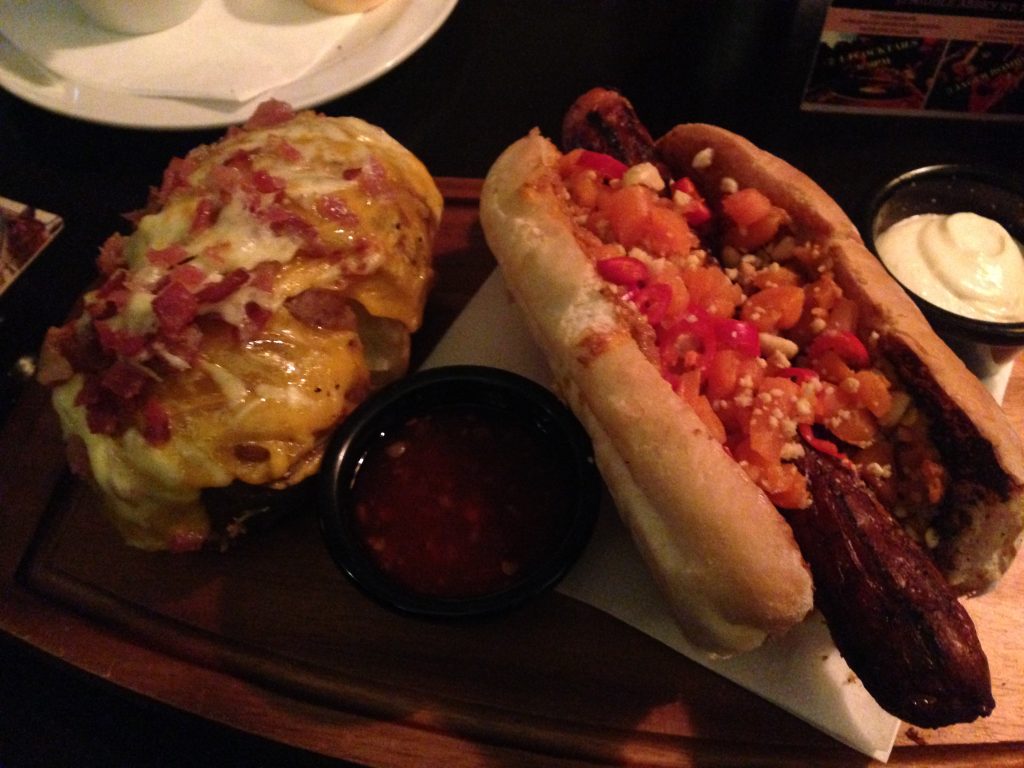 The hot dogs in The Adelphi on Abbey Street are a new invention, but they’ve already become a favourite. Our article on the Adelphi dogs was hugely popular. The dogs are substantial and varied. We went for the Vietnamese dog which had peanut satay sauce, pickled carrots, red chili, and crushed peanuts on top of a generous sausage. Link for more details. 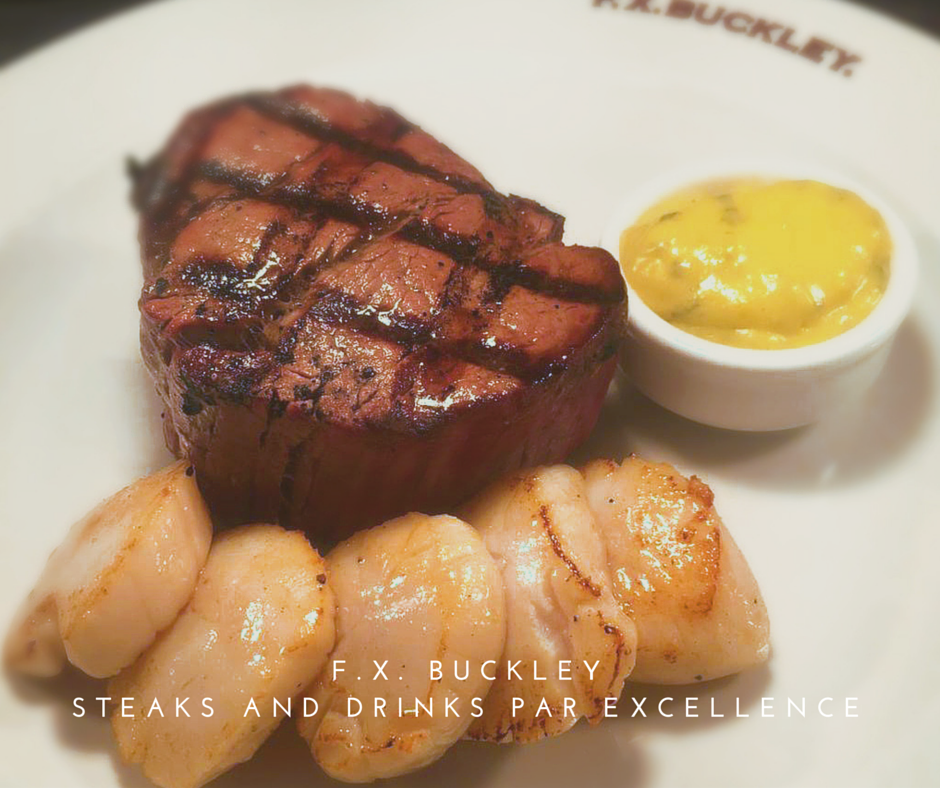 The Bull and Castle has the same owner as the famous FX Buckley butchers of Dublin. As such, their meat selection is of the highest quality. A steak in Bull and Castle is a must do for anyone on a culinary journey in the capital’s pubs. 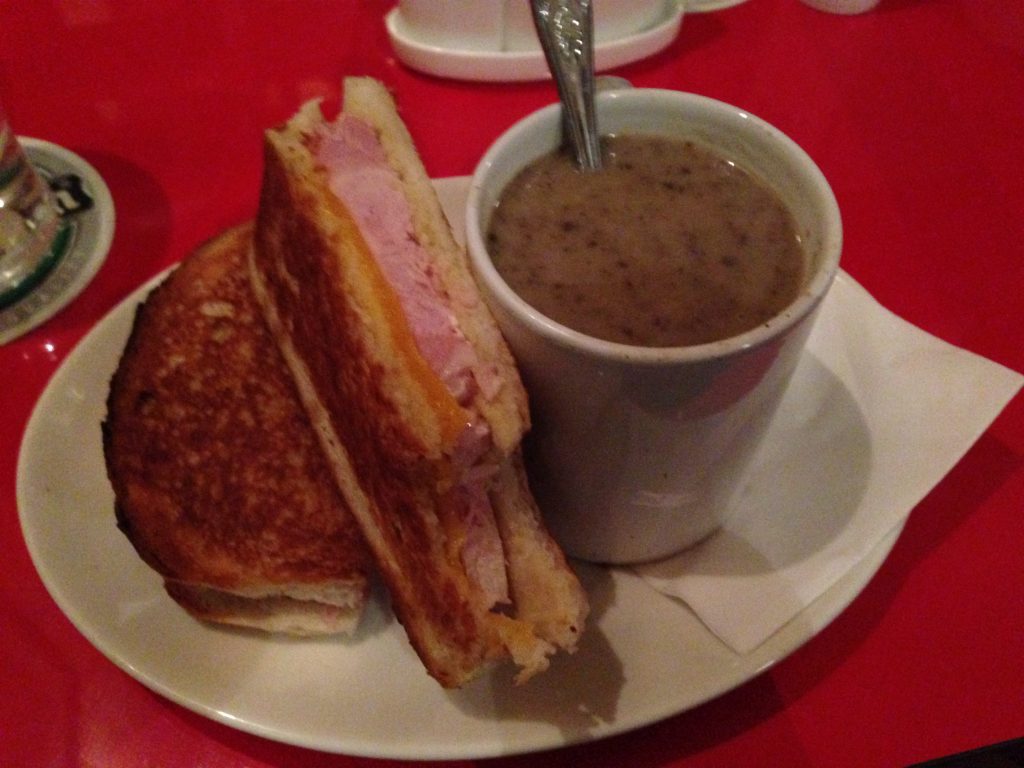 It’s a contentious issue as to who does the best toastie in the city, so we’re including 2 in this list. The first is Mary’s bar on Wicklow street. Their toastie is absolutely superb, and our favourite in the city. It comes with rustic bread filled with real, thick ham, and the usual nostril tickling mustard. Excellent stuff. 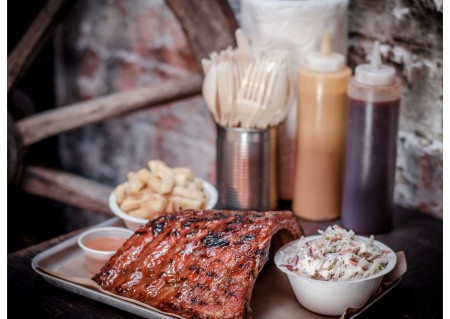 Bison brought BBQ to the quays and it’s hard to find a more satisfying meal. All the meat is slow cooked for hours. Choose from ribs, pulled pork, half chicken, and a selection of sides including beans, slaw, and fries. Mouth watering. 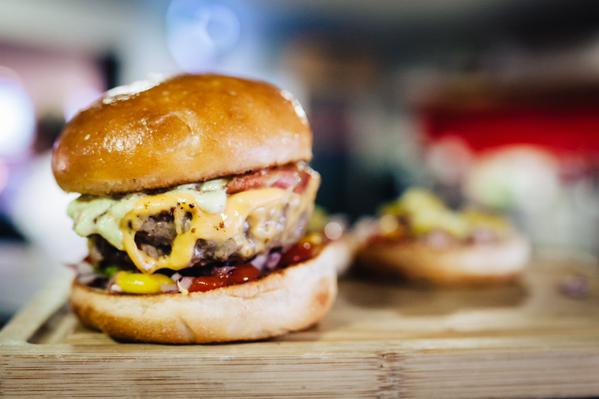 The Generator burger has been much lauded as one of the best in the city, whether it’s a pub or restaurant. If you’re around Smithfield and hungry, this place is well worth a stop. 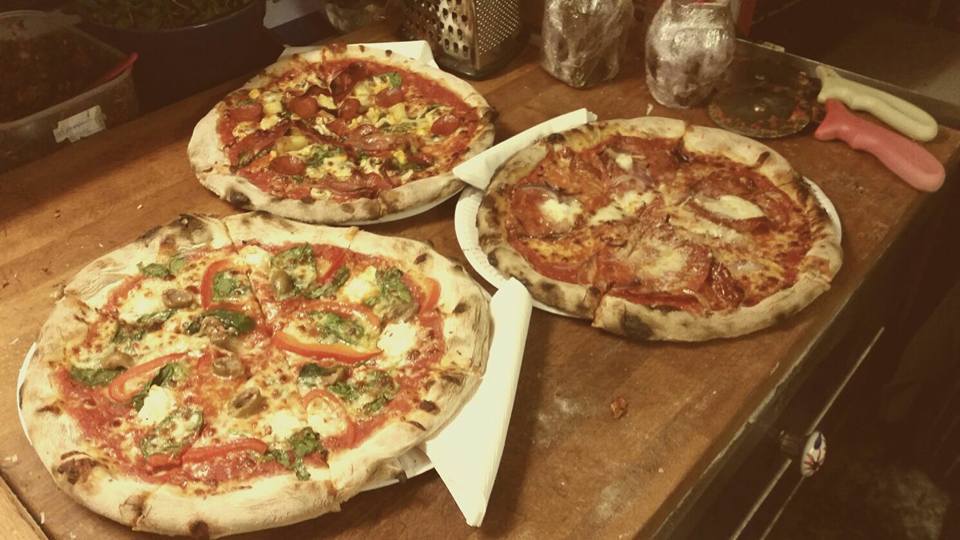 The Big Blue Bus in the beer garden of The Bernard Shaw is well known for serving up an excellent fresh pizza. They make it there in front of your eyes and you can enjoy it on the bus itself or in their beer garden. They have weekly specials and they also give away free pizzas every week to people who share certain names. 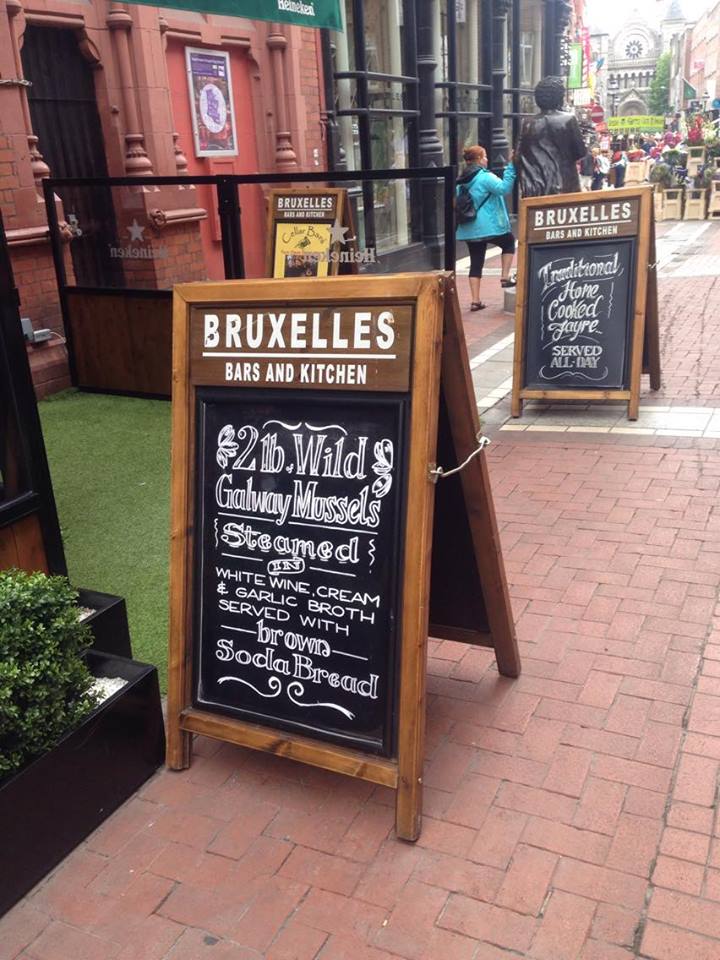 Despite being an island nation, we don’t really have enough of a seafood eating culture in Ireland. Bruxelles are bucking that trend by giving you a massive bowl of mussels as their special. The sandwich board outside the pub advertises their 2lb of wild Galway mussels with white wine cream and garlic broth served with soda bread. Delish. 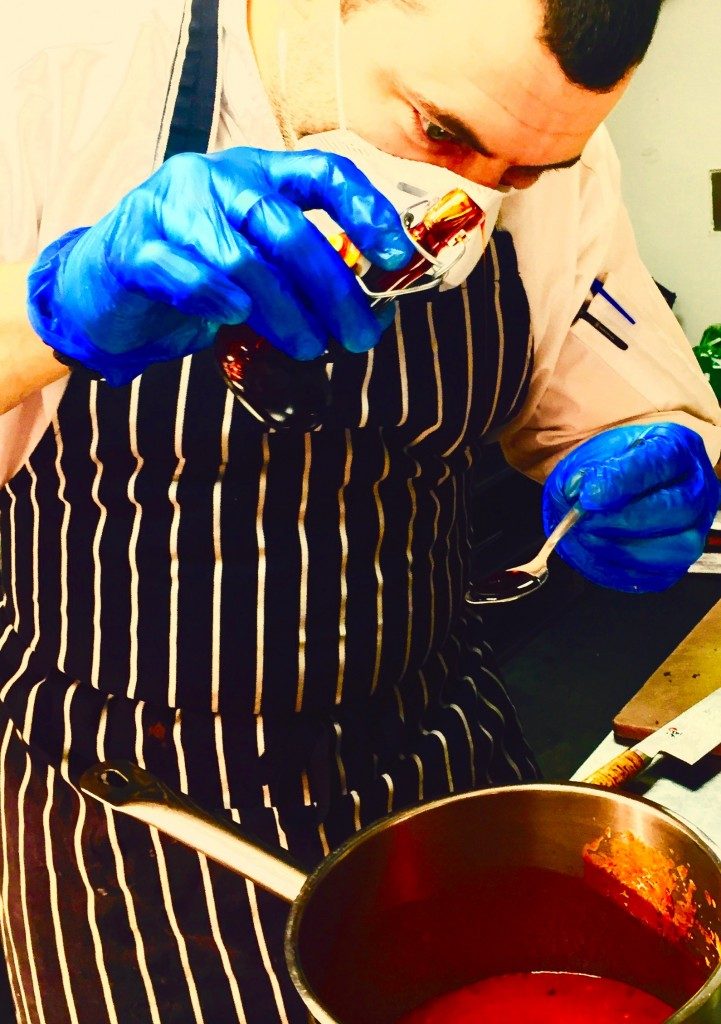 The chef takes precautions when making the sauce.

In February of 2016 Bad Bobs sought to make and serve the hottest and tastiest wings in Dublin. It seems as though it was a success. Their hottest wing sauce consists of Carolina reaper chillis, hot pepper extract, Louisiana hot sauce, and a few other ingredients of their own concoction. It comes served with blue cheese dip and celery. You can read more via this link. 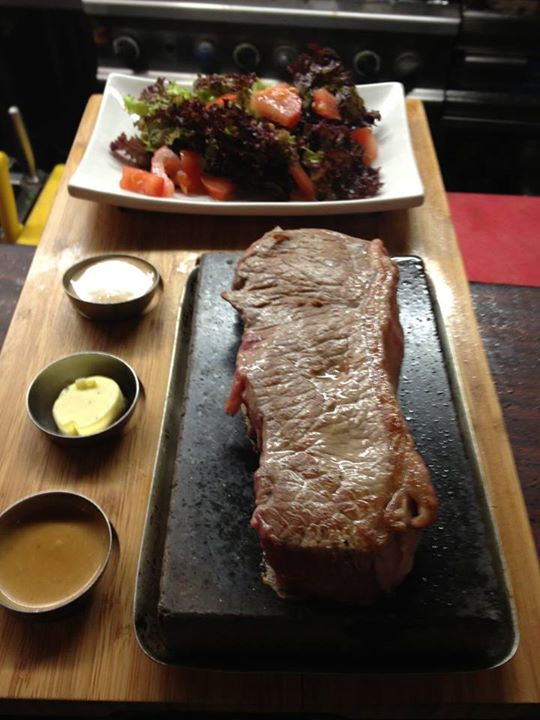 The Lotts steak deal is a fantastic bit of value. In fact, if you go into the cafe bar you’ll see steaks sizzling away on nearly every table. 2 steaks, 2 sides, and a bottle of wine for €35 midweek, and €45 at the weekend. It’s excellent value that keeps tourists and Dubliners flocking back.

Chef Ciaran makes probably the best coddle in the city. It has been featured in numerous international food programs, including Anthony Bourdain’s ‘No reservations’. Despite the dish being likened to ‘a pot of boiled mickeys’, it’s a traditional Dublin favourite. 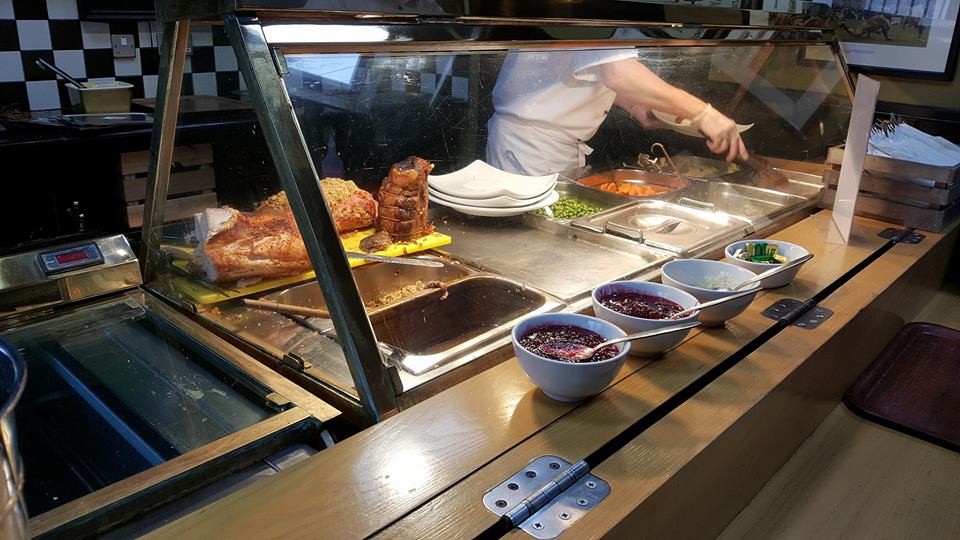 The 51 bar on Haddington road has won ‘best carvery in Dublin’ on several occasions. Sometimes you want an absolute mountain of food served to you with no wait, and a carvery is your only man. 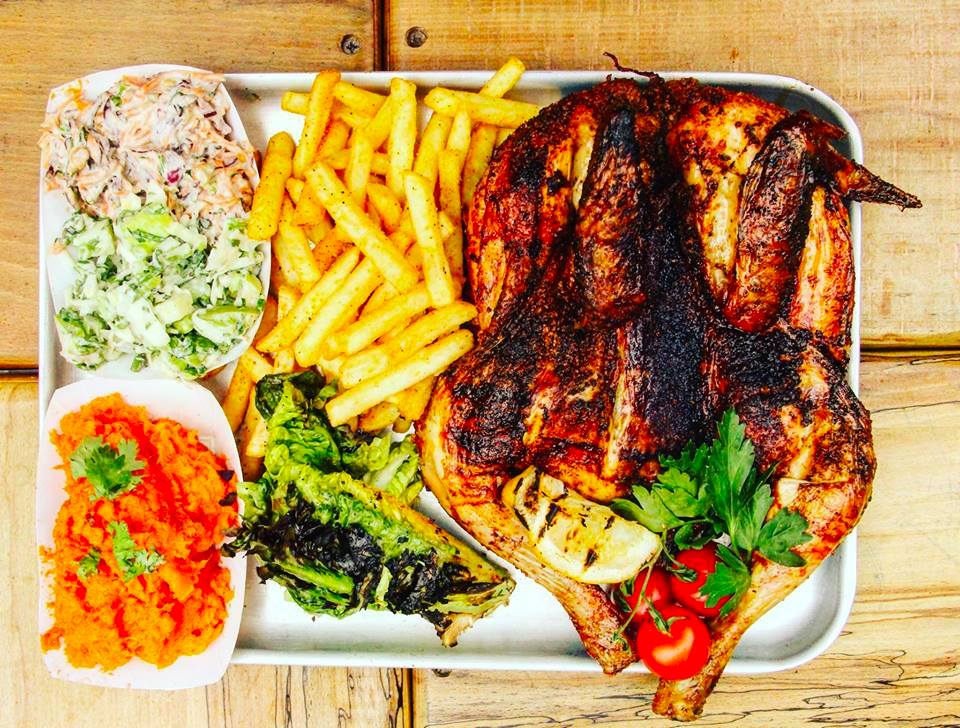 The Square Ball, and it’s sister pub, The Back Page, have been on a mission to change what it means to be a sports bar. They’ve had great success with that, and now they’ve moved their focus to food. The ‘Foul Play’ chicken and sides in The Square Ball look amazing. Exactly the type of food you’d want when watching a match. Plenty of protein to keep you going on their upstairs table tennis tables too. 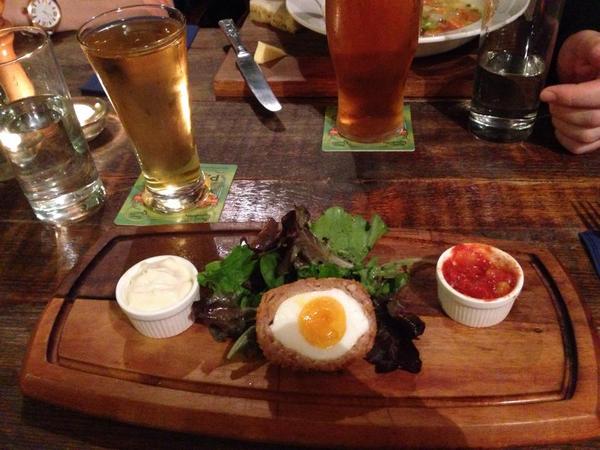 When a new member of staff comes into the kitchen, their first task is to make the perfect scotch egg. This is the test they do in L Mulligan grocer. As a result, they’ve become known for having amazing scotch eggs. Granted, all of their food is amazing, but this is what they are known for and could be considered their signature dish/snack. 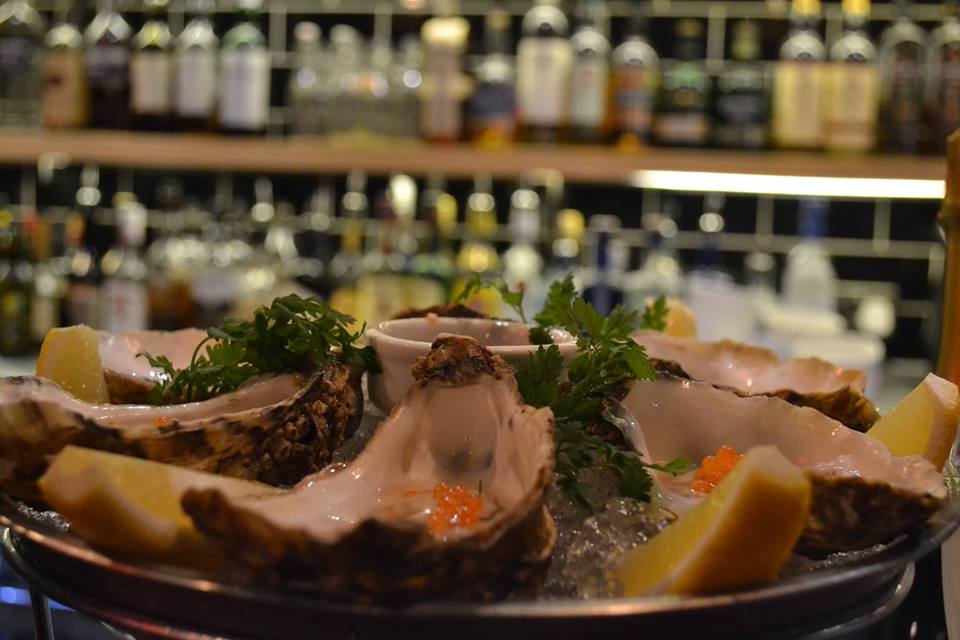 There’s few things we love more in a pub than the combination of a pint of Guinness and fresh Carlingford oysters. Ryans on Parkgate street have run with the idea and opened up an oyster bar in their Victorian era pub. It’s a smashing concept and a delicious accompaniment to a pint. 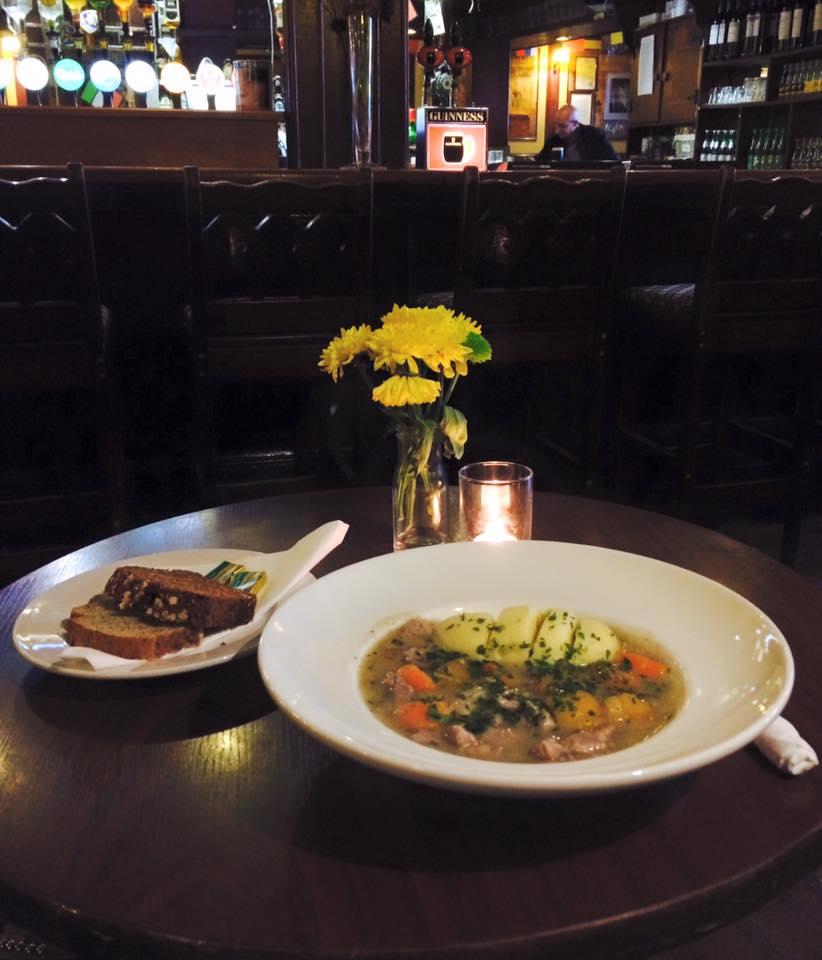 We have to include the most traditional of all dishes in this list. O’Shea’s Merchant do a great job of straddling the line between local and tourist pub, offering tunes and food that isn’t paddwhackery or kitsch. They do a combination of a pint of Guinness and a bowl of stew for €10. That’s a good deal. 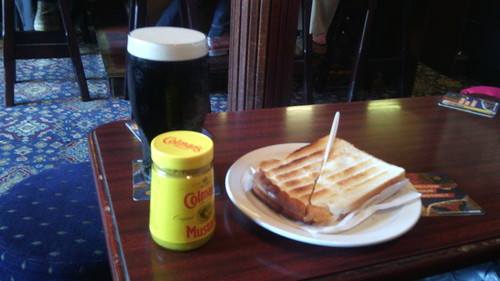 You’re sitting outside Grogans with a few mates and you’re having a few pints. You get peckish, but you don’t want to leave. This is the reason everyone gets a Grogans toastie and the reason why it’s so loved. It may not be the classiest food on this list, but it fills a gap and keeps you in this magnificent pub.