post-title A filling feed in The Teller Room

A filling feed in The Teller Room 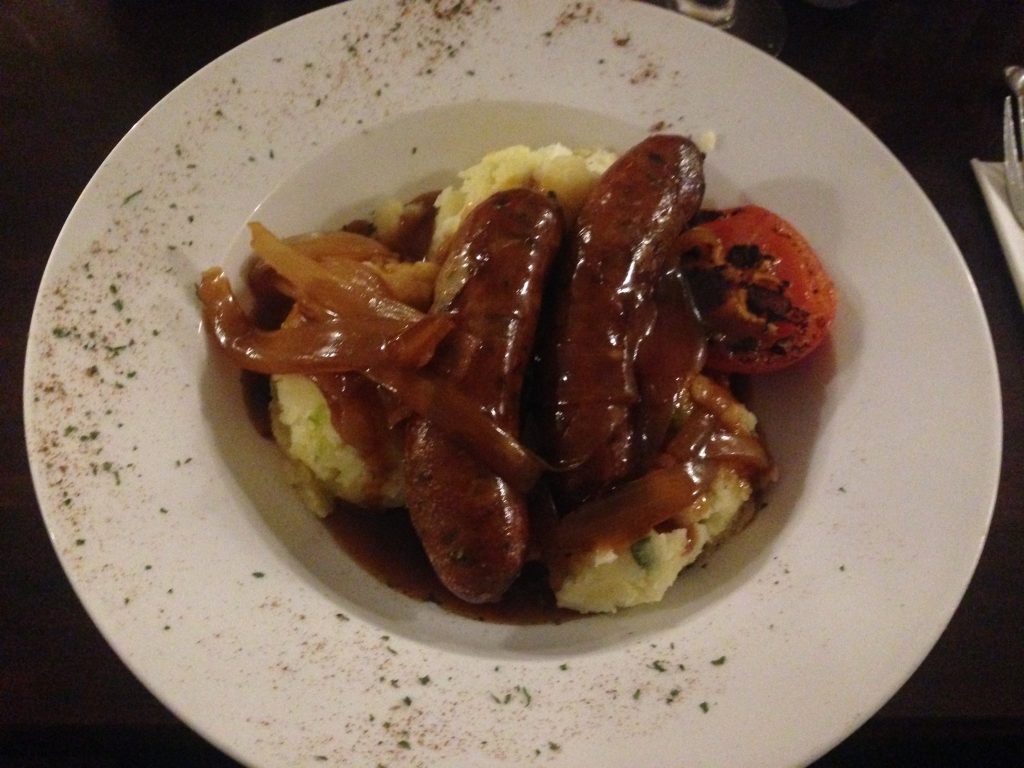 A few weeks ago we had a group meal in The Teller Room upstairs in The Bankers bar on Dame Lane. We’ve eaten there a few times in the past, but it’s been a while, and it’s always worth revisiting to see if standards are still holding up. Well, in short, they are.

The Bankers was one of the first pubs in town to convert what was once a function room into a dedicated dining room. They saw the trend in pubs switching to good quality food, and made space for it above the bustling bar. The move has paid dividends though an increase in trade from locals and visiting tourists. 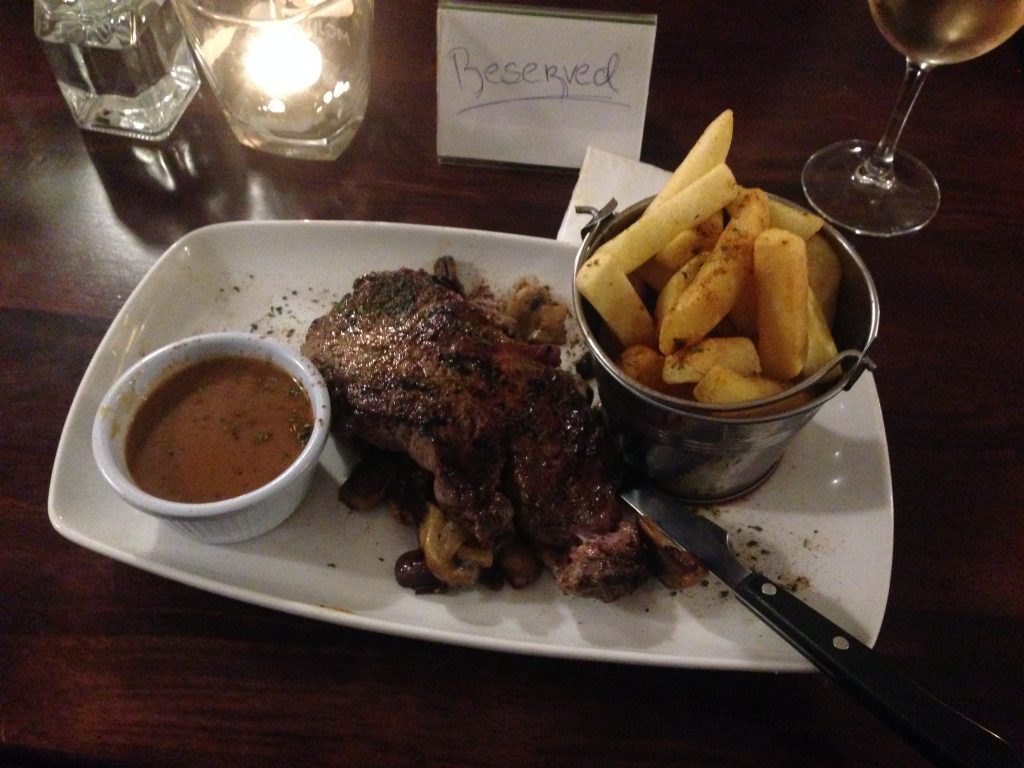 The food in the Bankers isn’t just your standard pub grub fare, it’s tasty stuff, and gives some of the best value in the city. Main courses are in between €11.00-€13.00 and the amount you get on the plate is near unrivaled in the city. It’s a feast. I would say the portions in The Bankers and O’Neill’s Suffolk Street are the two most generous I’ve had so far in the city. (That’s not to say that others don’t offer a similar size. We just haven’t tried them yet). 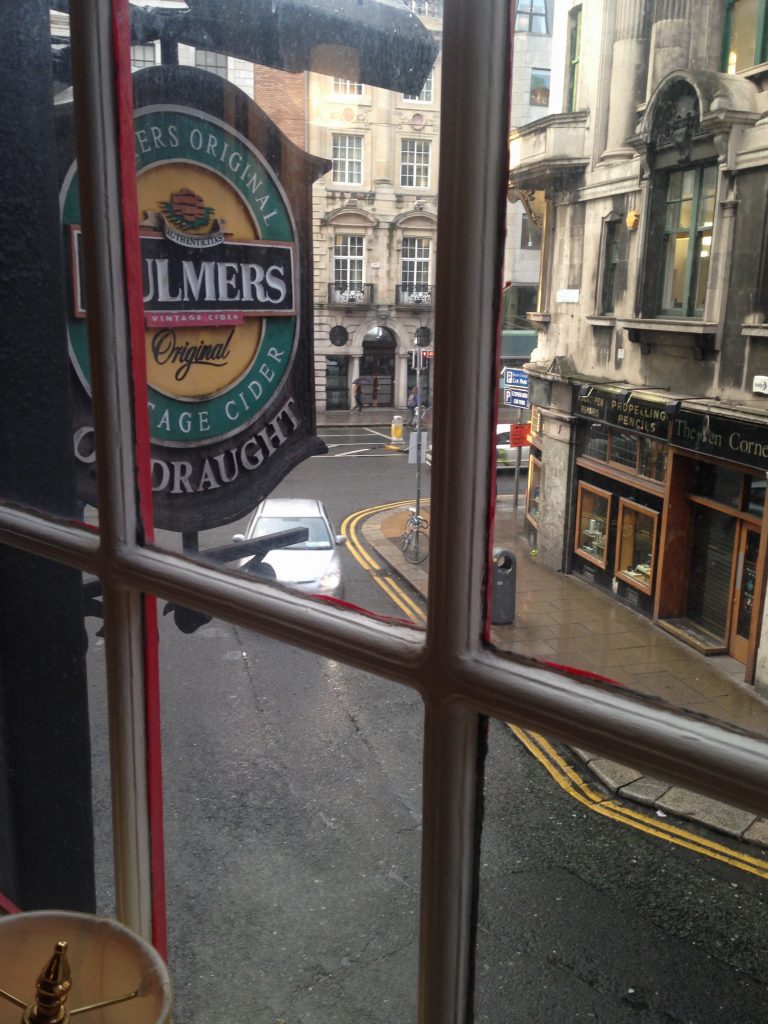 Our group had bangers and mash, steak, stew, fish and chips, and just about everything else on the menu. All belly’s were well satisfied as we left the dining room to go downstairs for drinks. As we had 8 people in our group we were given the window seat at the back of the room. That area feels nearly sealed off from the rest of the room, so it’s a bit more of an intimate experience. There’s also a nice view for some onto Dame street and Trinity street. 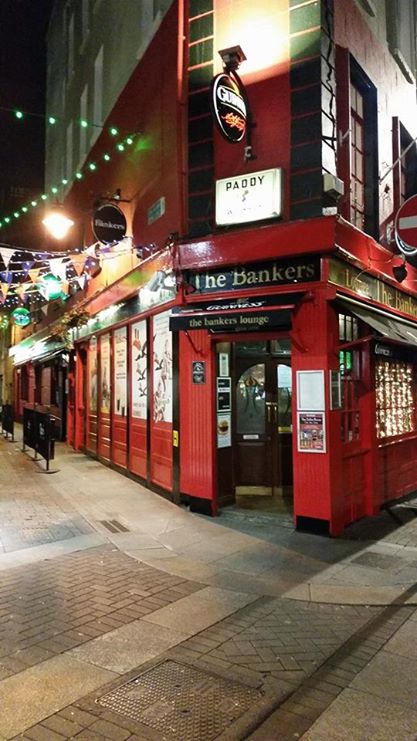 The service from the staff was friendly, polite, helpful, and all around delightful. This isn’t news to us, as we’ve come to expect it from this pub in the past.

If you’re looking for some good value and a full belly in the city, The Bankers bar really hits the spot.