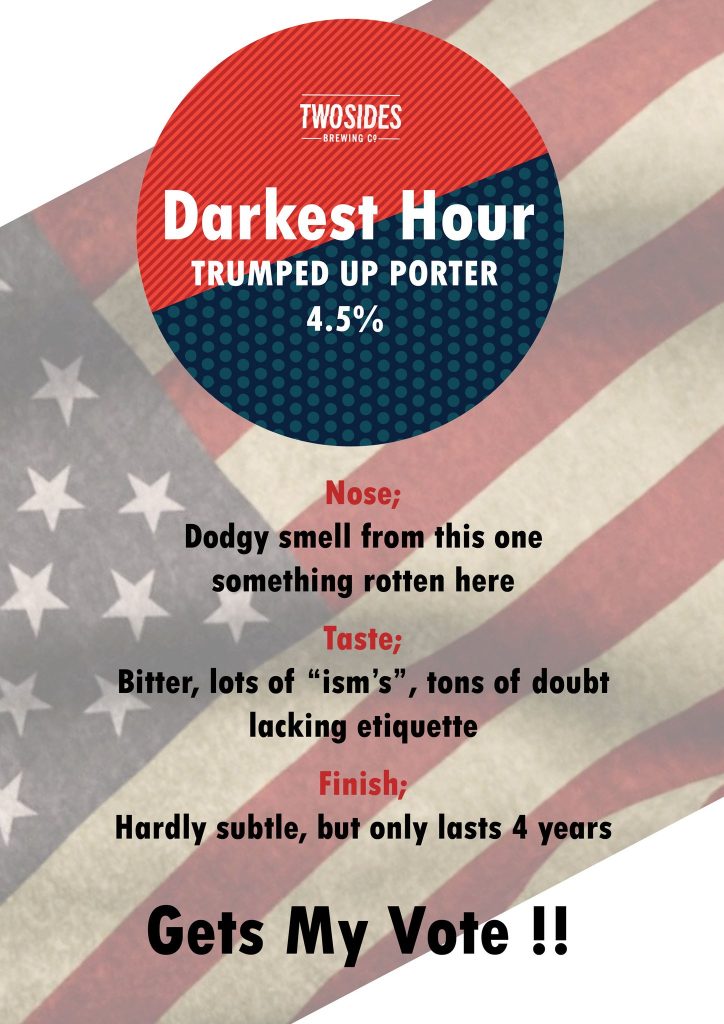 I’m betting they wished they could have launched an alternate Hillary Clinton beer instead.

The description reads as follows: Nose; Dodgy smell from this one, rotten core. Taste; Bitter. Lot of “isms”. Tons of doubt. Lacking etiquette. Finish; hardly subtle, but only lasts 4 years.

You can pick up a pint of it in 57 The Headline on Clanbrassil street.